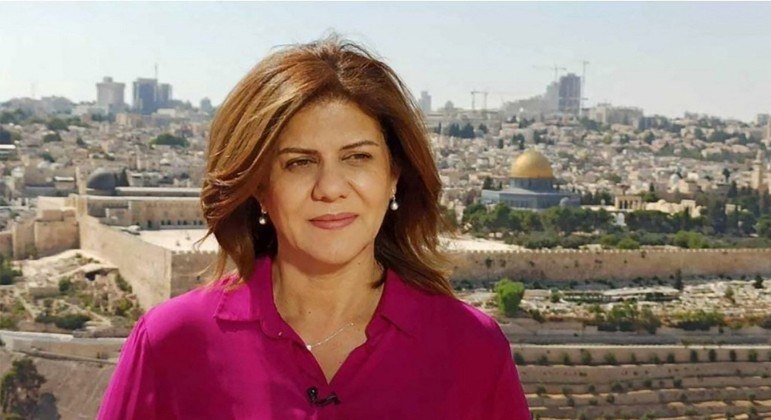 The United States said this Monday (4) that the journalist Shireen Abu Aklehfrom Qatar’s Al-Jazeera television, was likely killed by gunfire from Israeli guns, but that there was no reason to believe her death was intentional.

According to a State Department statement, it was not possible to reach a “definitive conclusion” about the origin of the bullet, which was handed over to the United States for analysis by the PA (Palestinian Authority), which killed the Palestinian-American journalist on May 11. .

“Ballistics experts determined that the bullet was severely damaged, which prevented them from reaching a clear conclusion,” State Department spokesman Ned Price said in a statement. with external examiners.

Abu Akleh was covering journalists in the vicinity of the Jenin refugee camp, a stronghold of Palestinian armed factions in the occupied West Bank, where Israeli forces were promoting an incursion. His colleague Ali Sammoudi was injured in the same incident.

The US Security Coordinator (USSC), which directs security assistance to the Palestinian Authority in coordination with Israel, said both sides had granted full access to their respective investigations in recent weeks.

“By finalizing both investigations, the USSC concluded that firing from IDF positions was likely responsible for the death of Shireen Abu Akleh,” he said, referring to the Israel Defense Forces.

“The USSC found no reason to believe it was intentional, but rather the result of tragic circumstances during an IDF-led military operation against factions of Palestinian Islamic Jihad,” he said.

For his part, Israeli Prime Minister Yair Lapid mourned Abu Akleh’s “tragic” death and said Israel’s investigation determined “conclusively that there was no intention to harm her.”

Israel “will continue to fight terrorism whenever and wherever necessary”, recognizing “the importance of freedom of the press”, it added in a statement.

Abu Akleh’s death sparked commotion in the Middle East. The AP claimed it was a war crime, prompting a denial from Israel, a close US ally that President Joe Biden is due to visit in two weeks.

According to investigations by the AP and the United Nations, the journalists were shot by Israeli forces, which, however, rejected this version. Abu Akleh was wearing a bulletproof vest with the word “press” on it and a helmet, but the bullet hit her just below.

“We remain committed to Israel and the Palestinian Authority for the next steps and demand accountability. Once again, we offer our deepest condolences to the family of Abu Akleh,” the US statement said.

The American conclusions immediately gave rise to contrasting reactions: the Jewish state insisted that it had carried out an examination of the bullet itself, in the presence of American officials, although the Palestinian Authority refused to entrust it with the projectile, while Ramallah denounced a attempt to “hide the truth”.

“We do not accept attempts to hide the truth and we are not afraid to accuse Israel […] who bears responsibility for the murder of Shireen Abu Akleh,” Palestinian Civil Affairs Minister Hussein al-Sheikh commented on Twitter.

The UN High Commissioner for Human Rights concluded on June 24 the responsibility of the Israeli army, but also ruled out a deliberate shooting.

In turn, the journalist’s family said they were “shocked” by the lack of conclusion about the origin of the shooting, in a press release shared on Twitter.