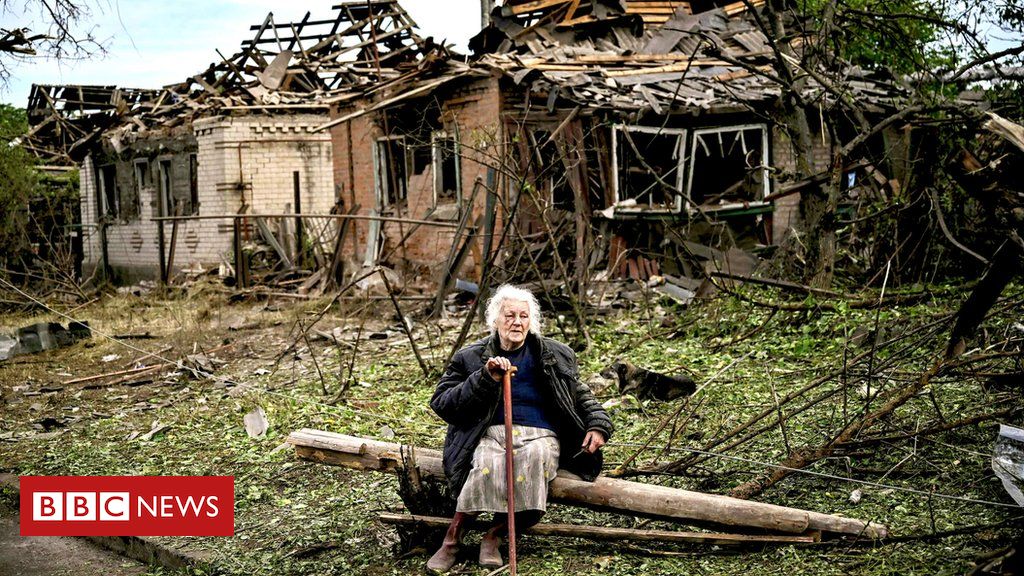 War in Ukraine: How many people have died in the conflict

A Russian air strike on a building in the city of Lysychansk, in the Luhansk region, killed four people who were sheltering there.

In nearby Severodonetsk, two more died after a day of Russian bombing.

Another person died when Ukrainian forces bombed the outskirts of the city of Donetsk.

Four more were killed when Russian forces opened fire on Sadivska, in the Sumy region of northeastern Ukraine.

Those killed in these attacks — all of them on just one day in June — are believed to be civilians.

Deaths like theirs account for more than a third of those recorded in Ukraine since February 24, according to BBC News’ analysis of data from the Armed Conflict Location and Event Data Project (Acled) — a US-based non-profit group. that records political violence.

Experts say the total number of recorded deaths are likely to be underestimates and that the real number must be much higher.

Ukraine and Russia both claim the death toll runs into the tens of thousands, but their claims contradict each other and there is no way to independently verify them.

In trying to calculate the human cost of war, it is necessary to look to a number of sources, including the United Nations (UN), national governments and independent monitoring efforts.

Where are people dying?

This map shows where deaths were reported during the war, up to mid-June.

The southern and eastern areas of Ukraine, along the Russian border, where the ground invasion began, suffered the most violence.

The data is from Acled, which counts individual episodes of violence, such as armed clashes or air strikes, and their locations. The data is confirmed by the local press and partner organizations, which means that the number of deaths reported is lower than from other sources.

Reported deaths where the location was recorded

From February 24th to June 24th. The size of the circles represents the number of deaths. The counter indicates the cumulative total of deaths. Source: Acled

Your device may not support this visualization

In total, Acled has recorded more than 10,000 deaths in Ukraine since the start of the conflict.

How many civilians died?

Based on data from Acled, the BBC identified around 3,600 civilian deaths as of mid-June. The UN confirms around 4,700 deaths during the conflict as of the end of June.

Both claim that their numbers must be far below the real, because of the challenges in verifying war information.

The UN seeks to confirm each death using police, hospital or civilian records.

But Acled’s data only includes those associated with a specific confirmed event — and leaves out people who died for other reasons, such as starvation or lack of medical care.

This is important in places like Mariupol, which has been under siege for a long time, with many civilians trapped in the city.

“In total, we estimate [além das mortes confirmadas] that at least 3,000 civilians died in besieged cities because they could not get medical care and because of the stress on their health in the midst of hostilities,” said Matilda Bogner, head of the UN Human Rights Monitoring Mission in Ukraine.

How are civilians being killed?

The main cause of civilian deaths in Ukraine is bombing and air strikes, according to both the UN and the BBC’s analysis.

However, nearly 1,000 civilians were killed in close quarters attacks, Acled data suggests — many of them at the time of the siege of the Ukrainian capital Kiev.

Under the Geneva Convention and other international treaties, deliberately attacking civilians or infrastructure vital to their survival is a war crime.

Ukraine’s attorney general accuses Russia of committing thousands of war crimes during the conflict, including direct attacks on civilians.

Russia denies all the allegations.

How many soldiers died?

The number of military casualties is sensitive information because it forms the narrative of who is winning the war, says Gavin Crowden of the independent organization Every Casualty Counts, which counts deaths in conflicts.

“Both sides are very aware of this,” he says.

Ukraine has not released any official statistics on soldiers killed during the war.

But in early June, a Ukrainian presidential adviser told the BBC that between 100 and 200 Ukrainian soldiers were dying in the Donbas region every day.

In April, Russia said it had killed about 23,000 Ukrainian soldiers.

The most recent death count was on March 25, when it was reported that 1,351 Russian soldiers had died since the invasion began.

In April, the UK government reported that around 15,000 Russian soldiers had died.

Ukraine regularly releases figures on Russian military deaths — and claims that as many as 35,000 Russians had died as of the end of June.

None of these data could be verified. The UN does not consider the figures released by those involved in the conflict to be reliable.

However, at least 4,010 deaths of Russian soldiers have been individually verified by BBC News Russian (the BBC’s Russian-language news service), which has been recording the names of soldiers who died since the beginning of the war.

Of those identified, 685 were officers and four were generals. Most of the dead are of lower rank, like corporals and sergeants.

These soldiers, whose bodies were repatriated to Russia, were identified by name in state press, social media, in official reports from local authorities or in conversations with people who knew them.

The number of soldiers whose bodies remain in Ukraine or have not yet been identified is unknown.

“Every day, war takes dozens of civilian and combatant lives,” says Bogner. “If human lives matter, these numbers speak for themselves.”