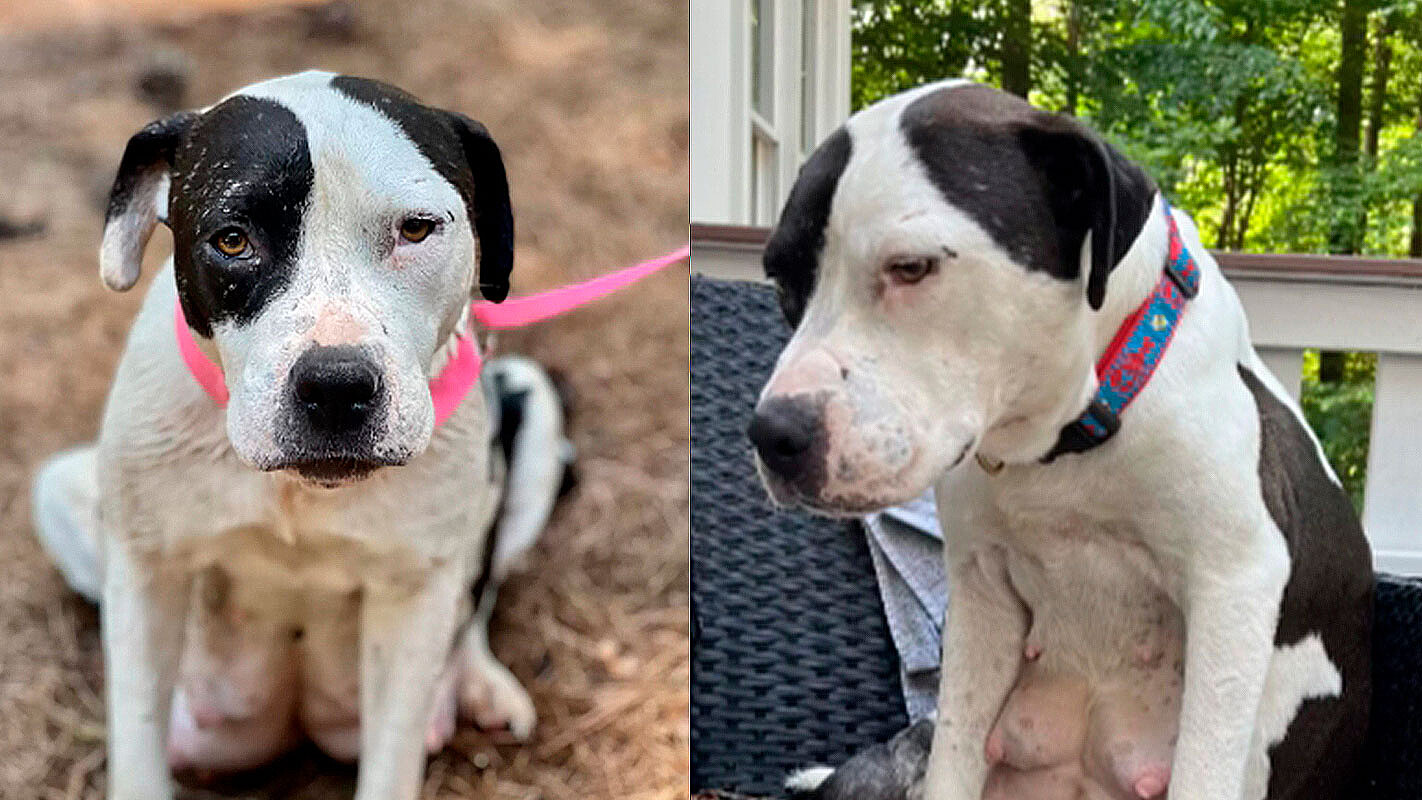 Carter Cifelli, resident of North Carolina, United States, had a surprise when he gave a temporary home to a shelter dog.

The woman named the new pet Poppy, but immediately Carter realized that Poppy was not alone, quite the contrary, she was also taking other puppies to the owner’s house. Simply the cutest gifts!

The volunteer understood that Poppy was pregnant and needed a lot of affection and comfort.

“She just wanted to rest, and I focused on letting her adjust to her space and getting good nutrition,” Cifelli told The Dodo.

After a few days, Poppy was already used to the new home and woke up and repeated the routine of everyday, having breakfast and resting lying in the sun. So the woman thought everything was fine and decided to do a photoshoot of the dog, to enjoy the last days of pregnancy.

During the photos he noticed that the dog started to move a lot and lick something behind her, Carter realized it was a puppy and was amazed at how naturally it all happened.

“She was incredibly calm. I’m sure she’s had kids before and definitely looks like a seasoned mother. She was very calm during labor and knew exactly what to do. There were no complications and all her puppies were healthy!” the owner added.

Mom and puppies were accommodated in a comfortable and soft place. The 7 puppies are getting healthy every day and after 3 weeks they seem active and playful, soon all will be available for adoption including Poppy.

Previous WhatsApp groups will have a waiting list: here’s how it will work
Next Anitta invites “Envolver” star to show in Switzerland