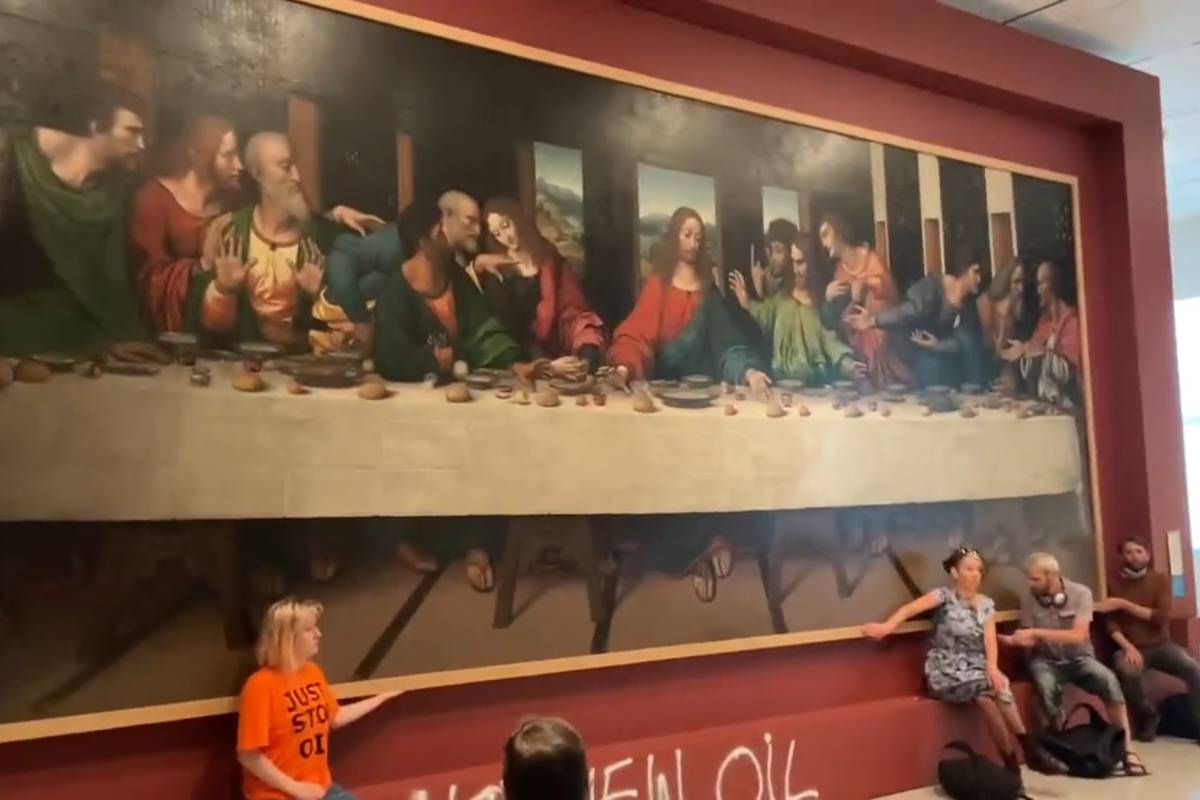 In protest against the British government’s new oil and gas permits, activists from the Just Stop Oil group glued their hands to a replica of Leonardo Da Vinci’s “The Last Supper” on display at the Royal Academy in London on Tuesday. Below the board, protesters spray-painted the phrase “No New Oil” and raised alarm about the risks of new licenses for the future of the world.

“When I was a professor, I brought students here. It seems unfair to expect them to respect our culture when the government is determined to destroy their future with new oil and gas projects,” said activist Lucy Porter. The protesters also highlighted how no work from that gallery would be as valuable as the lives at stake due to environmental problems.

In the second, members of the same group went to another London museum, the National Gallery, and covered John Constable’s 19th century work “The Haycart”, with an updated version that, from the same angle as the original painting, exchanges the bucolic setting for an “apocalyptic vision of the future”, as the pair of protesters defined it, where the countryside is destroyed by unbridled progress.

Hannah Hunt stated that with the new permits, the UK government becomes “complicit in pushing the world into an uninhabitable climate and in the death of billions of people in the coming decades”.

Just Stop Oil has staged a series of similar protests with works also in Manchester and Glasgow – including Van Gogh’s “Pink Peach Tree in Blossom” – as well as disrupting the British Formula 1 Grand Prix in Silverston, sitting on the track. They also say that they will only stop when the British government comes up with an adequate response to the matter.

Recently, a protester also drew attention to environmental issues by hitting the “Mona Lisa”, also by Da Vinci, at the Louvre Museum with a pie. The 36-year-old man was arrested and placed in the psychiatric ward.