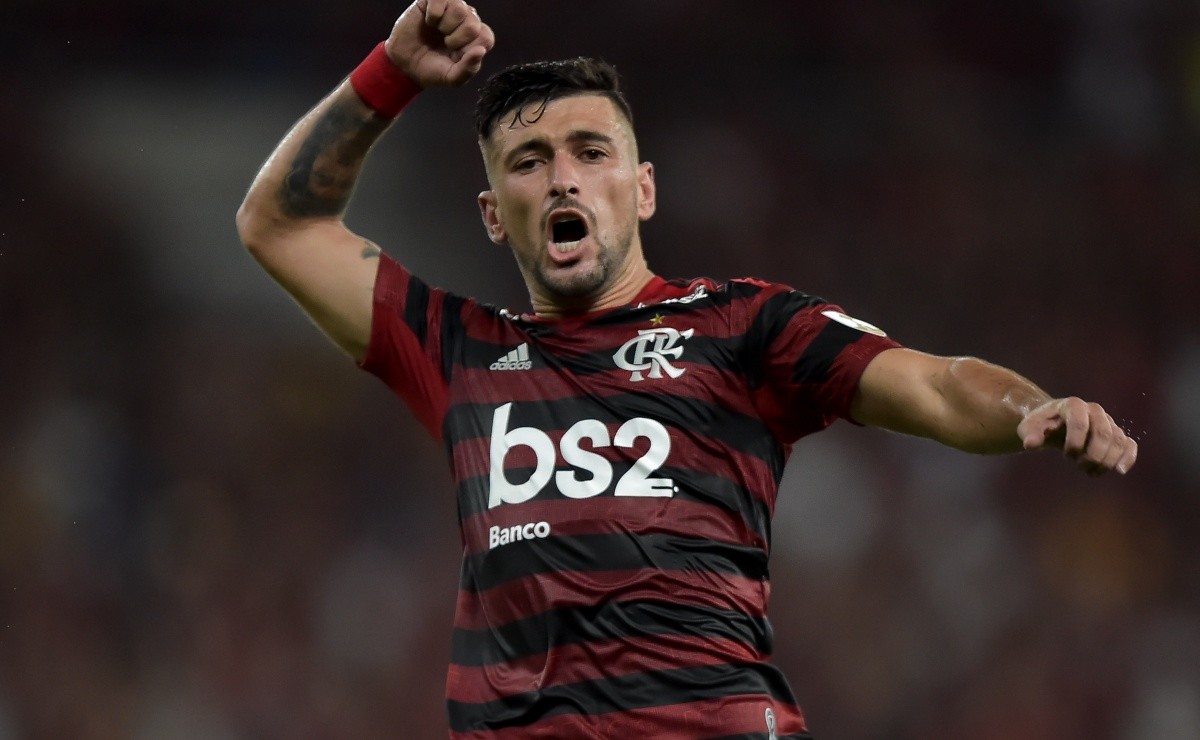 Arrascaeta and +9; With the arrival of Vidal, meet the foreigners who played the most in Flamengo

Mengão fans can’t stand the anticipation of seeing the Chilean Vidal enter the Maracanã field. Still without an official announcement, the Rubro-Negros will have a world-class athlete, with passages through some of the biggest clubs in Europe. Despite never having worked in Brazil, the language should not be a problem for the South American. That’s because the steering wheel will at least be joined by Arrascaeta, another Spanish-speaking foreigner. To feel even more at home, Vidal must know the trajectory of other gringos who made history in Fla.

During the 2000s, Flamengo was disappointed with the arrival of some foreigners, who did not live up to expectations. However, when studying the history of the Club it is possible to see that many gringos marked the name in Rubro-Negro. Legendary coaches such as the Paraguayan Solich and the Portuguese Jorge Jesus passed through here. In defense, goalkeeper Fillol and defender Gamarra marked an era. Vidal still has a Chilean to look up to, Héctor Parra was the first Latino in the Club. But who were the gringos who played the most in Flamengo?

Meet the foreign players who played the most with the Sacred Mantle:

The Englishman Sydney Pullen played for Flamengo in another era of the Club, very different from what is known today. Arriving in 1915, just three years after the creation of the football team, the athlete was the third foreigner in the history of Rubro-Negro. The midfielder quickly fell in favor of the crowd, winning over Carioca in his first year in Fla. Pullen would still play for the Brazilian team in 1916, in the South American tournament, before being called up by England for World War I. In all, there were three cariocas and 47 goals for Mengãountil he retired in 1923.

Agustín Valido was the idol of two of the biggest clubs on the continent: Boca Juniors and Flamengo. Formed at the base of the Argentines, the player arrived at the Rio team after a friendly against Rubro-Negro. The biggest achievement by Mengo was the 1944 Carioca title goal against Vasco, Urubu’s first tri-state. In addition to being the 7th highest scorer in Gávea, with 45 goals, Valido has a curious account of the final against his rival. The player was retired, came back only to play the decision. The rest is history.

To imagine a player being so remarkable as to name a position. This happened with Carlos Volante, a defensive midfielder who revolutionized the nomenclature of the sport in Brazil. When he arrived at Flamengo, in 1938, the Argentine already had stints at clubs in France and Italy, such as Napoli, for example. THE athlete’s high defensive ability helped the Club to conquer the Cariocas of 1939, 1942 and 1943. If the position before was marked by physical strength, Volante showed in his 150 games for Mengo that he could be technical and skilled.

This is perhaps the most famous “63kg of clean rump” in Brazil. Giorgian De Arrascaeta arrived in Gávea in 2019 to make history. Considered by many to be the greatest foreigner in the history of the Club, the athlete still writes his trajectory. So far there are 168 games for Rubro-Negro, including titles of Libertadores, Brasileiro, Carioca, Recopa Sudamericana and Supercopa do Brasil. The Uruguayan recently surpassed Valido and Pullen and is the Club’s 4th leading foreign scorer. Close to 50 goals, Arrasca tries to beat Petkovic’s mark.

Although the departure of the Colombian Gustavo Cuéllar was not so pleasant for the fans, the athlete helped the team during a good time in which he was on the field. It is no wonder that the steering wheel is in 6th place on this list. On a reconstruction period of the Rubro-Negro team, the athlete balanced defensive marking and quality in the attack. The goal from outside the area against Santos, in the 2017 Copa do Brasil, helped the team reach the final that year. Carioca champion of 2017 and 2019, the player was still present at the beginning of the Brazilian and Libertadores campaign last year.

Like Cuéllar, Paraguayan Francisco Reyes also faced difficult times at the Club. At different times, the affection acquired by the fans was also much greater for the defender. Reyes arrived at Flamengo in 1967, when the Rubro-Negro hasn’t won a Carioca for two years, reaching nearly seven when the taboo was broken. The athlete went from being rejected and loaned by Mengo, to ace elected the best in the position by the Silver Ball Award in 1970. In 1972, the conquest of Carioca sealed the passage by Fla.

Idol at Flamengo, Dejan Petkovic is one of the most remembered gringos by the fans. With the right to a flag in the stands, the Serbian starred in a emblematic carioca decision. In 2001, Flamengo lost the state title until the 43rd of the 2nd half. Due to the defeat in the first game, Rubro-Negro needed to win with two goals difference. By default, Pet brought emotion to Maracanã and marked his name in the history of the Club. He even returned in 2009being Brazilian champion alongside Adriano. The midfielder is the team’s 3rd top foreign scorer, with 57 goals.

Flamengo carefully watched the 1949 Copa América, especially the Paraguayan National Team. From there would come a signing that marked the history of the Club. symphorian García was the second foreign goalkeeper to play for Mengo, being presented with the euphoria of the crowd. In his debut, the athlete showed his potential, securing a 3-1 against Arsenal in London. García played an important role in winning the Carioca tri in 1953, 1954 and 1955. He played alongside idols such as Zagallo, Esquerdinha, Dida and Evaristo de Macedo.

The years that preceded the titles of the 80s were important for the formation of the legendary Flamengo team. Later champions of the Brazilian, Libertadores and Mundial, Rubro-Negro revealed what would become the biggest idols of the Club in the 70’s. Before Zico and Júnior, it was an Argentine who assumed the role of ace in Gávea. Narciso Doval joined the team in 1969 and after 263 games, became Mengão’s top foreign scorer, with 95 goals. The player was champion of Carioca twice with Manto, in 1972 and 1974.

The Paraguayan midfielder Modesto Bria started making music in the flamengo field in 1943. That’s because he was the composer Ary Barroso who brought the Paraguayan Nacional’s jewel to the Gávea team. With the Mengão shirt, Bria played for 11 years and became the foreigner with the most games for the Club. Champion of the Campeonato Carioca in the editions of 43, 44 and 53, the player retired for Mengo after passing through Santa Cruz de Recife. He would return to the team as a coach, in 1955, for the youth team. Years later, he helped reveal Zico. O Botafogo stayed out of NBB 2022/23 for not yet having the required financial guarantees, …