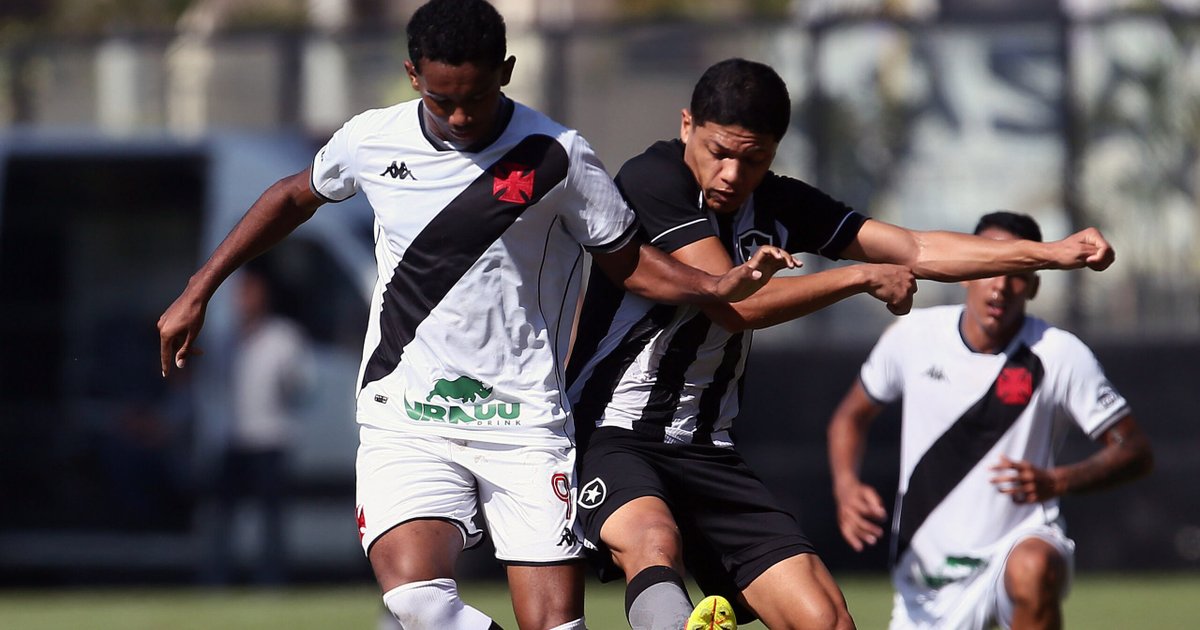 Base: Botafogo loses again to Vasco by 2 to 0 and falls in the semifinals of Carioca Sub-20

O Botafogo lost again to Vasco da Gama by 2 to 0 on the morning of this Wednesday, in São Januário, and was eliminated in the semifinals of the Campeonato Carioca Sub-20. Glorioso had already lost the first match, at CEFAT, by the same score, and now the focus is 100% back to the Brazilian of the category.

Needing a three-goal victory due to the regulations, Botafogo had chances to at least dream of a comeback, but they didn’t take advantage of them. In the ninth minute, Brendon hit the post, in a submission from Wendel. In the 40th minute, side Jefinho suffered a penalty, but Raí hit out and missed. Two minutes later, Kauê made a nice move and got right in front of the goal, but went wide.

Vasco, who also created dangerous chances in the first half – including a Lucas Eduardo ball on the crossbar, in stoppage time – killed the duel in the final stage. After two minutes, Erick Marcus opened the scoring, with a header, in a “phantom goal” – the ball did not seem to cross the line, but the assistant validated the bid. The second goal came in the 39th minute, with GB, in a failure by goalkeeper Gabriel Toebe.

Botafogo now turns its focus to seek rehabilitation in the Brazilian Under-20 Championship. Coming from three defeats and in the eighth place of Group A, Glorioso receives the lantern Fortaleza next Sunday, at 15h, at CEFAT. Afterwards, he will visit Palmeiras, on the 17th, at Arena Barueri.