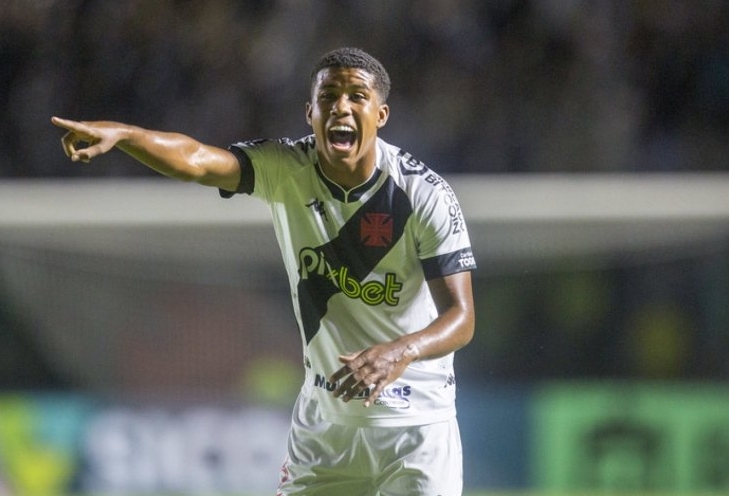 Boletim do Vasco: 5 news from Cruzmaltino that rocked today (05/07) | fans

While Vasco will only enter the field next Saturday, against Criciúma away from home, Cruzmaltino remains harassed by Barcelona. Catalans want to take the Vasco jewel at all costs. Read the five most popular news from Vasco.

Refusal of proposal by Andrey Santos

According to Globo Esporte, Andrey Santos’ businessmen said “no” to a proposal of 10 million euros (R$ 55.3 million) from Barcelona for the 18-year-old midfielder. Initially, the Catalans’ plans, for the holder of the midfield of Maurício Souza’s team, would be for the athlete to play in team B. The money offered would be divided into six million euros for the carioca club, in addition to another four million in goals. and contractual triggers. However, Andrey Santos’ staff did not take the proposal to Vasco da Gama’s attention, as it would not be interesting for the athlete, who has a contract until August 2023.

With 777 Partners imminent to acquire SAF from Vasco da Gama, the arrival of reinforcements is now being planned. However, the North American group should not spend so much in the next transfer window, which will start on the 18th. The tendency is for four athletes to come to start. In addition, striker Alexandre Pato would have been offered to 777 Partners, according to the newspaper O Dia.

In this way, coach Maurício Souza reinstated right-back Léo Matos, who had been out of action for almost four months and started in the 0-0 draw with Sport, on Sunday (3). The athlete was out of Zé Ricardo’s plans. However, due to Gabriel Dias’ injury and Weverton’s insufficient performance, Léo Matos ended up being called. His last match had taken place in a 1-0 loss to Flamengo, for the Campeonato Carioca on March 20.

Tickets for upcoming away matches

For the game against Criciúma away from home, there are no more tickets for Vasco. Entries were sold out this Monday (4). Thus, 1,900 Vasco fans are expected at the Heriberto Hülse stadium, for the confrontation next Saturday (9) at 16:30 (Brasília time), for the 17th round of the Brasileirão Série B. On the 16th, the club from Maranhão has already put the tickets on sale. The sectors destined for Vasco residents at the Castelão stadium, in São Luís, cost R$ 50.00. For mixed fans, the value is R$ 70.00. Thus, in both, it is also necessary to take a kilo of non-perishable food.

Vasco announced two changes in the medical department. The Doctor. Marcos Teixeira and nutritionist Leonardo Acro left the club. So the replacements have already been hired. However, the names have not yet been revealed.

Previous Libertad takes the lead, but Athletico-PR gets a draw to advance in Libertadores
Next Playlist Antena 1: the 10 best songs by Ed …

Source: Getty Images Renato Paiva was made official as coach of Bahia for 2023 and …