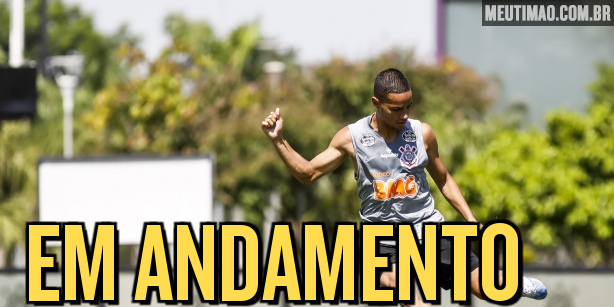 Forward loaned by Corinthians must be negotiated with Portuguese football; know everything

Striker Madson is close to being traded with Portuguese football. Loaned to Estrela da Amadora, from Portugal, in the last European season, the player has negotiations with teams in the country and must be released by the board – Corinthians’ idea is to keep a percentage of the rights for future negotiations.

Madson was promoted to the Corinthians professional team after excelling in the youth ranks. Unable to establish himself in the main squad due to the change of coaches faced at the time, the youngster was loaned to Fortaleza and then to Santa Cruz, before heading to Europe.

According to the club’s latest balance sheet, Madson has 50% of the economic rights linked to Timão. That is, it is possible that there will be a free release and the maintenance of this percentage aiming at an appreciation of the 22-year-old athlete.

The procedure is similar to what was done with other names that recently left Timão, such as the midfielders Sornoza, given to Independiente Del Valle, and Araos, now at Necaxa, in Mexico.

Madson should not even be reinstated to the squad, unlike the trio who also return from loans to other clubs. His contract with Corinthians is valid until December 2023.