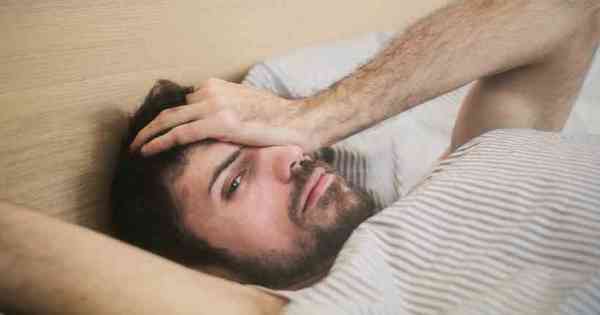 Hangover pill: find out how the medicine that arrived in the UK works – Sade

The hangover may be out of date. This is what the Myrkl medicine promises, available for purchase in the UK since last Monday (4/7). The drug can reduce discomforts such as headache, vomiting, dry mouth, thirst, nausea and general malaise, among others, by up to 70%, as often happens the day after drinking alcohol, especially in high doses.

The drug is developed by the Swedish pharmaceutical Faire Medical, in conjunction with the Institute of Science and Health Pftzner, Germany. The mechanism of the remedy consists of transforming the alcohol that remains in the individual’s body, after drinking, into non-toxic compounds, from the action of microorganisms contained in the formula.

With the use of the drug, alcohol, which would normally be broken down by the liver into acetaldehyde (a substance that produces toxic acids in the body, causing a hangover), is processed by the intestine.

Myrkl, according to the manufacturer, releases a variety of bacillus-type bacteria, as well as the amino acid L-cysteine, which cause the alcohol to be converted into water and carbon dioxide, and not into acetaldehyde. Microorganisms also have vitamin B12, an additional aid to invigorate the body after a state of intoxication.

The drug is launched in the context of British culture, where social drinking is a habit. The drug is intended to help drink lovers, whether parents, young people, the elderly or workers, who want to have an active social life, without the harmful effects of the drink, as informed by representatives of the company responsible for developing the product.

The indication is that the medication is taken in two tablets, one hour before drinking. The effect of the drug, which begins soon after ingestion, continues for 12 hours in the body. With 30 minutes after consumption of alcoholic beverage, the reduction of the concentration of alcohol in the blood reaches 50%.

The effectiveness of Myrkl was tested in studies promoted by the manufacturer. It was found that people who drank two glasses of wine, before ingesting the pills, absorbed 70% less alcohol, in parallel with those who did not.

The product, which also intends to favor the energy and immunity of users, can only be purchased on the internet, through the brand’s electronic address. A box containing three units of medicine costs just over R$190 (£30). Such is the promised benefit that the medicines have already run out in the UK.

Previous Kross 10′ tablet: above average configuration and good value for money
Next Natalie Portman is the great heroine of ‘Thor: Love and Thunder’