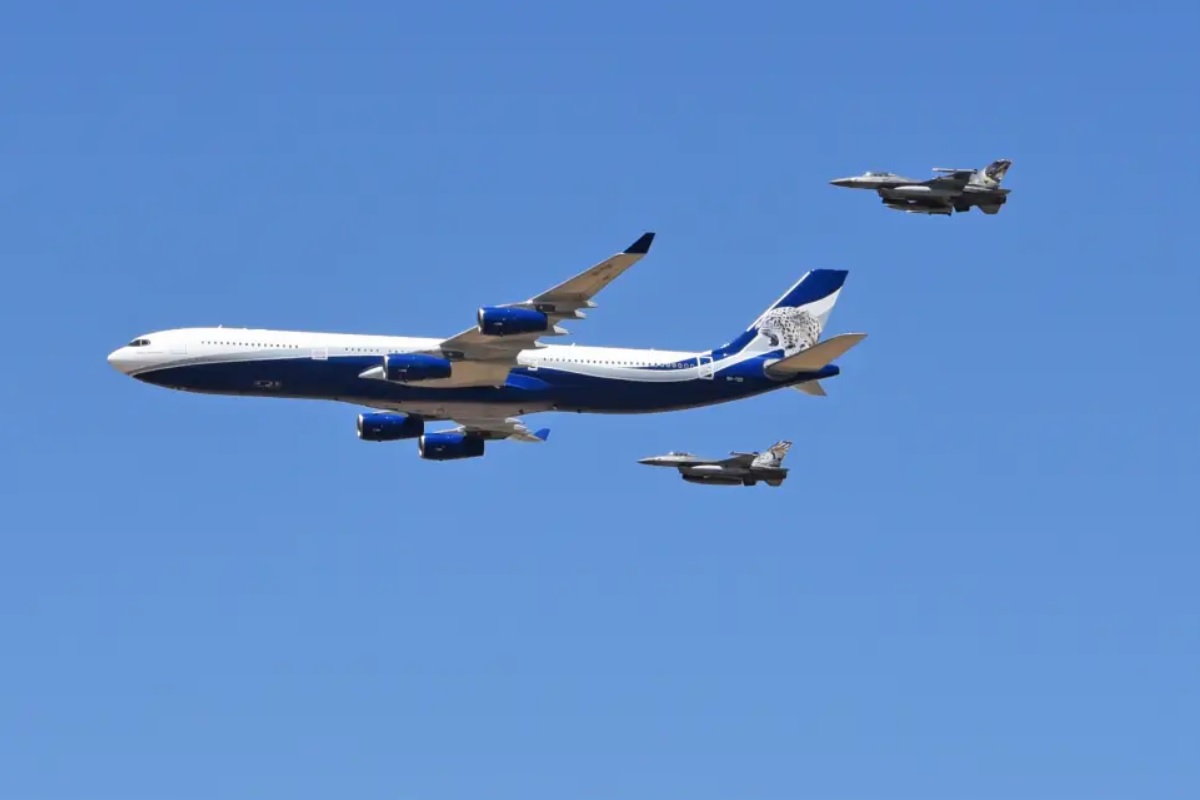 HiFly vice president maneuvers the company’s A340 plane; see his performance on video

This past weekend in Beja, Portugal, the public at the event for the 70th anniversary of the Portuguese Air Force was presented with a breathtaking performance by Carlos Mirpuri, Vice President and Co-Founder of HiFly, who demonstrated the capabilities of flying of the company’s A340-300.

The aircraft used for the exhibition, registered under registration 9H-TQZ, is an Airbus A340-313 HGW (Heavy Gross Weight), which means it has a higher MTOW (Maximum Take-Off Weight) of 275 metric tons and a range of 7,000 nautical miles (12,964 km).

Commander Mirpuri was assisted in the cabin by Commanders Antonios Efthymiou and Peter Holemans.

Kiamaky was born in 2019 and named after a protected mountainous area in Iran where leopards inhabited in large numbers, to represent the importance of preserving habitats to preserve the species. In partnership with the Lisbon Zoo, the Mirpuri Foundation supports the reintroduction of the Persian Leopard into its natural habitat in the Caucasus.

Also with the support of the Mirpuri Foundation, Hi Fly applied in 2019 to be part of the United for Wildlife Transport Taskforce, which includes a growing group of prestigious and environmentally conscious airlines, aiming to tackle a problem as serious as the illegal transport of endangered wild animals.

Hi Fly works not only in preventing this trafficking but also in defending animal species that are in danger and that need our protection.

With information from HiFly

Previous How to see the end of the carvery board on Google Maps
Next On Kiss Day, check out 5 movie makeout scenes to remember on streaming – 06/07/2022 – Streaming