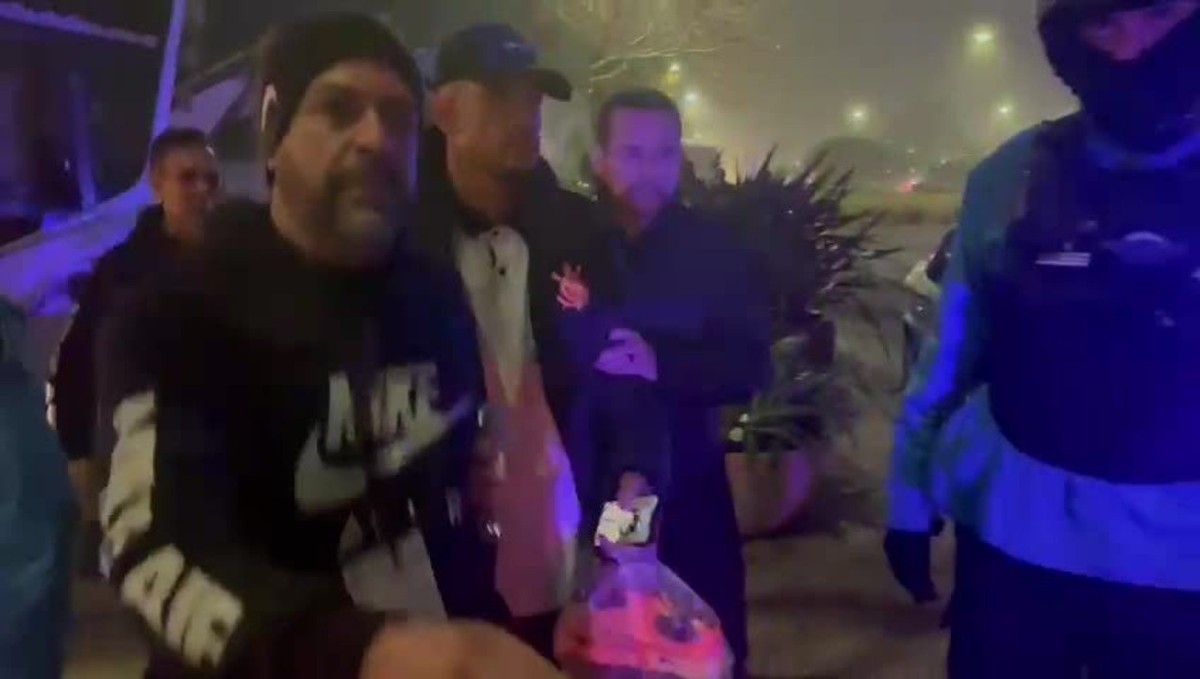 João Victor takes flight back to Brazil at dawn before going to Lisbon: “Thank you for everything” | Corinthians

It was just over 1:30 am in Buenos Aires when João Victor, minutes after the arrival of the Corinthians bus at the hotel where the delegation is staying, was taken to a truck bound for the International Airport.

Negotiated with Benfica, from Portugal, he has a trip to Lisbon scheduled for the end of this Wednesday afternoon. For this reason, he was put on a private flight by his businessmen to return to São Paulo the day before the Corinthians delegation, which will only arrive in Brazil on Wednesday night.

Caught by ge and other journalists, the 23-year-old defender sent a message to Fiel:

– A hug, thanks for everything! – said the player, getting into the vehicle in a hurry.

João Victor was a starter against Boca, in Argentina, for the round of 16 of the Copa Libertadores, but was substituted in the first half after taking a tackle on the same ankle that had been feeling pain in recent weeks. Frightened, he asked for a replacement and gave way to Gil, but he was not injured.

Trading had advanced over the weekend. Benfica sent a manager to Brazil to negotiate with Timão and businessmen Paulo Pitombeira and Daniel de Paiva, responsible for João Victor’s career.

João Victor arrived at Corinthians to play for the under-20 team in 2017. After loans to Inter de Limeira and Atlético-GO, the player was incorporated into the main squad in 2021 and established himself. This season, he played in 28 matches, including 25 as a starter.

Previous Palmeiras vs Cerro Porteño: probable teams, absences and where to watch the Libertadores duel
Next Which is? What’s the speed? What cell phones do you have?