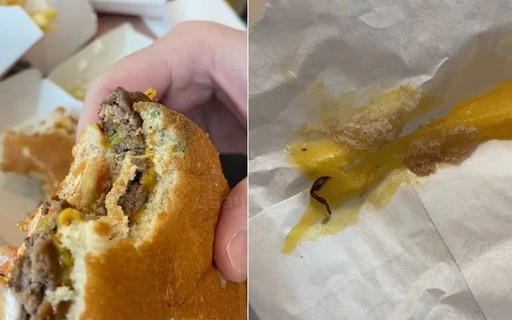 Customers who have visited the McDonald’s replacement in Russia are posting pictures of moldy hamburgers on social media, complaining about the products being sold in stores. Several international vehicles, such as the Daily Mail, reported the matter.

The American fast food chain left the country in March of this year, after the start of the war in Ukraine. A new local restaurant chain has reopened the restaurants, named VKUSNO I TOCHKA (Delicious and full stop, in free translation into Portuguese).

At the launch, quality manager Alexander Merkulov said the hamburgers would remain the same, with production using McDonald’s equipment left behind in the country. However, a month after the opening, customers are using social media to show their dissatisfaction with the snacks served.

In some images, you can see insect legs on food and mold on hamburger buns. According to Business Insider, customers also complained about expired sauces on Telegram channels.

A spokeswoman for the network told Newsweek that the quality of the products is a priority for the company. “When we stock and prepare the products, all the necessary procedures are followed. Quality and safety are our top priorities.”

McDonald’s was just one of the big companies to leave the country after Russian President Vladimir Putin’s invasion of Ukraine. The stores closed in March, and two months later, the company announced that it was definitely leaving the Russian market after three decades.

The network was then sold to businessman Alexander Govor. In an interview with Reuters, he said the company sold 120,000 hamburgers at its reopening last month, a record. The stores remain the same, but there are no more references to McDonald’s. The executives’ idea is to reopen the 850 stores by the end of the northern hemisphere summer, in September.