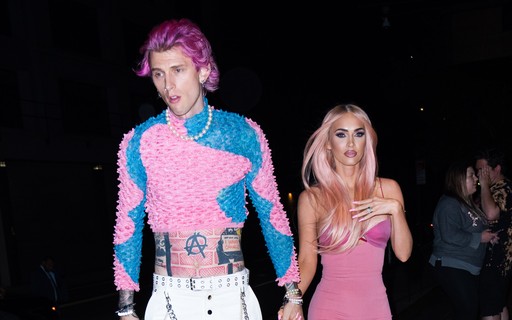 Actress Megan Fox has revealed that she has already asked her fiance, musician Machine Gun Kelly, if he was breastfed as a child. The 36-year-old celebrity explained to EOnline that her questioning was aimed at understanding her partner’s possible psychological problems.

“I think I know everything about him. I’m very weird and my questions are always very complex,” Fox said in her testimony. Afterwards, the reporter who interviewed her asked her to exemplify one of her questions (watch the video by clicking here).

Fox responded amid laughter: “An example would be… I don’t think this will even make it into your show. But an example would be, ‘were you breastfed during childhood?’ It’s an important question because it says a lot about your psychology and your temperament.”

Fox was married between 2010 and 2020 to actor Brian Austin Green, star of the series ‘Barrados no Baile’. The two are parents to Noah (10 years old), Bodhi (8 years old) and Journey (6 years old). They announced the end of their marriage in May 2020 and finalized their divorce in October 2021.

In June 2020, shortly after the end of her relationship with Green, Fox announced that she was dating Machine Gun Kelly. They revealed their engagement to the world in early 2022 on January 12th.

Kelly recently thrilled her fans and followers on social media by sharing a photo with her mother. She abandoned him during childhood, which meant that the musician was raised by his father, who died in 2020.