The CEO of Meta, Mark Zuckerberg, announced on his official profile a great novelty in the No Language Left Behind project. The initiative focuses on the development of an artificial intelligence capable of translating more than 200 languages ​​on the planet.

The company’s old model did not cover even half of the current languages, so thousands of users were unable to understand content published on the two largest social networks in the world (Facebook and Instagram). Apps already have built-in translation engines, but these might not work as well in less popular languages. 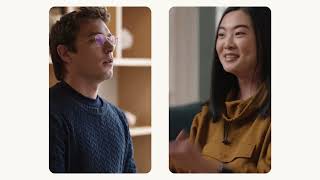 The new technology is called NLLB-200 and was created to improve automatic translations for Facebook and Instagram, but it’s too good to be restricted to just the company’s and partner’s products. So much so that Meta AI researchers decided to open code the algorithm so that other people can develop solutions from it.

Languages ​​such as Zulu, Guarani and dialects spoken by African tribes, for example, had no available translation or the existing one was inaccurate. The lack of understanding creates a kind of barrier to access the modern world, permeated by social media and videos, which further reinforces social inequality.

“To give you an idea of ​​scale, the 200-language model has over 50 billion parameters and we trained it using our new Research SuperCluster, which is one of the fastest AI supercomputers in the world. The advances obtained will allow more than 25 billion translations every day in our applications”, emphasizes Zuckerberg in the publication.

How does Meta Translation AI work?

The new engine takes a different approach to deliver stronger results. Artificial intelligence contains a machine learning system powered by a high set of sentences. As there are several possible combinations, the AI ​​compares the contents to decide which is the most appropriate in that context.

The challenge is to find people who speak the language willing to “talk” extensively to the machine. Imagine how complex it is to contact indigenous people who live practically isolated in the interior of the Amazon? In other cases, the problem is a lack of written grammar rules, as certain languages ​​were created purely on the basis of speech.

All this has been brought together in a single multilingual model capable of delivering results with unprecedented precision in Meta. Language translation AI can be used in virtually any digital application, from simple applications to advanced projects.

To assess the quality of translations, Meta AI uses a mix of automated, robot-based assessments and human reports. This technology is called FLORES-200 and features a new evaluative dataset to measure the performance of the NLLB-200.

The results are compared to check the effectiveness of the solution. This procedure is done with each of the available languages ​​of the model, so you can get a good idea of ​​how much work it took.

The focus is not only to translate something from the so-called high-resource languages ​​(English, Spanish, Portuguese) to low-resource languages ​​(the less “popular”), but to do the opposite. This is one of the most complicated barriers for any translation tool, because there are expressions specific to each region and words that don’t even make sense in another language.

According to Meta, AI comes very close to doing this with the present languages. If this is true, you could write a poem in the Maori language and translate it into English without much loss.

Focus on social products and metaverse

The creators are happy with the result and hope to adopt a practical application of the No Language Left Behind project in the metaverse. There, people could converse in their own languages ​​and be understood by others.

Expectations are high, but it is still unclear whether the model really delivers everything that Meta promised. Either way, it’s a very interesting sign that the metaverse can go beyond simple interactions or games with VR headsets.