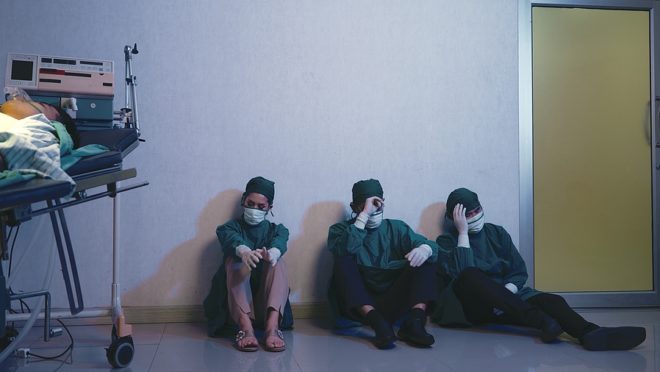 Militancy is corrupting medical education and putting patients at risk

This month, medical graduates will begin their postgraduate training and residencies across the country. They will mainly work in university hospitals, which are charged with ensuring that future doctors maintain the highest standards in the treatment of patients. Yet ideology is undermining this essential part of medical education in two ways. First, admissions and testing standards are being lowered in the name of diversity and equity. Second, the victim culture is making it difficult to give low-performing and under-qualified residents the feedback they need to avoid harming patients.

This decline is driven by certain trends in medical schools, in which activists have pressured administrators to overturn strict test standards, based on the idea that tests are racist. At least 40 institutions have joined, removing the requirement for the Medical School Entrance Examination (MCAT) especially for those who are “underrepresented in medicine”. The Perelman School of Medicine at the University of Pennsylvania, where I served as associate dean, now waives the MCAT for certain graduates of Historically Black Universities and Colleges and several other institutions. Studies show that lower MCAT scores are a sign of poor medical school performance, more likely to drop out, and less likely to understand the most important courses for patient care.

Lowering standards on entry to medical school is now married to fewer assessments on exit. This year, the first section of the US Medical Licensing Exam, which residency programs used to rely on to select candidates, replaced objective grades with a “pass/fail” system. The deans of medicine who approved this seismic removal of merit did so, explicitly, to allow more minority students to qualify for competitive residency programs.

Residences are now more diverse, but residents seem to be less prepared. Studies show that residents of certain races and ethnicities, on average, score worse on assessments of clinical performance. (To be clear: many also do very well.) Still, these findings stoked more calls for lowering standards and eliminating measurements that demonstrate competence.

Let’s look at a study published by the prominent journal Academic Medicine in may. He asserted that minority residents’ lower scores on assessments of professionalism, medical knowledge, and readiness for independent practice can be attributed to only three things: bias from supervising physicians, worse training environment, or racist evidence. At no point do the study authors consider a more obvious conclusion: Lower grades reflect genuinely poorer performance, an unsurprising result of spending years lowering standards.

Pointing out the obvious is an unforgivable sin for the activist world of academic medicine. When I tweeted about the study, I was accused of racism, and the professor of the Department of Medicine where I worked — a friend for many years — sent an email to the entire department denouncing my “racist claims.” Apparently, it is no longer acceptable to express concern about residents who are doing poorly and may continue to do poorly as clinicians.

My experience points to the most dangerous trend of all. Having retired from academic medicine in 2019, I am free to speak up. Still, the philanthropic organization opposed to identitarianism in medical care, Do No Harm [Não Cause Dano], chaired by me, always hears from doctors that they are afraid to give feedback to poorly performing residents, on pain of being accused of bias. This is a direct threat to residents’ future success as physicians—and, more importantly, to the well-being of their patients.

A supervising physician at a prominent institution recently told my organization that residents now hold power — and they are not afraid to use it against the physicians who should be their teachers. Doctors rightly fear administrators will side with residents in disputes: what they know is a necessary fix, the medical-diversity industrial complex could easily see as just cause for dismissal. So doctors are often silent, except for the most notable errors.

The result is a crisis of excellence across medical education and training. The real failure is certainly not up to unqualified students and residents. Medical schools and teaching hospitals are failing them and society as a whole. Such institutions should be recruiting and educating the best doctors of the future, many of whom are even from diverse backgrounds, and should never lower standards or refuse to give students the feedback they need to succeed in this life-saving profession. If these trends continue, next July we will see an even larger crop of residents who are less capable and more likely to harm patients, with the establishment doctor pretending there’s nothing wrong.

STANLEY GOLDFARBformer associate dean of curriculum at the University of Pennsylvania School of Medicine, is president of Do No Harm.

Previous After defaulting on $673 million, Voyager Digital files for bankruptcy – Money Times
Next Amsterdam, by David O. Russell, gets its first trailer