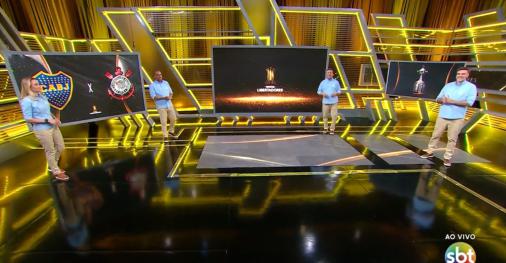 Libertadores round of 16 return match between Boca Juniors and Corinthians, where the alvinegro advanced in the tournament, generated large numbers for SBT. With Timão’s heroic classification on penalties, the broadcaster reached the highest audience for a game in the competition in 2022.

+ Benedetto is the target of memes after Corinthians’ classification against Boca

SBT was around 87 consecutive minutes in first in the national audience, with a peak of 24 points. According to the website ‘Teleguiando’, Rede Globo, SBT’s rival, only the soap opera “Pantanal” managed to keep the station in first place in Greater São Paulo on Tuesday night: 25 to 19 points.

Corinthians wrote another beautiful chapter in its history by eliminating Boca Juniors on penalties, by 6-5, in the middle of Bombonera, after a goalless draw in the return game of the round of 16 of the Libertadores. Benedetto wasted a penalty in normal time and another in the dispute, and Cássio defended Villa and Ramírez’s charges, once again being the Corinthians hero.

Now, Timão is waiting for the winner of the confrontation between Tolima-COL and Flamengo, to find out who will be Timão’s opponent in the quarterfinals of the South American tournament.

Previous The Walking Dead: Daryl series will have a return of characters
Next Pass the crown over here, Musk! Tesla loses its position as the world’s biggest electric car seller to a Chinese supported by Warren Buffett