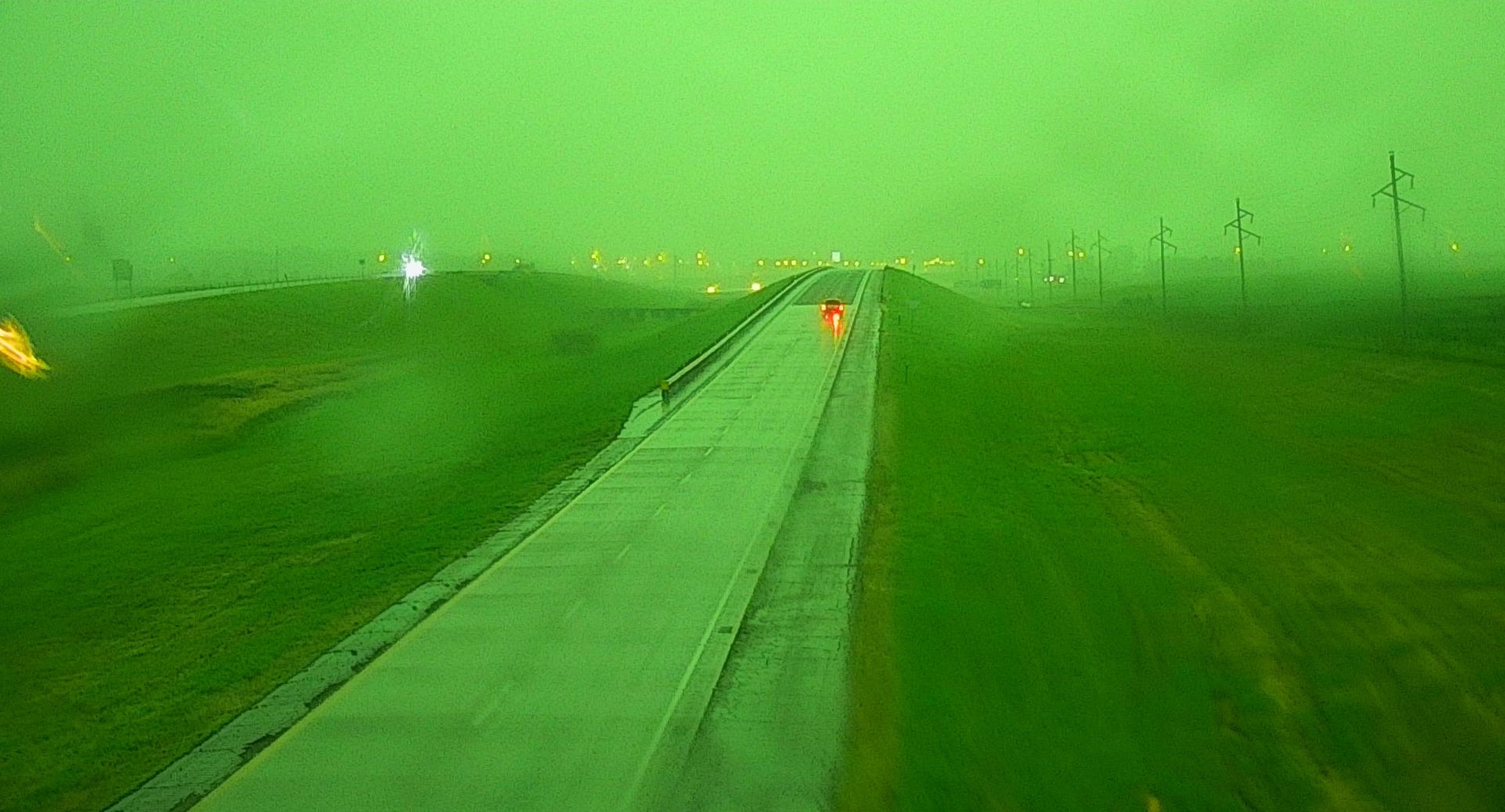 Storm scares by turning the sky too green 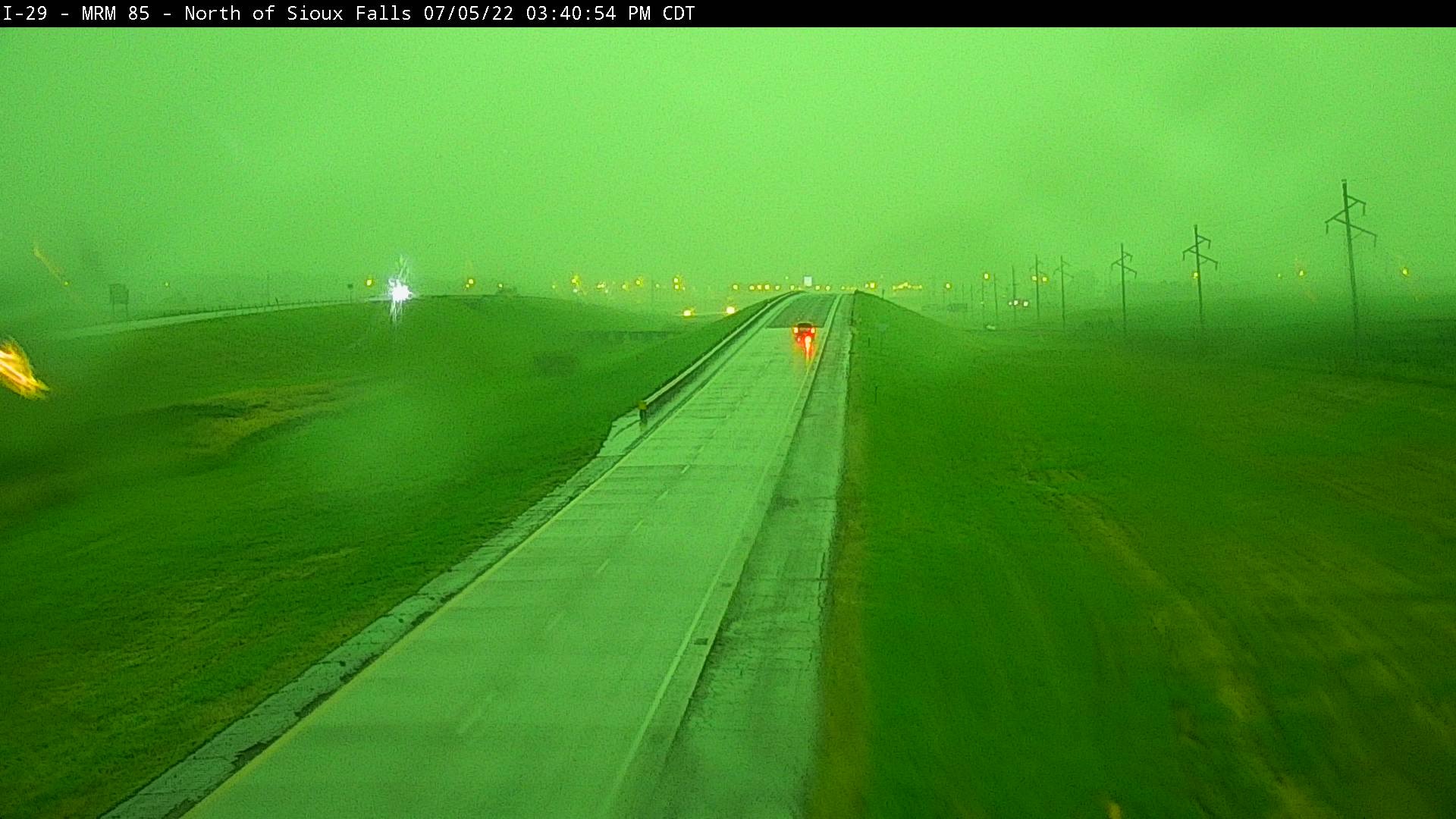 One right – a line of storms that advances for hundreds of kilometers with destructive wind – hit the North of the Central Plains of the United States and the Midwest of the country yesterday with intense gales and large hail in some places. What was impressive, however, was the What the sky looks like as the storm passes through the Sioux Falls region of South Dakota.

Social media has been taken over by images and videos taken by residents of the eerie greenish sky as the storm passes through Sioux Falls. Many South Dakota residents reported never seeing the sky look as menacing as it did yesterday with winds above 100 km/h and hail.

THE The exact cause of the sky turning green generates much debate in the meteorological community and there is no consensus. In public folklore, green skies are associated with hail or tornadoes. There is not much research on the topic. The first study, from 1993, conducted at Penn State University, states that there simply needs to be a strong storm with a high volume of precipitation and the correct alignment of the sun and storm to turn the sky green.

The researchers calculated that the contribution of hail to the color green was indeed small. The study authors, Dr. Craig Bohren and Dr. Alistair Fraser, offered two theories. Bohren said the sunlight behind the storm is attenuated and scattered by rain and/or hail to produce a bluish hue. If this storm occurs near sunrise or sunset, when the sun takes on a more red, orange, and yellow appearance thanks to a longer journey of the sun’s rays through the atmosphere, the storm may appear greener.

Scientifically speaking, however, little evidence supports the tornado or hail claims, although there is some evidence of green storms. For the past 15 years, a small group of scientists have weathered the elements by working on green storms as a pet project, publishing a handful of articles in weather journals. All point to the existence of green skies with heavy thunderstorms, but no direct connection to tornadoes or hail can be made.

The color of Sioux Falls’s sky rn is unreal. pic.twitter.com/IuS6bB1PSk

Eerie green skies ahead of severe storms in Sioux Falls, SD moments ago! ⛈🟢

“Green skies are associated with severe weather,” says physicist and occasional green storm guru Craig Bohren of Pennsylvania State University. “In areas where tornadoes are common, they are said to be the cause of green storms. Or they will tell you, often with considerable vehemence, that hail causes green. Both explanations are easily refuted by observations,” he states.

Fraser, on the other hand, suggests that sunlight before the storm is key. The sun shining in a storm with the combination of sunlight scattering in clear air – typically producing blue skies – and the red, orange, yellow colors of a sun low on the horizon can lead to greenish skies, Fraser wrote.

Another study, led by Dr. Frank Gallagher at the University of Oklahoma and co-authored with Bohren, analyzed data from a color photospectrometer and also found that the absorption of sunlight from a setting or rising sun by rain and hail can lead to a green color. sky. Gallagher stated that hail cannot produce green skies, but the size of the drops dictates the exact shade of green.

Researchers remain undecided on the exact mechanisms that cause the sky to appear green in certain storms, but most point to the content of liquid water in the air. Moisture particles are so small that when interacting with light they can change their appearance to the observer.

These water droplets absorb red light, making the scattered light appear blue. If this diffused blue light is placed in an environment with lots of red light – during sunset, for example – and a dark gray storm cloud, the net effect can make the sky appear slightly green. In fact, green storms are most commonly reported in the late afternoon and evening hours, according to Beasley. 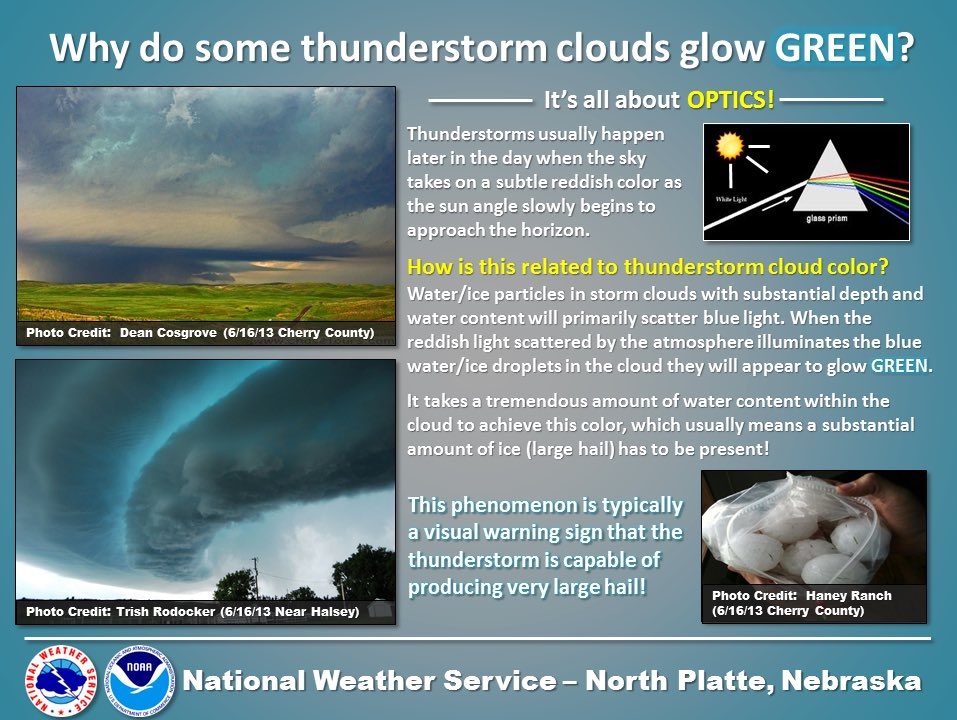 Other research on green storms is limited and not well-funded. As Penn State’s Bohren says, this “is not exactly an attractive topic of research. In fact, being curious about them can be career-threatening.” For example, his small donation from the National Science Foundation for the handheld spectrophotometer that Gallagher used was derided by then Speaker of the United States House of Representatives Newt Gingrich and Richard Pombo, then a Republican congressman from California, denounced Bohren for the research expenditures.

Previous the first hours of pure 5G in Brasilia
Next Duda Brack, from Beyond the Illusion, appears with Gabriel Leone in a clip