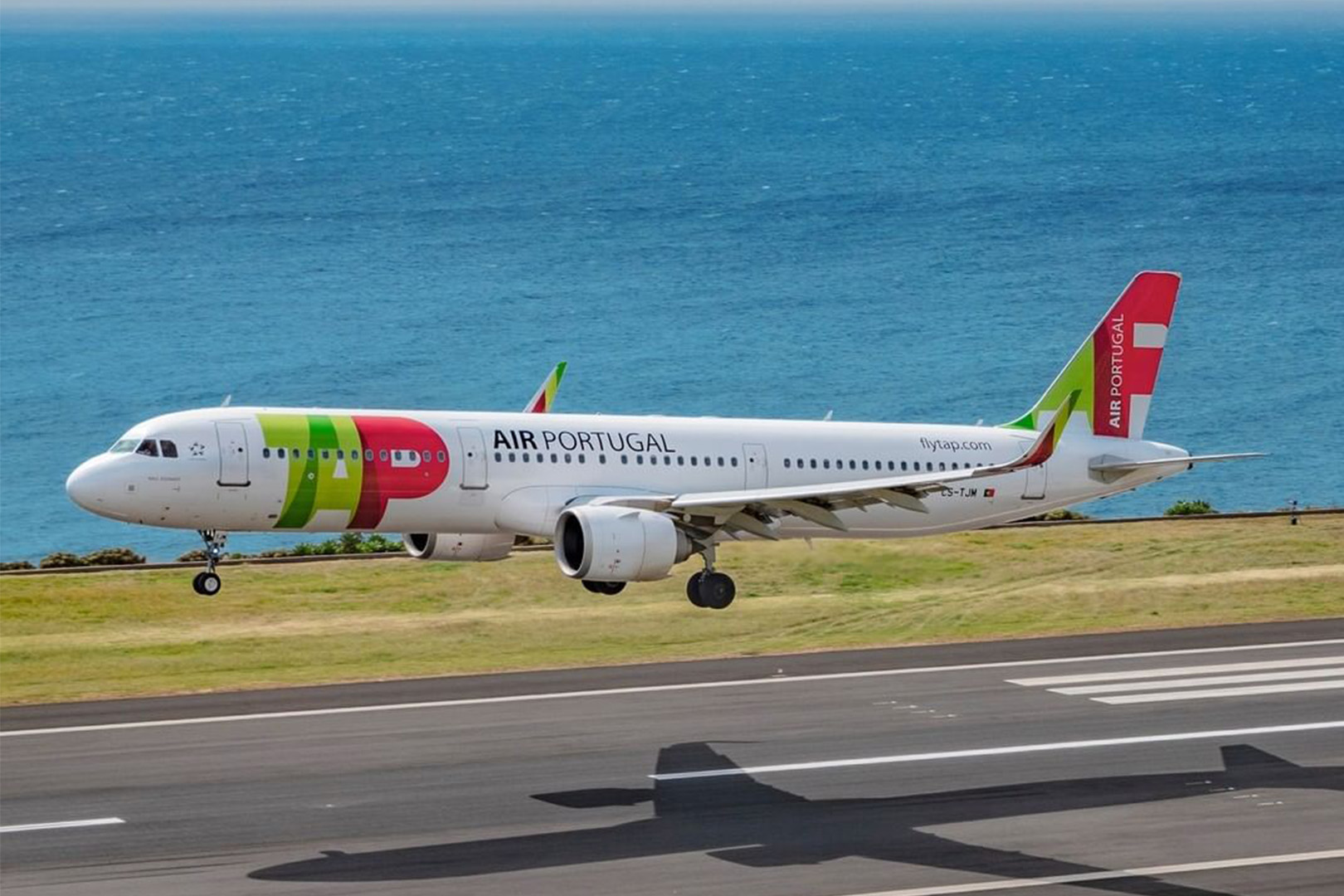 TAP CEO says air chaos in Portugal “will not improve”

During a wave of flight cancellations in Portugal, TAP, one of the main Portuguese airlines, confirmed that the crisis faced by air transport “shouldn’t get better in the next few weeks“, due to a “serious resource limitation”. The announcement was made by an email sent to customers this Monday (04.Jul.2022), to which the Power 360 had access.

“This weekend was not easy for TAP due to several constraints”, says the company in the message. From Saturday (2.Jul.2022) to Sunday (3.Jul.2022), more than 100 flights were cancelled. This Monday (July 4), more than 30 flights were suspended, according to local media. On social media, Brazilians reported waiting 4 days to access their return flight.

TAP connects Lisbon to cities such as São Paulo, Brasília, Porto Alegre, Recife, Salvador and Belo Horizonte. In the statement, signed by CEO Christine Ourmières-Widener, the company apologizes and acknowledges that it is not offering a “excellent service“.

“O air transport, as well as its structure and complementary services, faces a serious limitation of resources at a global level, at a time when flight operations have gone from practically zero to around 90% of pre-pandemic levels.“, says the note.

The company is operating with a reduced staff. In total, Lisbon airport had a 23% reduction in the number of employees, according to data from ANA (responsible for airports in the country), published by CNN Portugal.

With the beginning of summer in Europe, the flow of travel to the continent increases, and other countries are experiencing a crisis in the air sector. Outbreaks of covid-19 in crews and employee strikes have hit major European airlines, such as Lufthansa, which has already announced cancellation of more than 2,000 scheduled flights from June to July. 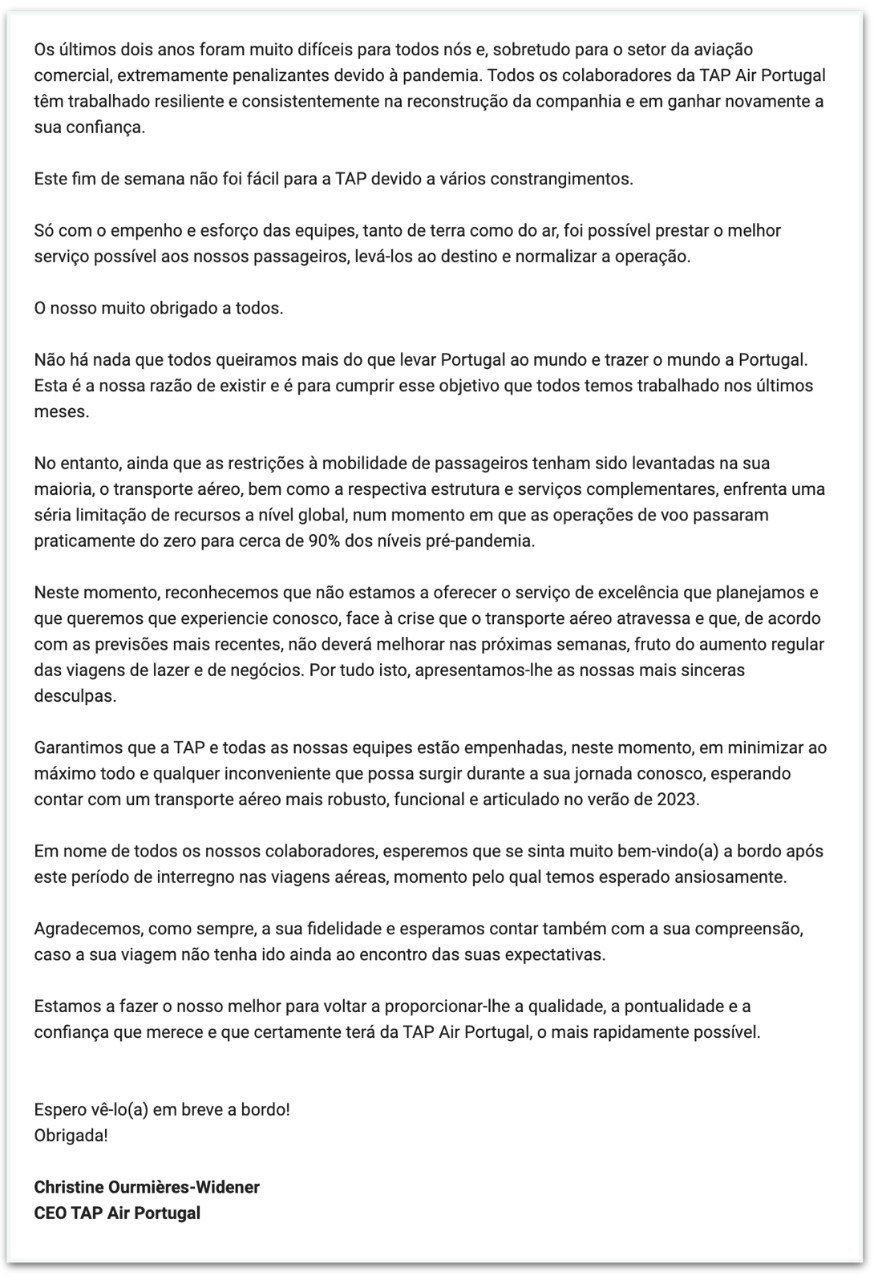 The government of Portugal announced a summer contingency plan to deal with the air chaos this Monday (4.Jul). It is based on 3 fronts: reinforcement of human resources —with an additional 176 police officers trained in immigration procedures—, technology solutions and operational solutions. Here is the entire press release (125 KB).

The lack of aviation infrastructure in the capital of Portugal, Lisbon, is a topic being discussed by the Portuguese government. The city has only one airport. Two locations, Montijo and Alcochete, are being considered for new aerial structures, but there is no agreement between Parliament and the Ministry of Infrastructure.