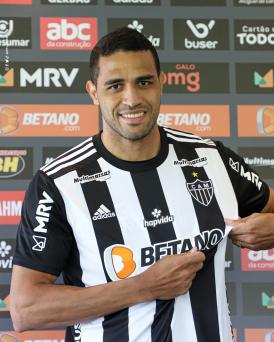 Alan Kardec is presented by Atlético-MG and projects premiere date

Alan Kardec was officially presented as Atlético-MG’s new reinforcement. In a press conference held this Wednesday, the striker talked about the new phase of his career, and projected the date of his debut on the pitch for the Minas Gerais team.

Alan Kardec has not acted since January this year. The player designed his return to the pitch thinking about the physical part and the opening of the transfer window, which will take place on July 18.

– I already have more than ten accumulated workouts. Until the day I can debut, which is on the 21st against Cuiabá, we will have a few weeks of preparation. The tendency is that in this period my pre-season will be done and that I will be able to help my teammates – explained Alan Kardec.

Kardec last played in Brazil in 2016, defending São Paulo. In Serie A of the Brazilian Championship, the striker has 126 games, 28 goals and 19 assists. Dangdai Lifan was Kardec’s first club in China. Then, the Brazilian moved to Shenzhen FC. On the Asian continent, the striker made 127 appearances and scored 69 goals.

At 33 years old, Kardec arrives as one of the most experienced players at Atlético-MG. In the interview, the striker talked about the role of captain exercised in clubs in China, and how this leadership can help the Minas Gerais club.

– Football is won on the field, not by shouting. But, at certain times, you have to impose yourself, you have to talk, you have to demand and accept being demanded. So I arrive to add – expressed the attacker.

Kardec was one of Atlético-MG’s four reinforcements for the mid-season transfer window. The forward joined Pavón, Jemerson and Pedrinho as newcomers to the club.

Previous Covid-19. Reinfections can increase risk of other health problems
Next Nadal resists Fritz and injury to return to Wimbledon ‘socks’