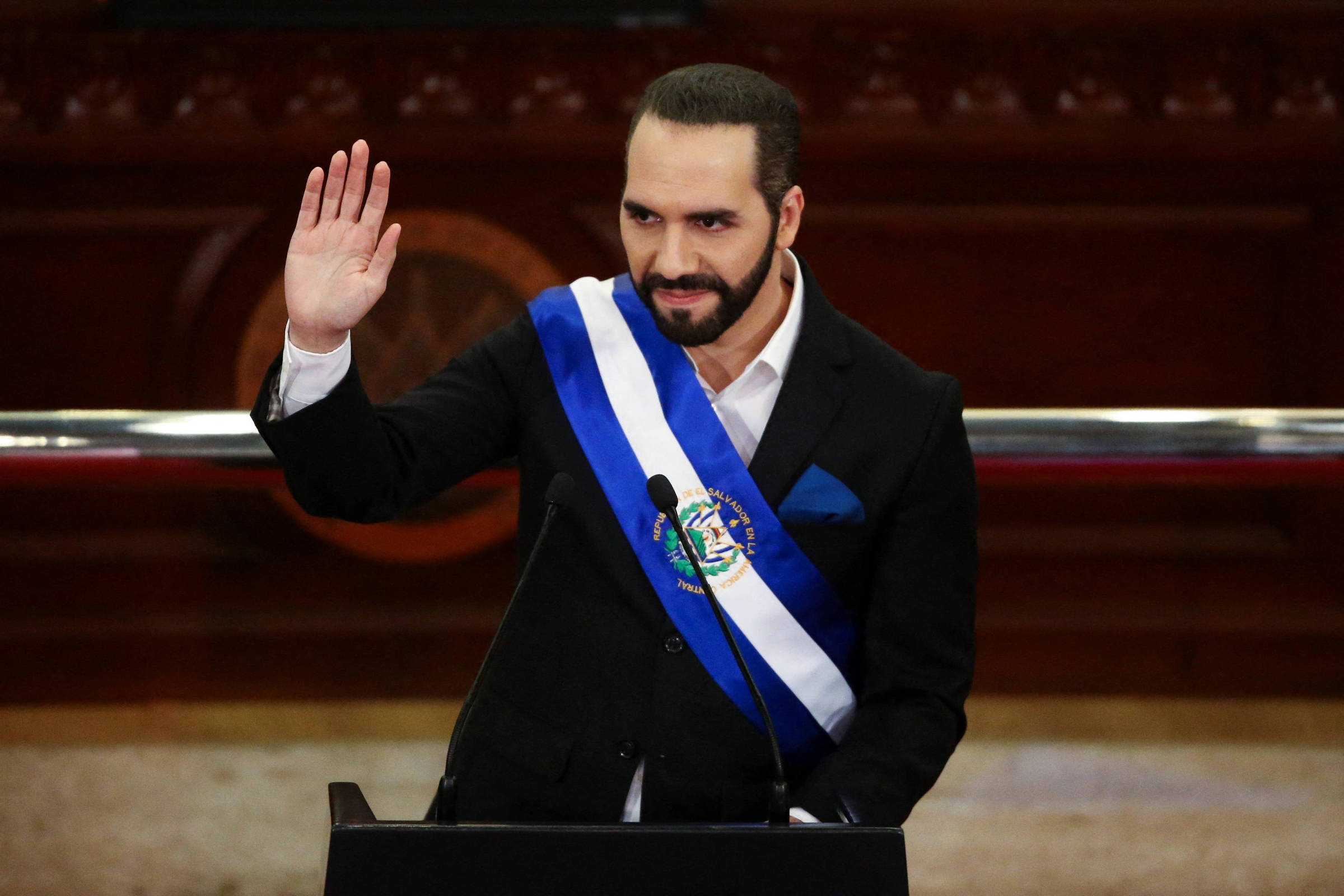 Bitcoin was supposed to transform El Salvador’s economy, projecting the poor Central American country as an unlikely harbinger of a financial revolution. But nearly a year after its chairman, Nayib Bukele, shocked the financial world by turning its most popular digital currency into a national currency, the gamble appears to have failed, highlighting the gap between the utopian promises of cryptocurrency advocates and economic realities.

The Salvadoran government’s bitcoin holdings have lost about 60% of their assumed value during the recent market crash. Bitcoin usage among the population has plummeted, and the country is running out of cash after Bukele failed to attract new funds from cryptocurrency investors.

Still, the financial setbacks did not harm Bukele’s popularity. Polls show that more than eight out of ten Salvadorans continue to support the president, thanks in part to his widespread crackdown on criminal gangs and fuel subsidies that have eased the brunt of global inflation.

But the failure of Bukele’s stated goals for bitcoin — bringing investment to the country and financial services to the poor — has exposed the shortcomings of his image-focused, authoritarian style of government, according to critics. He also raised questions about the financial sustainability of his ambitious plan to modernize El Salvador at the expense of democratic governance.

Last year, the government allocated the equivalent of 15% of its annual investment budget to try to insert bitcoin into the national economy.

It offered $30, nearly 1% of what the average Salvadoran earns in a year, for every citizen who downloaded a government-backed cryptocurrency payments app called Chivo Wallet; “chivo” means “nice, nice” in local slang.

Bukele says nearly 3 million Salvadorans, or 60% of adults, have answered the call.
However, after initial acceptance, the use of cryptocurrencies plummeted. Only 10% of Chivo users continued to transact bitcoin on the app after spending their $30 prize, according to a survey conducted by three U.S. economists in February and published by the National Bureau of Economic Research. Almost no new customers have downloaded the app this year, the researchers found.

“The government gave this project all the support one could hope for, and it still failed,” said Fernando Alvarez, an economist at the University of Chicago and author of the study.

Another survey by the El Salvador Chamber of Commerce found in March that only 14% of companies in the country have transacted in bitcoin since the currency was adopted in September, and just 3% said they saw any commercial value in it.

Salvadorans in the United States have also ignored Bukele’s plea to use bitcoins to send money to relatives back home. Digital currency payment apps like Chivo accounted for less than 2% of remittances in the first five months of this year, according to the central bank of El Salvador.

Bukele’s promotion of bitcoin has taken yet another blow with the global cryptocurrency settlement that has wiped hundreds of billions of dollars off the value of digital assets since March.

“People are afraid of losing their money,” said Edgardo Villalobos, who coordinates vendors at a sprawling street market in downtown San Salvador, the capital. After the recent price collapse, he said the $30 premium for downloading the Chivo app is now worth $10.

Still, despite the slowdown, bitcoin enthusiasts and entrepreneurs argue that the currency’s introduction has transformed El Salvador’s image into that of a technological pioneer and created financial opportunities for its citizens outside of conventional banking systems.

“As we pursue financial freedom, we remain on the right path,” said Eric Gravengaard, CEO of Athena Bitcoin, the US-based cryptocurrency company that operates El Salvador’s network of cryptocurrency ATMs and processes bitcoin transactions for the largest retail chains in the country.

Critics say bitcoin has also failed to bring the promised wave of cryptocurrency entrepreneurs to the country.

Only 48 new bitcoin-focused companies have registered in El Salvador since the cryptocurrency’s introduction, according to the central bank. That’s less than 2% of all companies that opened in 2019. Almost all are startups that hire few local employees and bring in little investment, said Leonor Selva, executive director of the National Association of Private Companies of El Salvador.

The price collapse has also not dampened Bukele’s enthusiasm for bitcoin, which has earned him prestige in the global cryptocurrency community.

In a series of Twitter posts last year, Bukele announced that he had purchased nearly 2,400 bitcoin tokens since September, in deals valued at around $100 million. When critics accused him of financial irresponsibility, he responded by saying he transacts on his phone while naked.

“Bitcoin is the future!” he said in a Twitter post on June 30, after announcing his latest purchase amid an ongoing cryptocurrency sell-off. “Thanks for selling it cheap.”
It is unclear where bitcoin assets are held, how much they are worth, how they were paid or even who holds the codes that prove their ownership.

Bukele’s press office, his finance minister, José Alejandro Zelaya, and his bitcoin adviser, Samson Mow, did not respond to requests for comment.

So far, Bukele’s business has cost the country about $63 million in depreciation, according to estimates last week in Disruptive magazine, published by Francisco Gavidia University in San Salvador.

Losses are mounting as the government struggles to subsidize the rising costs of food and fuel imports and pay off the next debt payment.

“The problem with bitcoin is that nobody is getting anything,” said Carlos Acevedo, a Salvadoran economist and former central bank director. “It is an investment that does not bring social benefits.”

The collapse in cryptocurrency prices has already derailed one of the main pillars of Bukele’s financial experiment: the issuance of the world’s first bitcoin-backed government bond.

The bond would have allowed Bukele to bypass traditional financial institutions, such as the International Monetary Fund, which conditioned new funds to the country on financial discipline.

After announcing a $1 billion bitcoin-denominated bond, the government postponed the project indefinitely at the last minute in March, claiming that the Ukrainian War had worsened global financial conditions.

Economists say this has left the country with few good options for making an $800 million payment on its debt due in January, or subsequent payments in later years.

Over time, Bukele will face the difficult choice of drastically cutting public spending, at the risk of angering voters, or driving the country into default. A default could disrupt basic imports, dampen growth and even cause a bank run.

Previous Manchester United agrees to sell Cristiano Ronaldo, and the ace approaches a new club
Next Rony equals Marcelinho in the list of Brazilian top scorers in Liberta