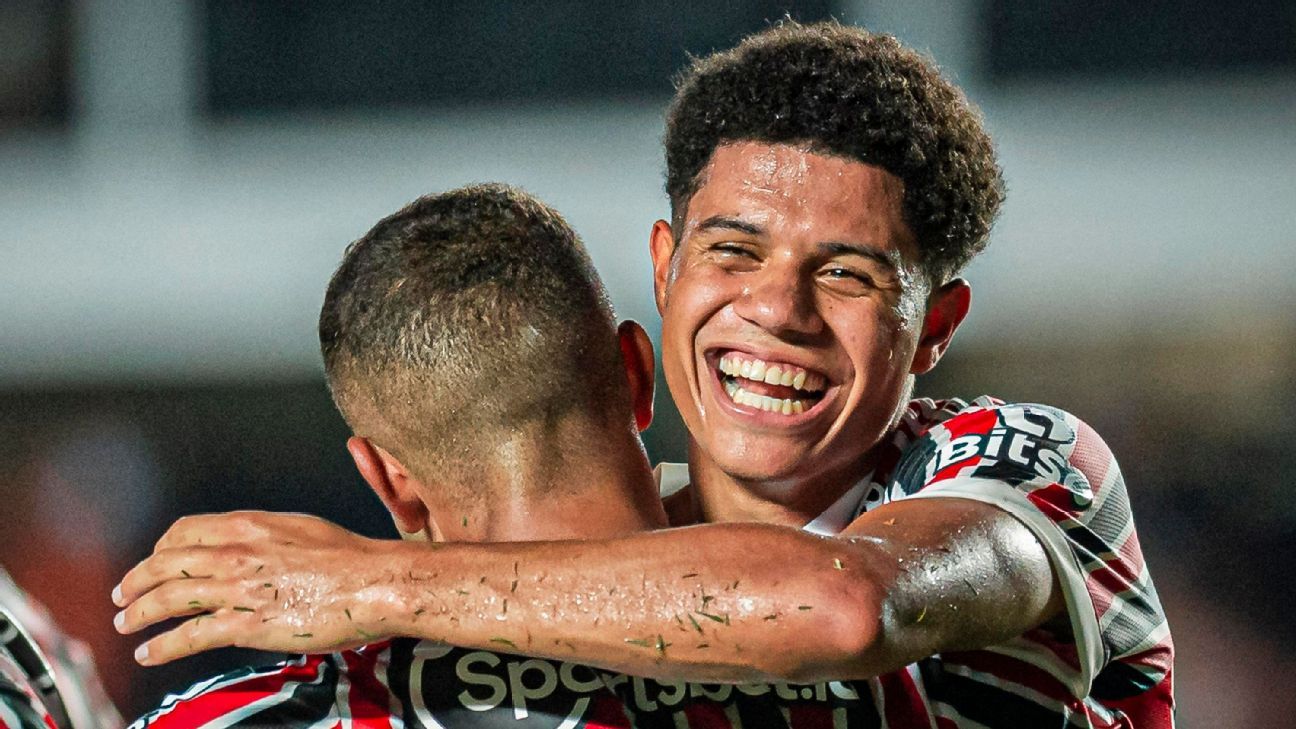 São Paulo and Gabriel Sara say ‘yes’ to Norwich’s offer in a deal that could reach R$ 77.1 million

Sara goes to Norwich, England, and São Paulo can pocket up to R$ 77.1 million

O Sao Paulo already said “yes”, Gabriel Sara too, and the sale of the 23-year-old to Norwich City, from Englandnow depends only on medical exams, some bureaucracy and the finalization of paperwork to be enshrined.

“All you need to do is sign”said one of the people from the club heard by the ESPN.

And the business meets what Rogério Ceni made it clear that he wanted some time ago in a press conference: above double digits.

To have Sara, Norwich, relegated in the last Premier League, can pay in between 11.5 million and 12 million poundsthat is, something between BRL 73.9 million and BRL 77.1 million at this Thursday’s quote (7). This depends on a series of goals to be achieved by the athlete and the club, among them, the return to the English elite.

“It will be very good for the player, who is 24 years old and has already expressed his desire to play in Europe. And the proposal is much better financially for him and for the club than it was in the United States at the beginning of the year”, guaranteed a source in contact with the report.

São Paulo will still retain 10% of Sara’s rights, so they can benefit from a future deal involving the midfielder. who has 114 matches and 17 goals for the tricolor team, which is also the athlete’s trainer, which guarantees another 5% in an eventual transaction.

The current management has always made it clear that it would need to sell players to balance the accounts, and now he does it with an athlete even recovering from injury. The midfielder only played 15 games in 2022, has been out of action since April, when he injured his right ankle and then had to have surgery. The idea is that he returns to acting in August.

concluded the deal, Sara goes immediately to England and will not even follow the final recovery in São Paulo.

Without the midfielder, São Paulo plays on Thursday night at Morumbi, from 21:30 (Brasília time), against Universidad Católica-CHI for the return of the quarterfinals of the Copa Sudamericana – in the first leg, a 4-2 victory in Chile.

And to help the fans who will see the match, the tricolor board got in touch with the São Paulo Metro and also with the City Hall and managed to extend the transport schedule of the yellow line 4, which serves the vicinity of the stadium, and the entire traffic schedule until 0:30 am.

Previous Echo: Charlie Cox and Vincent D’Onofrio Will Be in the Marvel Series
Next Leaving the charger in the socket consumes energy: myth or truth?