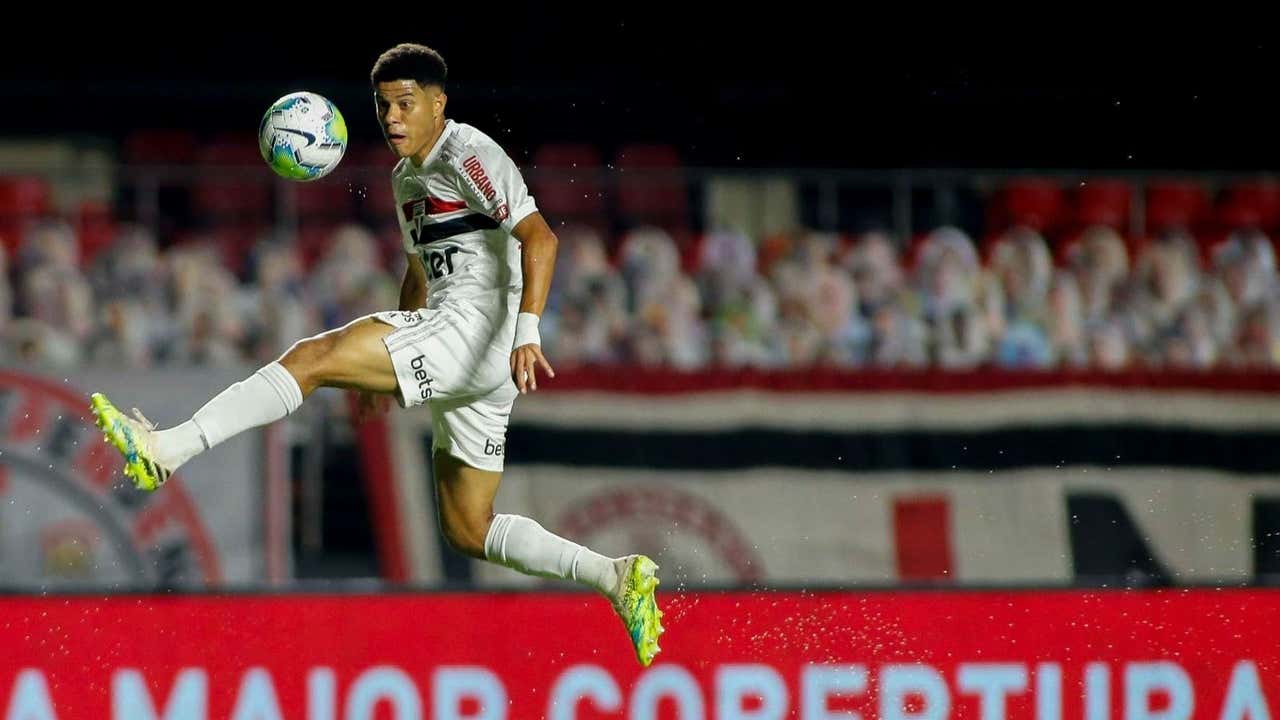 Club and intermediary meet this afternoon to discuss agreement. The midfielder has already given the go-ahead to sign for five seasons

São Paulo meets with intermediaries this Thursday afternoon (7) to discuss details of the sale of Gabriel Sara to Norwich City, from England, for 12 million pounds (R$ 76.93 million at the current price), as determined for the GOAL. The negotiations must be concluded by the end of the day.

The terms of the deal call for the payment of 12 million pounds plus the inclusion of bonuses in case of targets set out in the player’s contract. The variable value is the agenda in the discussion that takes place between Tricolor São Paulo and the representatives of the English club who are in Brazil to close the deal.

Gabriel Sara has already given a positive sign for the transfer to take place. The athlete and his staff are waiting for a position from São Paulo until Thursday night to arrange the transfer.

The 23-year-old midfielder will sign for five seasons with Norwich City in the event of a deal on the ball market. The player is willing to transfer to the English second division team under the pretext that he dreams of playing in European football, especially in the country. He believes he will be able to play in the Premier League soon.

In 2022, Gabriel Sara made 15 appearances for São Paulo, with 1,050 minutes on the field. In the period, he scored only once and gave no assists. His last appearance was on April 28. He has since recovered from his injury.

The information about Gabriel Sara’s possible departure to English football was initially released by the ge and confirmed by GOAL.