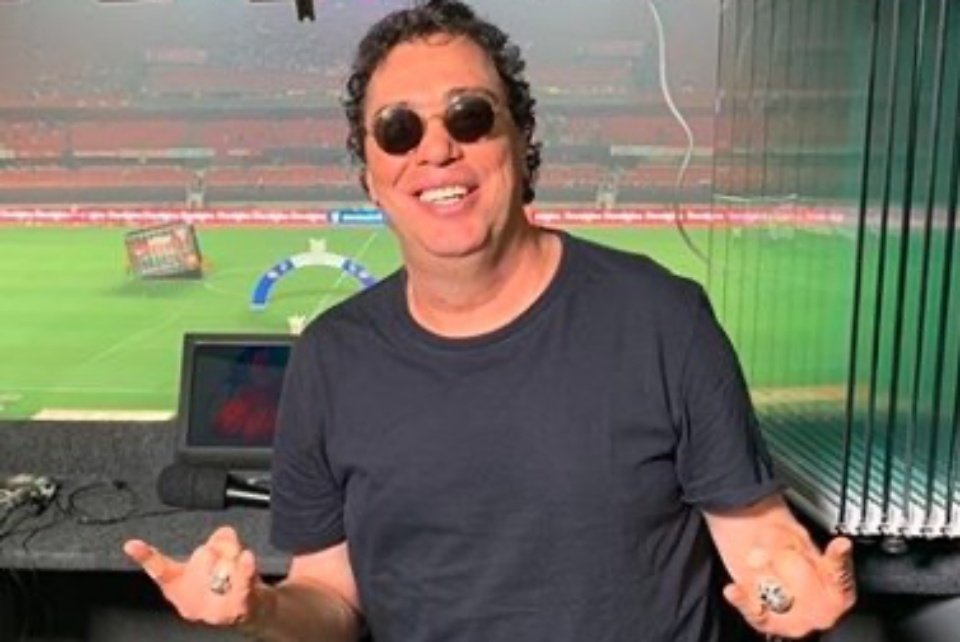 Three reasons for the dismissal of TV Globo commentator Casagrande

This Wednesday’s bombshell (7/6) in the sports media was the dismissal of Walter Casagrande, after 25 years at Rede Globo. In a statement, the broadcaster was elegant and said that “as a player, Casagrande wrote an important story on the pitch… off the pitch, the trajectory was also successful. He has been a commentator for 25 years, 24 of them at Globo. A period marked by great moments, achievements, emotions, overcoming and authenticity”.

In a video, Casagrande left a message with an enigmatic sentence: “I’m going to follow my road. In fact, I think it was a relief for both sides.”

This leads us to deduce that the employee/employer relationship was frayed. We are three months away from the World Cup, and Casagrande would be one of the right names in the Globo team that is going to Qatar. And market rumors point to at least three reasons that led Globo to terminate the commentator’s contract, which was in effect until the end of the year:

1)- Lately, Globo was scaling Casagrande to less important games. For someone who for years teamed up with Galvão Bueno in global broadcasts, the commentator felt left behind by his boss;
2)- The constant friction with colleagues in the studio, especially with Caio Ribeiro and Paulo Vinicius Coelho, helped to put Casagrande in this kind of refrigerator;

3)- Grupo Globo would be bothered by the fact that Casagrande made the station a “political platform”. Months ago, the broadcaster was forced to compensate former volleyball player Ana Paula, due to an argument with Casagrande.

On social media, Casagrande received a message of support from his former partner Galvão Bueno:

“Today’s video is a very special message for a very dear friend, Walter Casagrande Júnior, Casa, o Casão. He and Globo today announced that they are no longer together. Casão, I remember very well his debut, there in Criciúma, Criciúma x Corinthians. Since then, six World Cups, Olympics, Brazilian Championships, Libertadores, Club World Cup. the fifth championship [da seleção] Exactly 20 years ago, Great moments, many achievements, joys, sadness, understandings, disagreements, everything that makes two people happy to work together. I’ve always had the pleasure of working with you. What I want now is for you to be well, happy and ready to face a new path, which will be very successful as always. Who knows, maybe we bump into each other on this path and do something together again? Casão, a big hug, a kiss on the heart”, said the global narrator.

Do you want to stay on top of everything that goes on in the world of sports and receive the news directly on your Telegram? Get in on metropolis channel.

Previous Rodrigo Santoro talks about the challenge of being a great navigator
Next PS5 update brings improvements to ALLM mode; Look