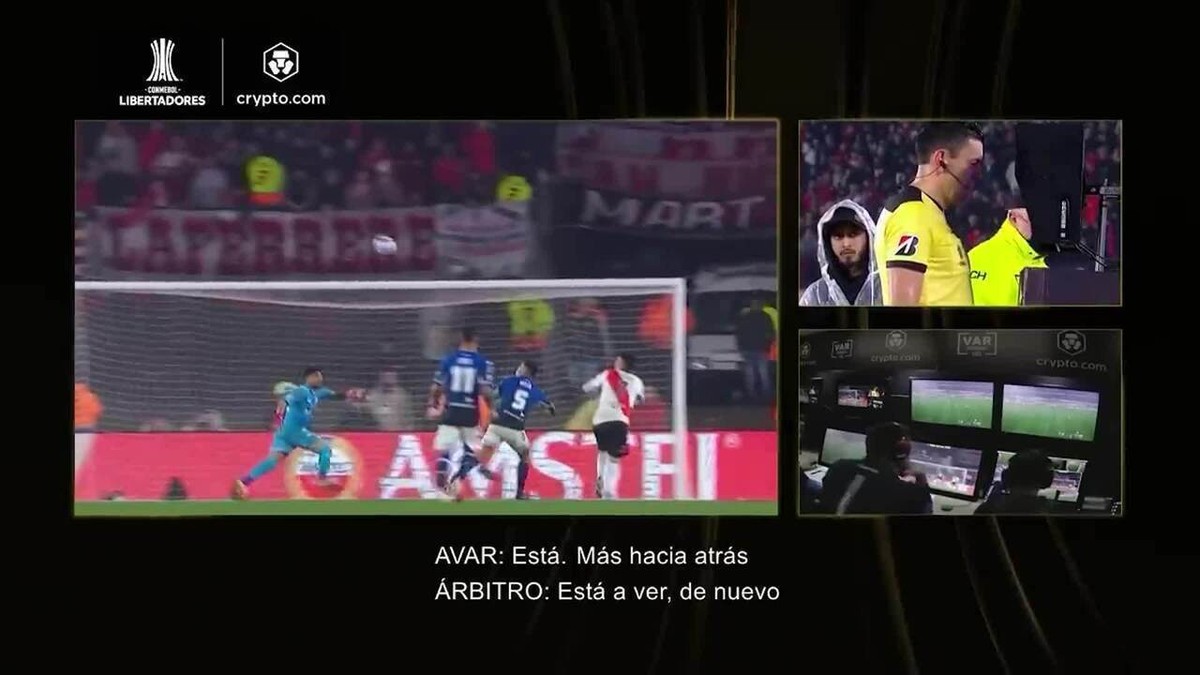 VAR audios of River’s elimination show that the referee was convinced by Brazilians in a disallowed goal: “For me it’s a goal” | liberators

The video released by the South American federation shows the performance of Brazilian video refereeing, with Rafael Traci and Braulio Machado, who repeated the bid for about 50 times until the annulment and convinced the referee Roberto Tobar, who initially said: “For me it’s a goal”. Check it out in the video below. 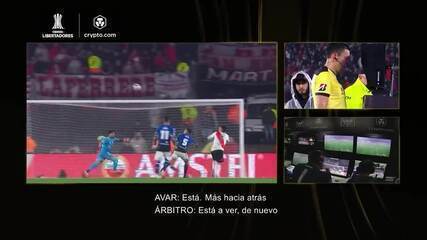 In the 33rd minute of the second half, Barco crossed from the left and Matías Suárez headed the goal. Shirt 7 celebrated with his companions from River Plate, who would take the confrontation with Vélez to penalties. But the Chilean referee Roberto Tobar was called by Rafael Traci and, after five minutes of review on the monitor, he decided to disallow the goal.

The images show that the move was repeated more than 50 times by Brazilian representatives in VAR, with 35 replays since Roberto Tobar’s arrival on the monitor for checking. After much disagreement from the field referee, the decision was made when an assistant referee checked the bid and agreed with Rafael Traci.

In the bid, Suárez disputes space with Ortega. The ball seems to catch his arm, but only after a natural movement of the shot. Roberto Tobar needed a long time to make his final decision.

After the final whistle, he was surrounded by River Plate players, who went to get their satisfaction. Coach Marcelo Gallardo restrained the most nervous athletes with the Chilean judge’s decision, took them away and also had a chat with Roberto Tobar, but in a milder tone.

Vélez advanced to the quarterfinals with a 0-0 draw after beating River Plate 1-0 in the first leg. The team coached by Cacique Medina will face Talleres in the next phase. Marcelo Gallardo’s team falls into the round of 16 for the first time since 2016. See below for the match highlights.

Previous ‘Fast and Furious’: Filming on A24 resumes next week | Daily Station
Next new update lets you edit offline