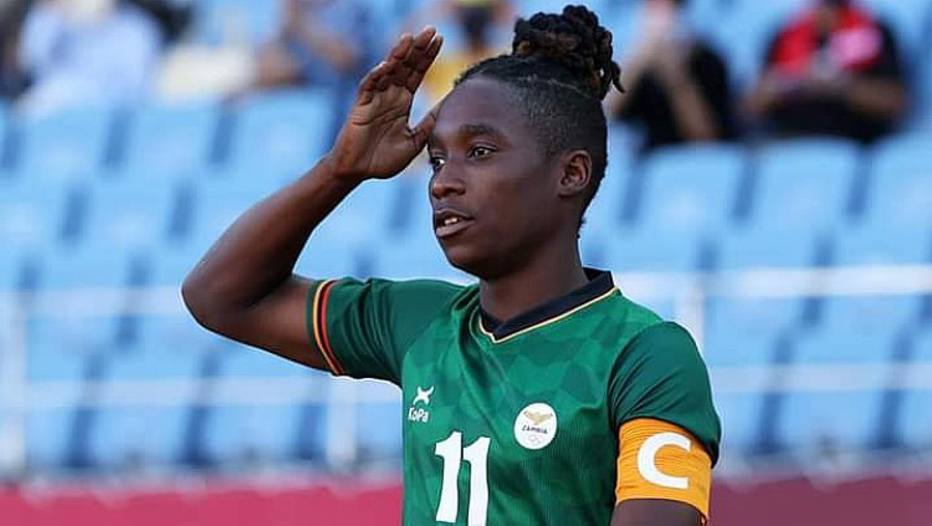 Barbra Bandaone of the great names in the selection of Zambia and feeling of the last Tokyo Olympicswas cut from the final call for the African Cup of Women’s Football. This Wednesday, the ‘medical reasons’, given by the Zambia Football Association (AFZ) were explained.

Andrew Kamanga, president of AFZ, declared that the player was cut for having failed a “gender exam”, required by the African Football Confederation (CAF) to all athletes. “Unfortunately she (Barbra Banda) did not meet the criteria established by CAF. Unfortunately, we ended up having to go to the tournament without our main player”, said the manager in an interview with the BBC.

Lux September, CAF’s communications director, stated that “there is no such decision by the entity’s medical committee”, regarding the exclusion of athletes who do not pass the “gender exam”, which explains the fact that Barbra Banda played in the Olympic Games in Tokyo. In this edition, she became the first player in Olympic history to score two consecutive hat-tricks – against the Netherlands and China – and the first to score two hat-tricks in a single edition.

However, Kamanga does not absolve CAF of blame regarding the exclusion of the main attacker from the African continent. According to him, the African federations to carry out the tests. “We pass information to the CAF, which tests the players, if necessary, for the tournaments. It is unfair to turn around and say that the entity is not an integral part of what happened.”

Currently, Banda is training in Morocco, but isolated from the group that disputes the African Cup. “Everyone in the country was led to believe that the AFZ did nothing and decided on their own to exclude the player,” said the president. In the first two games, Zambia drew 0-0 with Cameroon and defeated Tunisia 1-0, a game that took place this Wednesday.