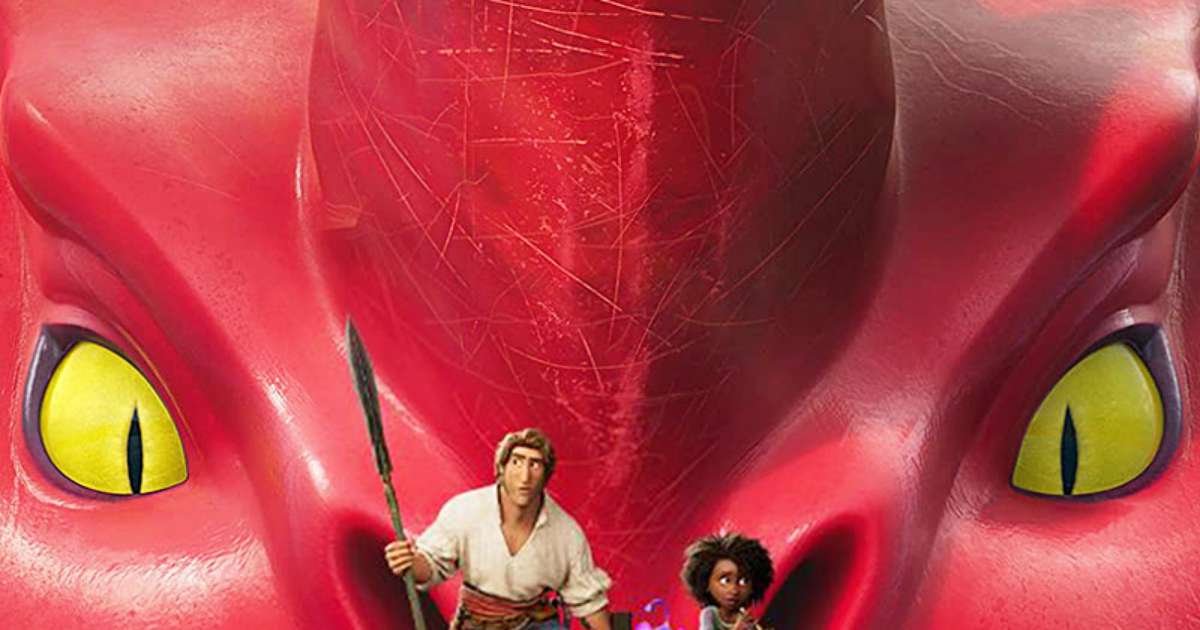 10 new movies to watch at home

The lineup of digital premieres highlights new animation from the director of “Moana” and many options for the adults in the house, including the highest grossing horror film in Taiwanese cinema history.

Check below the 10 suggestions of the week – including three national titles -, selected among the best launches of subscription services and online rental companies.

| THE BEAST OF THE SEA | NETFLIX

The new animation from Chris Williams, director of two of Disney’s biggest recent hits, “Operation Big Hero” and “Moana”, is, like the latter, a maritime adventure undertaken by a young heroine.

The plot follows the insistent Maisie Brumble, a girl who dreams of living great adventures and does not accept negative answers. She clandestinely boards the ship of her great idol, the monster hunter Jacob Holland, to participate in a journey from the age of caravels to seas never before sailed, where terrible and gigantic sea creatures live.

There’s no shortage of action, but the plot defies expectations with references to “Moby Dick” and monster movies like “Kong vs. Godzilla”, in addition to embedding a subversive questioning in the questions asked by its little heroine, who aims at war, greed and the hypocrisy of official lies.

Directed by and starring Tommy Lee Jones (“Men in Black”), the western features the actor as a cowboy who, upon being saved from a violent death, finds himself in debt and is convinced to embark on a journey that could put him back on track. in mortal condition. Who saves him is a farmer played by Hilary Swank (“Away”) and the mission is to help her transport three insane women across the American prairie, amidst Indians, outlaws and general madness.

Taiwanese horror follows the line of fake documentaries and found videos, which have been a tradition in the genre since “Cannibal Holocaust” (1980). Loosely inspired by a true story, the plot follows a young woman who begins to see things that aren’t there. The explanation is provided by her mother, who reveals that she violated a sacred temple many years ago when she ran a ghost hunters YouTube channel. Unknowingly, she has drawn a curse on herself and the people around her.

The showing in theaters in Taiwan generated a collective frenzy, making “Marks of the Curse” the biggest box office of the year and the biggest horror hit of all time in the country. Not by chance, a sequel is already in development.

Set in Serbia, during the conflicts against Kosovo in 1999, the psychological drama follows a driver who is given the mission to transport a mysterious cargo from Kosovo to Belgrade for NATO, crossing a devastated region by truck, with orders not to stop and not to call Warning. No information is given about the transported content, but with unemployment and the chaos of the war, the proposal becomes irrefutable.

A chance encounter with a young hitchhiker offers some company, but the plot is essentially the solitary odyssey of a man who agrees to do whatever it takes to survive, even when his conscience advises him to reflect.

Ognjen Glavonic’s first fiction film (“Zivan Makes a Punk Festival”) leverages the Serbian director’s experience with documentaries to deliver a realistic and melancholy portrayal of historical horror, with powerful revelations for both his character and the viewer. Critically acclaimed, it achieved 100% approval on Rotten Tomatoes and won 16 international awards.

Apocalyptic sci-fi begins after a devastating cyclone devastates the world and completely floods Hong Kong. It is in this desolate setting that a young woman tries to survive, isolated and hidden in the ruins of a residential condominium, afraid of who else may have survived the storm and is desperate for food. Until one day a child appears floating in front of her, causing her to abandon her routine.

With a slower pace than conventional disaster films, the Chinese production also has moments of action, especially at the end. Highlight of the cast, actress Kara Wang is currently in theaters in the blockbuster “Top Gun: Maverick”.

In her first feature film, Phoebe Dynevor (Daphne from “Bridgerton”) plays potter Clarice Cliff, a determined young woman who upended labor relations in the 1920s to run her own custom ceramics studio, becoming one of Art Deco’s greatest designers.

The biography is directed by Claire McCarthy (“Ofelia”) and includes in its cast Matthew Goode (“A Discovery of Witches”), David Morrissey (“The Walking Dead”), Darci Shaw (“Judy: Over the Rainbow”) “), Kerry Fox (“Revenge Is In”) and Luke Norris (“Poldark”).

Inspired by a true story, “Pureza” is a denunciation film about the slave labor situation that still persists in Brazil. Dira Paes (“Pantanal”) plays the title character, Dona Pureza, a woman without news of her son, who left for a mine in the Amazon and disappeared. When starting her search, she ends up witnessing the grooming and false imprisonment of rural workers, who, after being tricked with job offers, are forced to work as slaves on a farm at gunpoint.

Dona Pureza becomes the cook for these people and, while collecting evidence of the crimes, discovers that her son was the victim of the same scheme, imprisoned on another farm belonging to the group of criminals. What happens next is a spoiler for the outcome, but it was fundamental to the fight against labor analogous to slavery in Brazilian territory.

In 1997, Dona Pureza real received the anti-slavery award in London from the oldest anti-slavery organization in the world.

“Pureza” is the second fiction feature by Renato Barbieri, specializing in documentaries about deep Brazil, who in 2019 made a documentary record of current slavery in the Amazon, in the film “Servidão”. But if the theme of “Purity” drew unanimous praise, the realization divided critics. It has been called “Oscar’s film” and also conventional storytelling.

The thing that the protagonist (Patricia Saravy, from “Tried”) of the national drama imagines can bring her happiness is a swimming pool, which she dreams of building for her children in the modest beach house where she lives with her mother. She is pregnant with her third child and financial problems make it increasingly difficult to be happy, but she insists, fighting for her object of desire, against everything and everyone, as a symbol of resistance for her children.

The director Thais Fujinaga (“The City where I grow old”) was inspired by her childhood to conceive her second feature, which was filmed in the region where she spent her summers as a teenager. Card-carrying critics liked it. “A Felicidade das Coisas” won the award for Best Brazilian Premiere, given by Abraccine at the São Paulo Show last year.

Awarded at the Tiradentes Festival, Rodrigo de Oliveira’s drama (“Todos os Paulos do Mundo”) arrives simultaneously in cinema and on digital platforms. The plot takes place in 1983 during the beginning of the AIDS epidemic and follows a young biologist, a transsexual and a videomaker, who try to survive the disease amid the despair of lack of information and an uncertain future.

The main roles are played by Johnny Massaro (“Verdades Secretas”), Renata Carvalho (“Pico da Neblina”) and Victor Camilo (“A Mata Negra”). And there are some curiosities: Carvalho spent a decade as an STD prevention agent, working with transvestites and transsexuals in prostitution. and Massaro came out as gay during filming.

A beautiful addition to the film “One More Time With Feeling” (2016), Andrew Dominik’s new documentary (“The Assassination of Jesse James by the Coward Robert Ford”) chronicles the creative relationship of Nick Cave and Warren Ellis as they create music for two from her latest studio albums, “Ghosteen” and “Carnage”, featuring Marianne Faithfull.

* VOD (video on demand) releases can be rented individually on platforms such as Apple TV, Google Play, Microsoft Store, Prime Store, Vivo Play and YouTube, among others, without the need for a monthly subscription.

Previous How do I know if my cell phone has 5G? See if the technology will be compatible with your model – Technology
Next Fortaleza is defeated 3-0 by Estudiantes and says goodbye to Libertadores