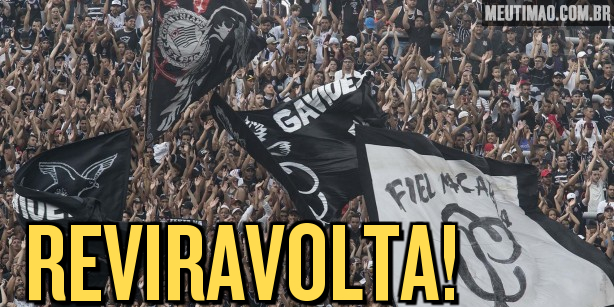 Corinthians changes its mind after pressure and includes all fans in open training; see information

Corinthians used its social networks to make an important announcement. The open training, scheduled for this Friday, initially exclusive to Fiel Torcedor members, will now be accessible to the entire general public.

Even for fans who are not Fiel Torcedor subscribers, tickets to the event can be guaranteed via the internet. Also free of charge, and with 1 kg of non-perishable food or a coat at the door of the event, tickets will be available on the website www.ingressoscorinthians.com.br from 10 am on Friday.

It is worth mentioning that the changes in ticket sales took place after strong pressure from fans on social networks, outraged by the exclusivity of the event. Gaviões da Fiel, the largest organized supporters of Corinthians, even took a stand on social media against the club’s decision – see note below.

The party, which aims to bring the cast even closer to the crowd, will have the gates open from 5 pm and still promises surprises for those who are present at the place. Access to the event will only be through the North, South, Lower East, Upper East, Upper West and Lower West sectors.

See the official note of the Gaviões

This became clear when the board of Corinthians decided to hold an “open” training session at the Itaquera stadium only for members, for those who pay annuity, for those who have a voucher. The Corinthians board once again lied that it was democratic, that Corinthians was for everyone and will leave out the Corinthians player at a time when the team needs support, needs a party, needs Fiel Torcida. And Corinthians fans need their team.

It was the opportunity to have Corinthians inside Itaquera. The one who can’t afford the expensive ticket they are charging at every game, in every sector. But it doesn’t matter to the board of Corinthians that uses the name, surname, the symbols of Democracy just to hunt for likes on social networks.

Either the training is open to everyone or it’s not for anyone.

Previous Police Officer Who Killed George Floyd Sentenced to More Than 20 Years in Federal Court | World
Next 5G in Goiânia: see when signal can be used | Goiás