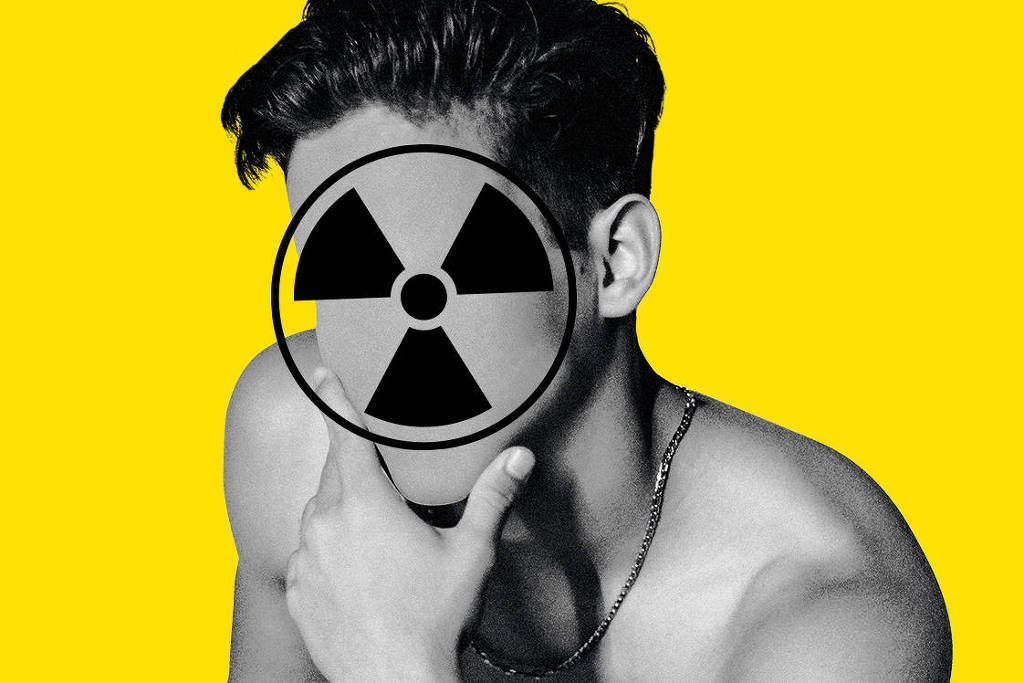 Zombies, vampires, dinosaurs, serial-killers: it’s not that this gang’s days are numbered. But a new kind of monster is appearing in horror movies, and there are good reasons for that.

It’s about the man. Not the human being in general. But himself, the cisgender, the normal straight guy of the species.

After MeToo and all the barbarities that are reported daily, in Bolsonaro’s Brazil or anywhere in the world, it was about time — and the title of a movie yet to premiere in São Paulo, directed by Alex Garland, says it all. .

It’s simply called “Men”, or men, and it tells the story of a young woman (Jessie Buckley) who rents a country house to recover from the trauma she suffered in a relationship with a big asshole (Paapa Essiedu).

The village is beautiful, the house is charming, with a fireplace and wooden beams… But strange things don’t take long to happen. A somewhat prehistoric man, without any clothes on, starts to peer through the window. A policeman appears to attend to her; a priest is also available. There’s the owner of the house she rented. A teenager strikes up a conversation.

The annoying thing is that they are all very similar. Almost the same — and, nice or not, they put the heroine in a state of terrifying psychological pressure. To live up to the title of a horror movie, “Men” does not dispense with a “grand finale” bizarre and disgusting more.

But the message has already been given: there is something threatening, evil, violent in every man. Since Adam, women have been blamed for the desires she arouses — and between the sexual impulse and the impulse to destroy, the line is often blurred.

It’s hard not to sympathize with the character’s fear; I left the cinema looking at each man with strong suspicion.

In a more realistic and delicate register, “Bergman’s Island” also made me see better the inadequacies and defects of my genre.

In Mia Hansen-Løve’s film, everything starts well. The couple is going to take a vacation on a movie island, the car’s GPS works fine, the inn is in good taste, the weather is perfect. They lie down to rest a little. The woman turns her back to her husband, and is silent. Man takes time to understand; she failed to respond to his comments.

“What do you have?” he asks. “Nothing, nothing.” Maybe he insists. Maybe not; pick up a book or magazine. After a while, he sees that she is crying.

But how? Wasn’t everything perfect? The husband waits. He reaches out to touch her shoulder. Anything. She just fidgets a little in bed and straightens her pillow.

The husband gives up. “Things from her.” Women’s things. Otherwise, he has more interesting matters to attend to. The newspaper; the emails; some work project.

He’s older, he’s quite successful professionally, there are requests from all sides, and he’s about to finish a deal that he thinks will work out very well.

She’s young, stuck in a similar job, and lacks her husband’s self-confidence and experience. She is restless. She goes for a bike ride, takes a bath in the sea, tries to work a little, needs something, but doesn’t quite know what.

The husband wants to help, but he does everything in a masculine way; he puts everything in terms of options, alternatives, objective points. The more he tries, the more impatient he seems. The less she answers, the more he gets involved in his own activities—”this I know how to solve, now, her things… not even she herself!”

I have only told the very beginning — little by little, things become clearer (or not). I think that few films show so well, and with so few words, the differences in mentality that interfere in the life of a “normal” couple and, after all, quite happy.

There is the feeling that something was lost, that “true love” was somewhere else and at another time in life, the idea that it would be necessary to erase everything that has already been done and start the script over from scratch. ..

In the eyes of director Mia Hansen-Løve, it is likely that all this is stronger in a female character, while he, the husband, does not give much thought to the problem.

It may well be; For my part, I think I’m quite unromantic. But I also have to say that I was thrilled with a great love moment from the movie — perhaps one of the coolest kisses I’ve ever seen in the cinema. And it is the man who took the initiative.

It is not the case that we lose hope, therefore. But if I were a woman, I would think long and hard before approaching the opposite sex.

Previous Ukrainian company Antonov AN-12 plane lands in Brazil over the weekend; see schedule
Next STJD files Atlético-MG’s complaint against Gabigol, from Fla