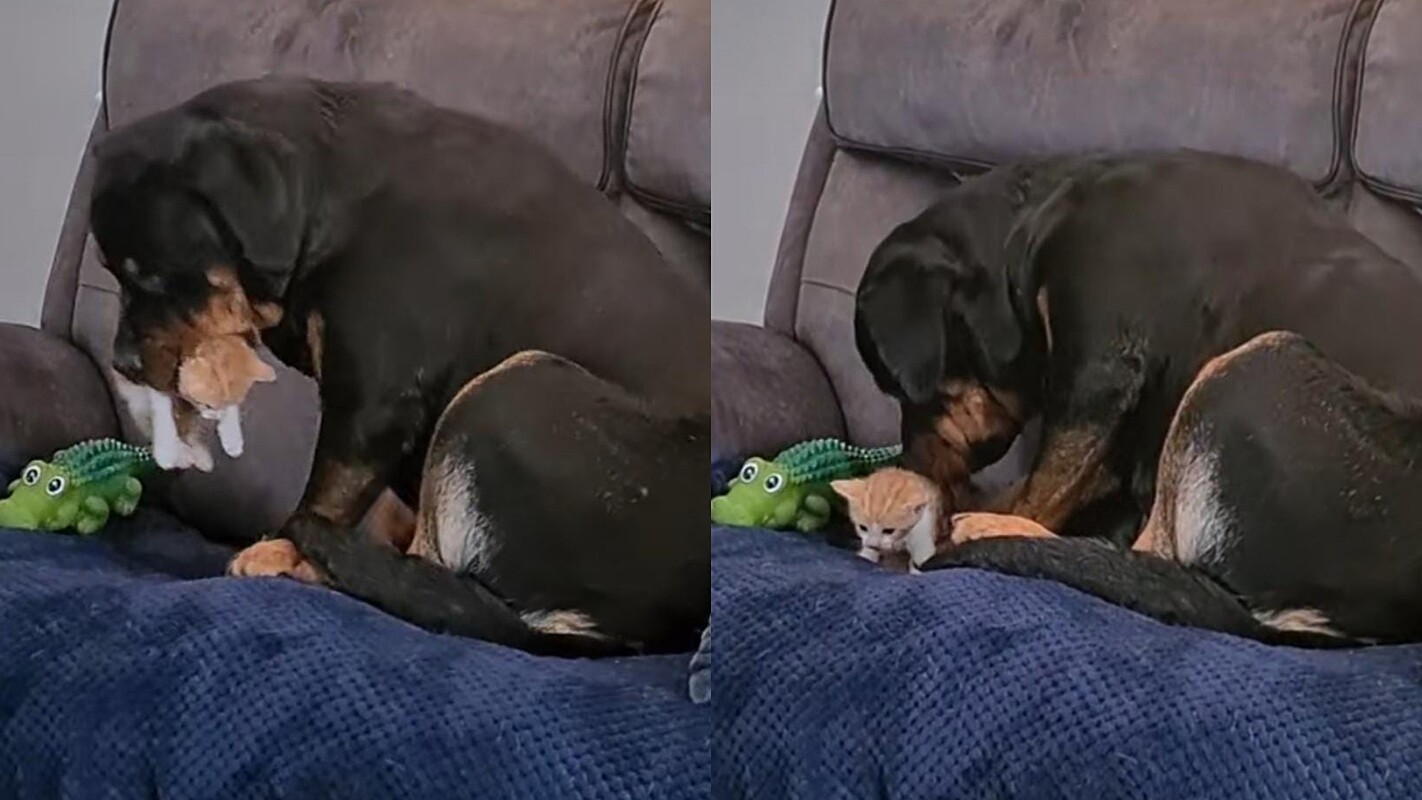 ‘You will not be a single mother’

A video from Tik Tok has melted many hearts, in the record a female rottweiler is filmed taking a kitten by the mouth. The baby is trying to get off the couch, the dog seems worried for his safety.

The most interesting thing about the scene is that the feline mom is also together, and apparently trusts her canine sister a lot and lets her be the ‘nanny’.

The rottweiler named Maggie takes the puppy by the mouth, climbs on the couch and drops the kitten there. After that she was licking and fixing the hair that was misadjusted.

Tutor Marie Parkinson, believed to be from the UK, wrote: “Are Rottweilers cruel? I don’t think so, mine is so sweet”.

“This video is perfect on so many levels! Look at the confidence of the mother cat”, said an internet user.

“No, Marcia, you are not going to be a single mother”, commented another.

In a second video, the rottweiler appears with two orange kittens and a frajola, so she takes care of everyone so that the mother has moments of rest.

Previous Huawei CEO Complains About US Sanctions, Calls Samsung Small
Next Paulo Pezzolano may lose half in the next transfer window and alert is on at Cruzeiro