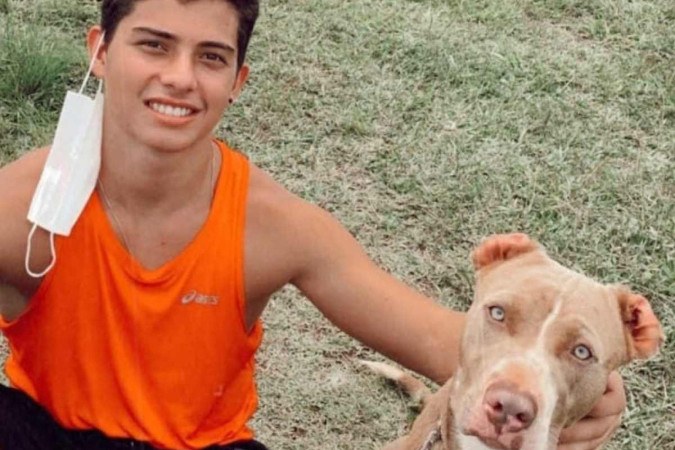 After rabies case, vaccination for pets continues this weekend

The recent case of human rabies in Brasília aroused the concern of health authorities. In an emergency, the Health Department anticipated the vaccination of dogs and cats against zoonosis and set a goal to reach at least 80% of the estimated 345,033 dogs and cats in the federal capital.

Since Wednesday, when the first case of the disease, in 44 years, was confirmed, seven vaccination points have been made available for tutors to attend with pets. The campaign continues this weekend.

The incubation period of the infection is one of the biggest threats to health, as explained by infectious disease specialist Joana D’arc Gonçalves. “Rabies has cycles that keep the virus circulating: the wild and rural cycle, maintained by bats, and the urban cycle, which can be eradicated by vaccination of mammals. The big problem is that the disease has a high lethality and, when the person becomes infected, it can have a long incubation period. The manifestations can come in 15 days, or only after four months, for example”, he explains.

The way, according to the expert, is prevention and monitoring. “We need to follow an adequate vaccination schedule and investigate suspected cases, whether of human or animal rabies, to be able to establish the source of infection and which people are at risk. In this way, we were able to establish an area of ​​action, to carry out a focus block”, he says.

Student Vítor Serra Barroso, 19, did not think twice about taking his two-year-old American staffordshire Anne to obtain protection. He says that, even with the heavy routine, the case of human rabies, after more than four decades, influenced the immediate decision. Of the more than 340 thousand animals in the DF, 89.4% are dogs

“Unfortunately, due to the daily rush, we can’t give the vaccination at the exact time, but we always give it when we can, here at home. Even so, I was a little surprised with a case after having spent so much time from the last one”, he admits.

Vaccinated, now, Anne can walk peacefully, without jeopardizing the safety of everyone around her. “Personally, I feel safe, after she took the vaccine correctly. It was a necessary act”, emphasizes the tutor.

The Health Department warns that, among the means of transmission of the virus, are bites, scratches or licks, both from infected domestic animals and wild animals. Aerial animals, such as bats, or rural animals, such as horses and cows, can also be sources of contamination. The folder’s orientation is, in case of injuries, wash the wounds with soap and water and go to a Basic Health Unit (BHU) to receive medical advice.

Veterinary doctor Layanne de Souza highlights the importance of keeping pets vaccination up to date. “Whether in clinics, zoonosis centers or government campaigns, the important thing is to immunize the animal. The vaccine is extremely important, because only a scratch can contaminate the human being and the disease is highly lethal, both for people and animals” , points out.

She advises that warning signs, such as changes in behavior and mood in dogs and cats, are not ignored. “After contamination, they become very aggressive, drooling and behaving in unusual ways,” she adds. The veterinary doctor reinforces that the rabies vaccine must be made throughout the life of the animal. “The first is made from the four months of the pet, and then a dose is applied per year”, she explains.

In humans, anger also causes changes such as restlessness, sleep disturbance, and nightmares. Other symptoms are hypersensitivity, burning, tingling and pain at the bite site. The initial phase of infection lasts two to four days. Subsequently, a picture of hallucinations is installed, accompanied by fever, which can last for two or three days, with the risk of periodic seizures.

In animals, other features may appear. In addition to the change in behavior, there may be changes in eating habits and paralysis of the hind legs. In dogs, barking becomes different from normal, sounding like a “hoarse howl”. Bats, on the other hand, can be found at unusual times and places. According to the Health Department, the last case diagnosed in dogs was in 2000 and, in cats, in 2001.

*Intern under the supervision of Juliana Oliveira

How to collaborate with Health Services and rabies control measures:
>> Notify the existence of stray animals in the vicinity of your home;
>> Report the abnormal behavior of animals, whether they are aggressive or not;
>> Report the existence of bats of any species;
>> In cases of death of suspected animals, arrange the delivery for collection of material for laboratory tests;
>> In case of aggression, do not kill the animal, immediately seek a health unit

Previous “I’m a chemical dependent just like those in Cracolândia”, says Casagrande
Next The Boys | Creator Reveals Origin of Gal Gadot’s “Imagine” Parody