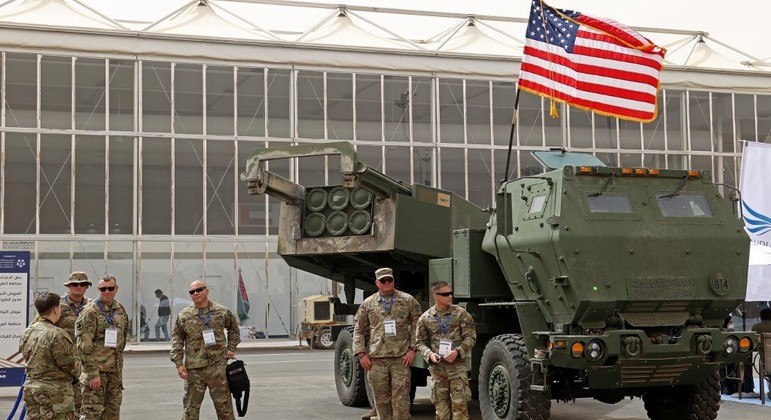 The United States government announced on Friday (8) an additional package of military aid to Ukraine worth 400 million dollars (R$ 2.1 billion), which will include weapons of “greater precision capacity”.

A senior Department of Defense official explained in a telephone conversation with journalists that this new package contains four High Mobility Rocket Artillery Systems (Himars) and ammunition for these long-range projectiles.

This type of weaponry, he said, “is being very important and effective in helping Ukraine” when it comes to fighting Russian artillery in the Donbass region, and with the new Himars announced today, Kiev will have a total of 12 such systems. .

“What we are seeing now is how the US has increased Himars systems and missiles for these systems, with which Ukraine is successfully hitting Russian positions on the front lines and disrupting their ability to carry out artillery operations,” the source explained. of the Pentagon.

The new assistance package also includes three tactical vehicles to help with supply and material recovery tasks, as well as 1,000 pieces of 155mm artillery ammunition, “with greater precision and that will give Ukraine the ability to accurately strike targets.” specific,” added the employee.

The source also pointed out that so far the US has not provided this type of precision ammunition to Ukraine and that the package represents an evolution in assistance to Kiev, which is committed to the fight for control of the Donbass region, in eastern Ukraine.

The aid, which contains demolition ammunition and anti-artillery radar systems, among others, will arrive in Ukraine in the next two weeks and will be sent to Donbass.

The US Department of Defense official also stated that the security assistance her country provides to Ukraine “is clearly shaped” based on requests from Kiev, which wants weapons to combat Russian operations in Donbass.

“These are the capabilities we’re providing; they didn’t ask for strike weapons,” he clarified.