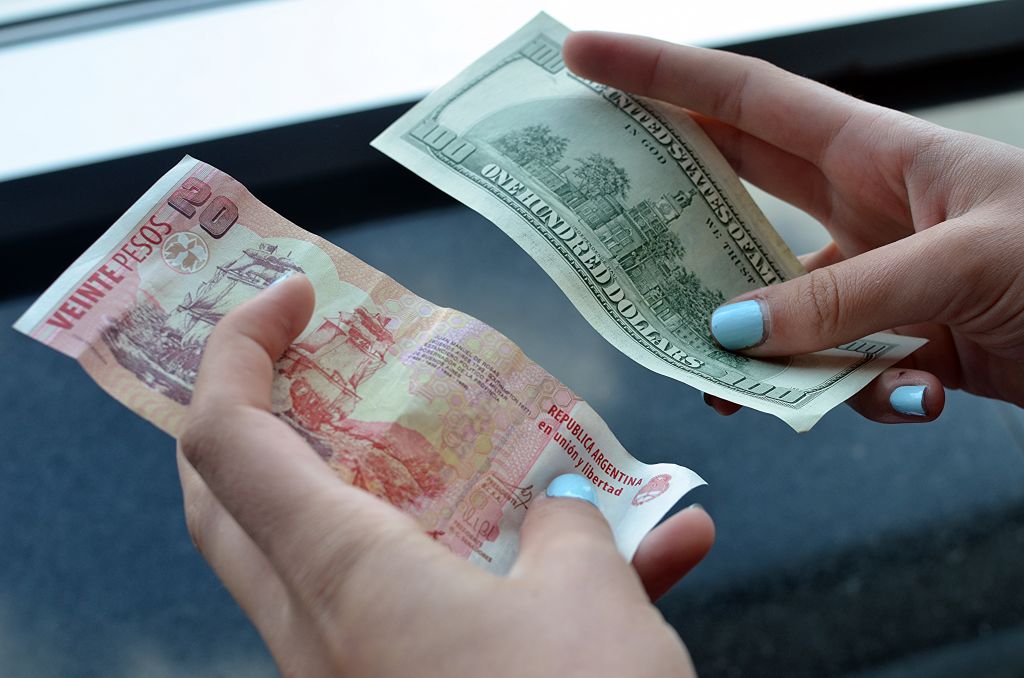 Argentina is experiencing a new crisis, and stores do not even know how much to charge

Popular retail stores in the Once district, in Buenos Aires, took a while to open last Tuesday (5), and when they received consumers, they had posters in their windows that warned that all products were 20% more expensive than registered on the labels. The delay in opening, as well as the posters, resulted from the fact that businessmen no longer knew how much to charge customers.

“No one knew if the dollar would increase or if there would be a shortage of goods. On Monday (4), many shops did not even work because they no longer had a reference price for sales,” said Salvador Femenía, spokesman for the Argentine Confederation of Medium Enterprises (Came).

Uncertainty was already high in recent months, but it increased after the resignation, on the last day 2, a Saturday, of Martín Guzmán, Minister of Economy since the beginning of the Alberto Fernández government. In March, Guzmán had reached an agreement with the International Monetary Fund (IMF) to pay off a debt of US$ 44 billion between 2026 and 2034. In return, the agency asked the country to reduce the fiscal deficit by 3% of GDP, this year, to 0.9% in 2024. Vice President Cristina Kirchner, however, took a stand against this agreement, creating a crisis in the government. She won the contest.

Fernández announced that Silvina Batakis (close to Cristina and considered more unorthodox) would replace Guzmán only on Monday. “We spent a day and a half without a minister. It seemed that nobody wanted (the position). This generated a huge mistrust”, said Andres Borenstein, chief economist at Argentine consultancy EconViews.

Uncertainty has been growing since the beginning of the year, as signs appear that the government will not comply with the agreement with the IMF, considered a relatively light adjustment program by the body’s standards. As a result, the dollar exchange rate on the parallel market (257 pesos) is already more than twice that of the official market (126 pesos).

To make matters worse, international reserves are at a very low level. Despite announcing that they reach US$ 42.3 billion, the government does not have all this volume. Market estimates indicate that only US$ 3.5 billion are net reserves. That’s because Argentines can open bank accounts in dollars in the country. In this case, its resources are not lent and are deposited with the Central Bank, as a reserve requirement. As if that weren’t enough, the country needs dollars to import energy, especially now in winter, when consumption grows due to the use of heaters. But the price also increased with the war in Ukraine.

Thus, to control the outflow of dollars, the government has increased restrictions on access to the foreign exchange market. Last week, it banned the installment payment of purchases at duty-free shops – a feature that was no longer allowed for international tickets. The previous week, it had determined that companies will only have foreign exchange to import a volume 5% higher than in 2021.

According to Came’s Femenía, the difficulty in accessing the exchange rate has already resulted in the scarcity of imported inputs, such as raw material for paper and rubber for tires. There is concern that items such as coffee and electronics are missing.

Owner of the Café Martínez chain, Marcelo Martínez says he has coffee for the company’s 200 units until September. But he stopped selling in supermarkets. “We have inventory problems and we need to choose where to sell.”

It was this possibility that the goods disappear from the shelves and that the dollar soars more in the parallel market that led shopkeepers to delay the opening of their stores on Tuesday. “Nobody knows for how much to sell, because nobody knows when and for how much they will be able to replace the goods”, says economist Dante Sica, who was Minister of Production in the Macri government. For Sica, the country should experience stagflation until the end of 2023, when there will be elections.

For economist Paula Malinauskas, from the consultancy LCG, as the origin of the crisis of the last week is in politics, an immediate solution seems difficult. “A part of the government stands as an opposition. Cristina wanted to show that she and a part of the party did not agree with Alberto’s decisions.”

Borenstein says there is nothing that can be done to save the economy in the short term. “The situation of political weakness means that even good ideas do not advance. Devaluing the currency and raising the interest rate when there was an agreement with the IMF was one thing. Doing it now will probably not work, because there is no more credibility.”