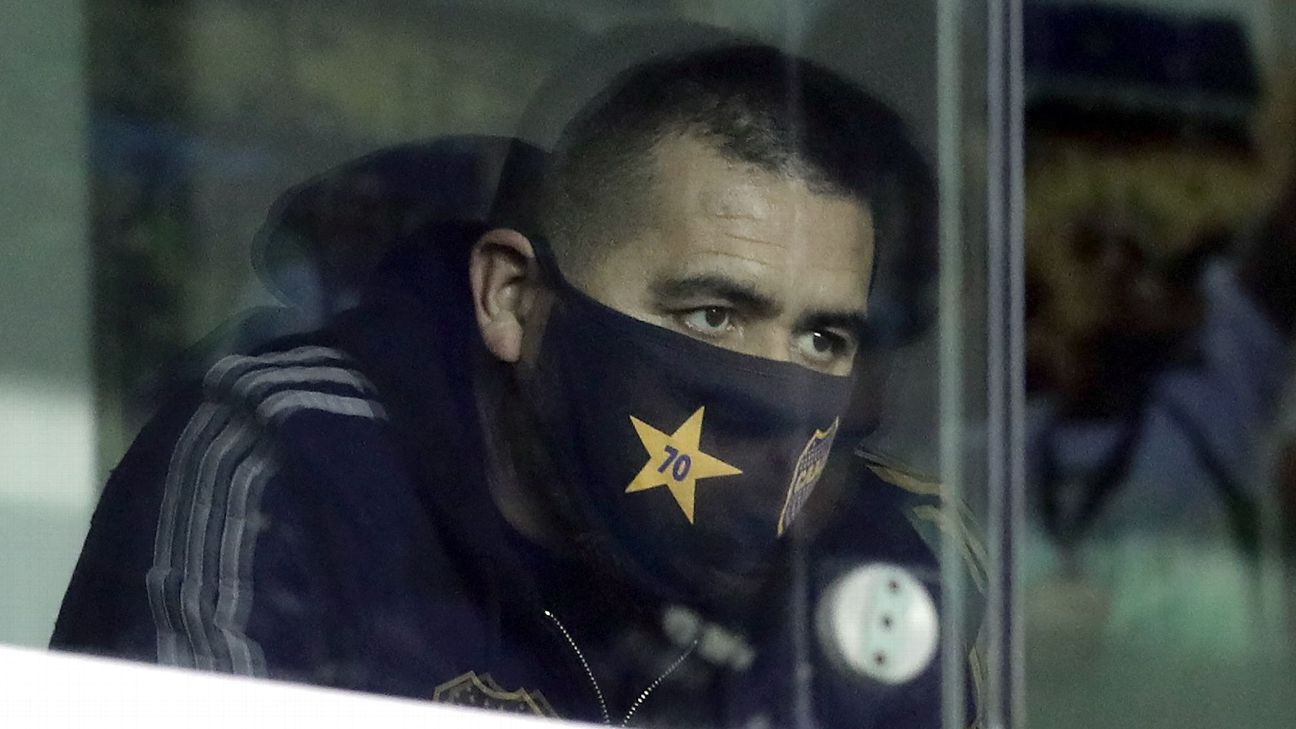 Before Boca x Corinthians, Benedetto and leaders of the squad had a strong conflict with Riquelme, reveal newspapers; see backstage

According to the Argentine press, the atmosphere at Boca Juniors was already ‘hot’ even before the fall to Corinthians in Conmebol Libertadores

And the atmosphere behind the scenes of the Boca Juniors remains tense after the fall in the octaves of CONMEBOL Libertadores for the Corinthians in the middle of the week. This Friday (8), the Argentine press echoed another ‘bomb’, which happened even before the match last Tuesday (5).

According to information from hello and Tyc Sportstwo traditional Argentine vehicles, Boca players refused to concentrate after the match in La Bombonera due to a debt related to the award Argentine Professional League Cup (formerly Apertura), and on the eve of the game there was a ‘hot’ meeting between the leaders of the squad and the Football Council (board), headed by the vice president and Xeneize idol Juan Roman Riquelme.

were present at the meeting Carlos Izquierdoz, Marcos Rojo, Javier Garcia and Darío Benedetto, who even missed two penalties against Corinthians. There was a strong conflict between the athletes and Riquelme, which, according to the publications, had a negative influence on the following day.

That’s because, internally, members of the board of the Argentine club deny that there is in fact a debt with the players, and even make fun of it. “Let’s understand why they talk so much, they still haven’t won anything important”, one of the leaders would have said, according to the hello.

In fact, in a video that circulates on the internet, Benedetto speaks loud and clear in the access tunnel to the Bombonera lawn. “I’ll tell you what, yesterday they treated us like losers, so let’s show these motherfuckers that we are winners”, says shirt 9.

Former defender and board member of Boca Juniors, Jorge Bermúdez spoke exclusively with ESPN Argentina and gave his version of the case. According to the manager, there was no meeting or ‘hot’ atmosphere between the board and the players on the eve of the game.

“At no time was there a meeting in which it was said that one was inside or the other was out. These are just speculations. We can guarantee that today we have a technical trident that makes its decisions and that we will respect them a lot, like Miguel Ángel Russo and Sebastián Battaglia,” said Bermúdez.

Among the consequences of the elimination, Boca fired Sebastián Battaglia from the technical command of the Argentine club. The resignation was confirmed last Wednesday (6).