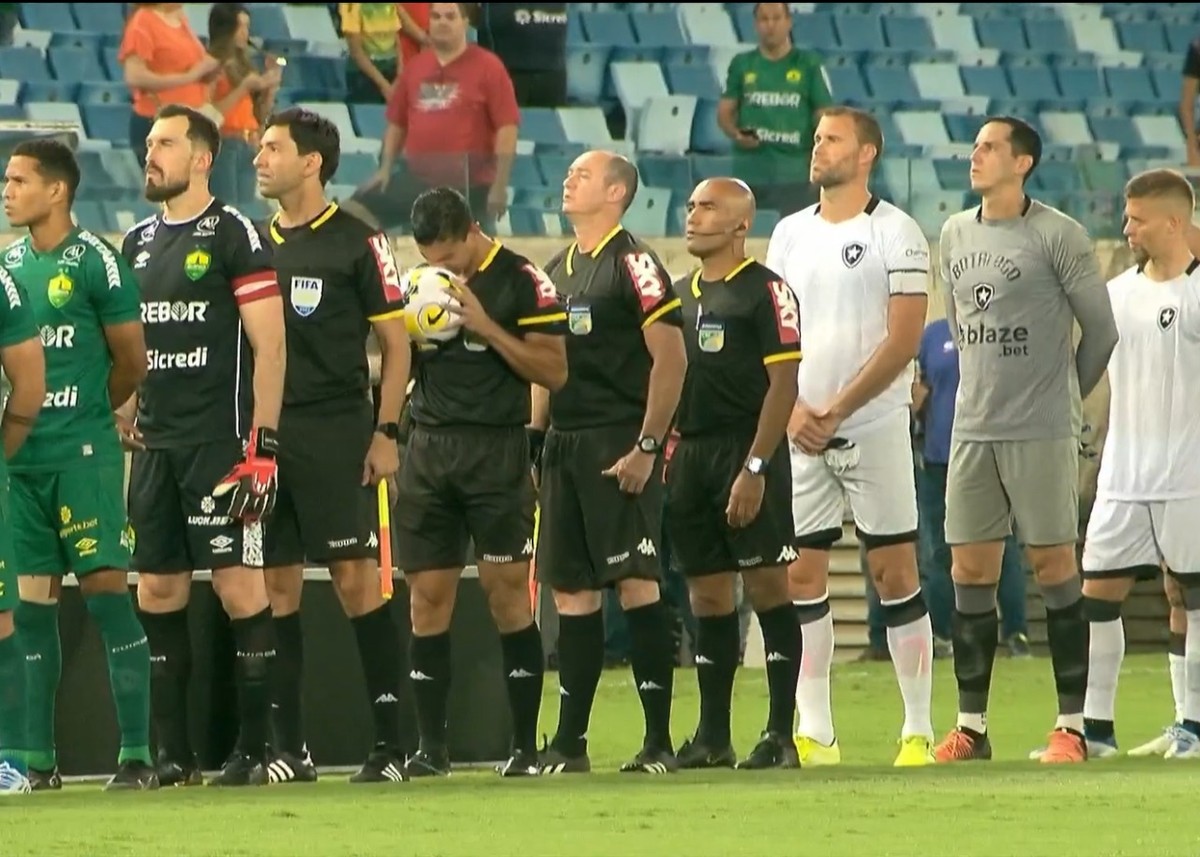 The debut of the uniform with a new sponsor did not go as planned by Botafogo this Sunday. Due to an obligation to play in white, only goalkeeper Gatito entered the field with the logo of Blaze.bet, a betting company, stamped on the shirt.

Botafogo announced on Saturday the agreement with a new partner. In addition, confirmed that the debut would take place in the match against Cuiabá.

Botafogo players before the game against Cuiabá — Photo: Reproduction

Initially, Botafogo would play with the main uniform, something common in games at Arena Cuiabá. So much so that he released photos of the new partnership. However, referee Jefferson Ferreira de Moraes requested that the team play in white.

After questioning the geBotafogo claimed that there was no time to stamp the logo on the reserve uniform (see note below). The full debut will take place against América-MG, Thursday, at Nilton Santos.

The contract with Blaze will run until the end of the year. The contract values ​​were not disclosed.

Commercial deliveries for our new master sponsor have already started and the debut on the shirt would normally take place in today’s match, with the use of the alvinegro uniform.

However, at the request of the refereeing team, it was necessary to change the logistics at the last minute and use the white uniform.

As the sponsorship was finalized yesterday, there was not enough time to apply the brand in all uniform games.

In alignment between the parties, the Botafogo will make the debut of the new brand in the master of line players in the next match.