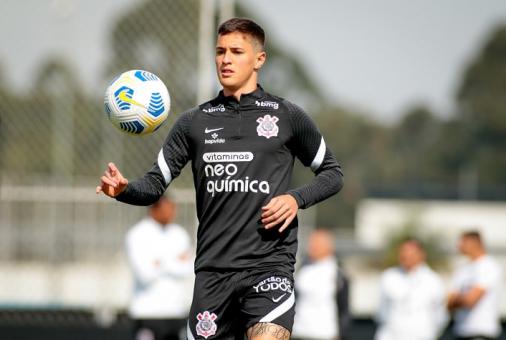 Corinthians confirms the return of athletes who were on loan; know who they are

The trio Ramiro, Mateus Vital and Léo Natel trained at the Corinthians this Saturday (9). The athletes were on loan to other clubs outside Brazil and did not have the purchase exercised. They are back after a vacation last month.

+ See Corinthians arrivals and departures in the market

Ramiro has been at Al-Wasl since August 2021. In the UAE team, the athlete scored two goals, one of them in his debut, and provided six assists in 34 matches.

With the midfielder, the Arab team was only in sixth place in the national championship, was vice-champion of the League Cup of the United Arab Emirates and reached the semifinals of the President’s Cup, continental competition.

Al-Wasl did not exercise the option to buy 4 million dollars (R$ 21 million, at the current price).

Vital already made 40 matches for Panathinaikos, from Greece, but 16, less than half, as a starter. To make matters worse, most of the time he started playing was in matches at the beginning of his time at the Greek club. At the end of the passage, Mateus accumulated games in which he played less than 30 minutes, in addition to situations in which he did not leave the bench.

In total, the attacking midfielder scored three goals and provided one assist in the period. Two of those goals were scored in the same match, a 4-0 victory over Anagennisi Karditsa, in the quarter-finals of the Greek League Cup.

With Mateus Vital, the club was champion of the League Cup, but was only in fourth place in the Greek Championship. Even so, the European team did not exercise the option to purchase 4 million euros (R$ 21.4 million, at the current price) for 50% of the economic rights for the athlete.

Léo Natel was the closest to being acquired. The player was loaned to Apoel, from Cyprus, where he spent the second time – the first, also on loan, had been between 2018 and 2019, when the striker still belonged to São Paulo.

Beloved in the team, the athlete scored six goals in 29 games, but did not stay in the Cypriot team for two reasons: the fall of the euro and the bad season of Apoel, who was only in third place in the national championship and was eliminated in the quarterfinals. at the local cup.

The three players will be evaluated by the coaching staff of coach Vítor Pereira in the coming days, to see if they can add the Timão squad for the rest of the season.

Meanwhile, the Corinthians football department will remain open to listen to possible interested parties in the trio of players.

Previous Protesters Protest Against the Government During National Holiday in Argentina | world and science
Next ‘I was born here, I’ve never seen anything like it’

This Saturday, Santos visit Internacional in a match valid for the 29th round of the …