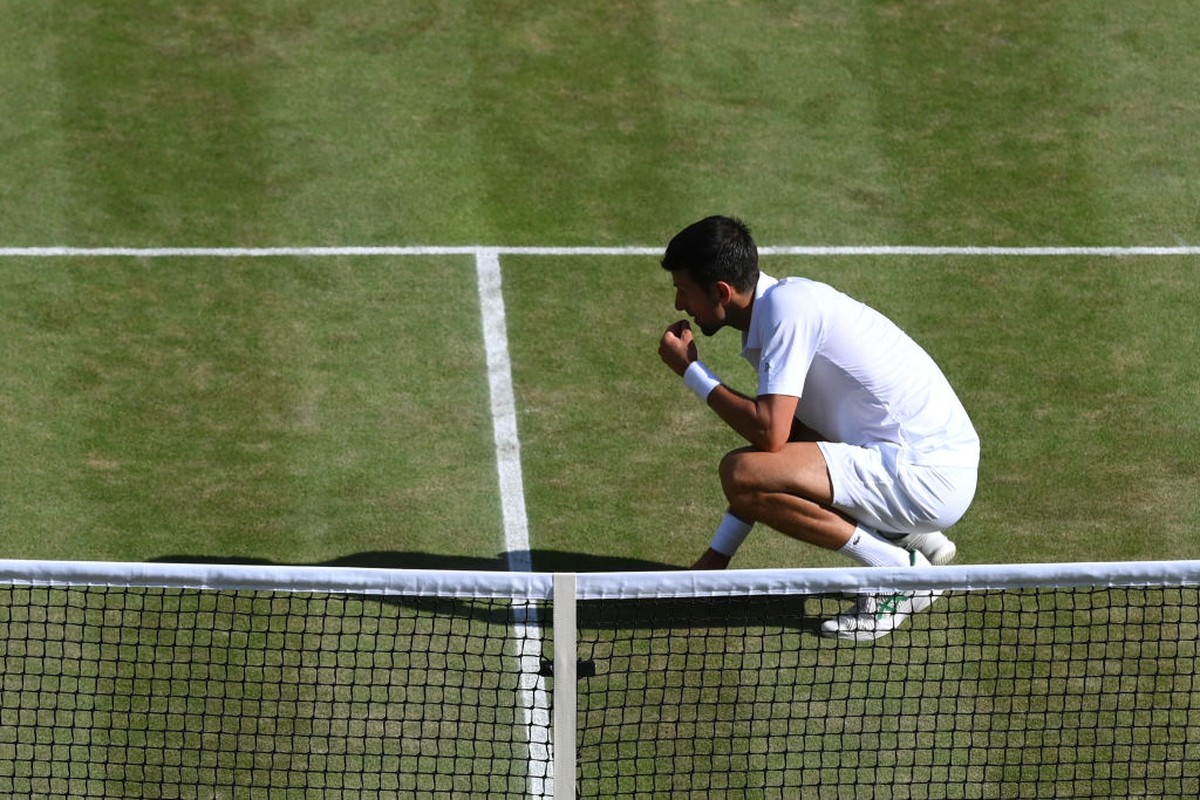 Novak Djokovic is Wimbledon champion for the seventh time in his career. He beat Nick Kyrgios in the final by 3 sets to 1, partial 4/6, 6/3, 6/4 and 7/6 in exactly three hours of play in the center court of the London tournament. The Serb isolates himself in second place in history in grand slam titles with 21. Rafael Nadal with 22 is the only male player with more majors than the Serb.

“I have no words to describe what this trophy means to me and my family. It’s the most special tournament of my life and what motivates me the most. It’s why I started playing,” said Djokovic.

With the title, Djokovic equals Pete Sampras and William Renshaw as the second-highest champion in the men’s tournament history. Only Roger Federer has more titles, with eight cups under his belt.

The Serbian also becomes only the fourth male tennis player in history to win at least four consecutive Wimbledon titles. Only Pete Sampras, Roger Federer and Björn Borg made it, the last two made the penta.

After the match, Djokovic made a point of praising Nick Kyrgios’ performance during the tournament and the competition final especially in an entertaining interview that drew laughter from the audience.

– You are very talented and now things are coming together for you, I’m sure we’ll see you in the final stretch of the grand slams. I never imagined I would say so many nice things about you considering our relationship. It’s officially a bromance (laughs) – joked Nole.

The expected serves from below came early in the match between Novak Djokovic and Nick Kyrgios. In his first serve game, the Australian did it and got it wrong, because the point was with the opponent. Despite this, it was the controversial tennis player who started the game better.

Serving very well, Nick practically didn’t give Djoko chances in the first set and knew how to take advantage of the only opportunity he had to open up. In the fifth game, he won two break points and won thanks to a double foul from the Serbian.

Then all he had to do was confirm his own serves, which he did quite efficiently thanks to the great, and unpredictable, serve he has. In the pressure game, which was worth the set, the Australian suffered, but closed with an ace. 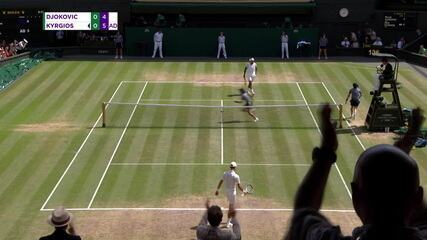 Kyrgios closes the first set with an ace: 6 x 4

Kyrgios could, surprisingly, make better use of long points than Novak at the beginning of the game. But that started to change in the second set. The Australian lowered the level of serves in the fourth game and gave a triple break to his rival, who took advantage of it and opened 3/1.

Nole managed to save himself in the next game to maintain the advantage. At 5/3 he had the chance to serve for the set, conceded a triple break point to Nick Kyrgios, saved everyone, also avoided a fourth chance from the Australian and tied the game in the sequence with the victory in the second set. 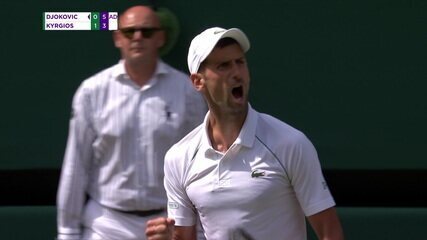 The Australian started to get angry, argue with staff members and lose concentration on the match. He conceded two break points to Novak Djokovic in the first game, but managed to save himself. But Nick remained unfocused.

Serving with 40 x 0, he began to argue with his own team, made mistakes, took five points in a row and the upset break, giving Djoko the chance to serve for the third set, fully taken advantage of by the 20x grand slam champion.

Nick Kyrgios continued to bring the ingredient of confusion in the third set. He fought with his own team, with the referee… he even complained about the net sensor that accused him of touching the serve. Despite this, he stabilized the game and managed to confirm the serves, but he couldn’t put pressure on Djokovic’s serve.

The balance was maintained throughout the set. With no breaks, the stage went to a tiebreak and then Djokovic got the better of it. He remained centered, won two minibreaks and secured his 7th career cup at Wimbledon.

Previous Gugu’s daughter is cornered by criminals and worse news is given: “Crime”
Next customers despair after cryptocurrency company bankruptcy