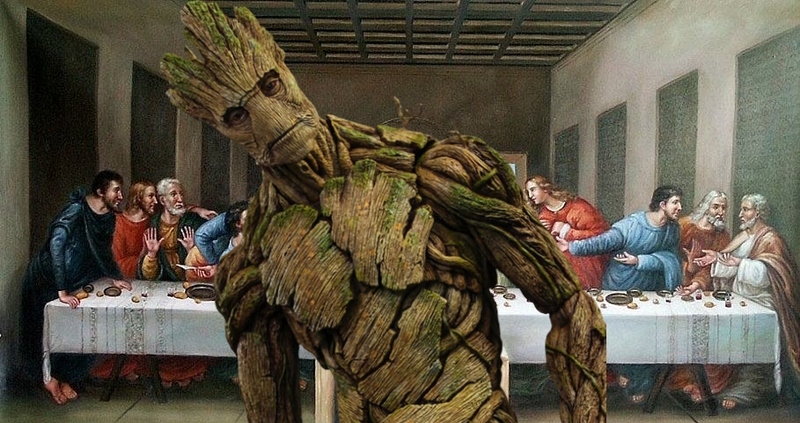 ‘Guardians of the Galaxy’: Deleted scene would reference the famous painting of the Last Supper; Check the image!

While working on post-production on ‘Guardians of the Galaxy Vol. 3‘, the director James Gunn revealed the image of a deleted scene from the original film.

The publication makes reference to the famous biblical painting of Leonardo Da Vinciin which Jesus is reunited with his 12 disciples during the Last Supper.

in the version of GunnGroot appears in the center of the table, next to Drax (Dave Bautista) and some aliens.

Unfortunately, the filmmaker did not reveal why the scene was deleted.

“Groot’s Last Supper. Screenshot of a scene from the original movie, which I cut from the official version.”

Groot’s Last Supper. Screenshot from the original Guardians, which I cut from the final film. #GotG pic.twitter.com/bIRKQlFmUZ

It is worth remembering that the filming of the 3rd movie has already been completed!

“We finished the trilogy of ‘Guardians of the Galaxy‘. I love this cast and this crew. They are extremely talented and have beautiful souls. I am so lucky to have them by my side on this journey for nearly a decade.”

Remembering that Guardians of the Galaxy Vol. 3‘ hits theaters in May 23 from 2023.