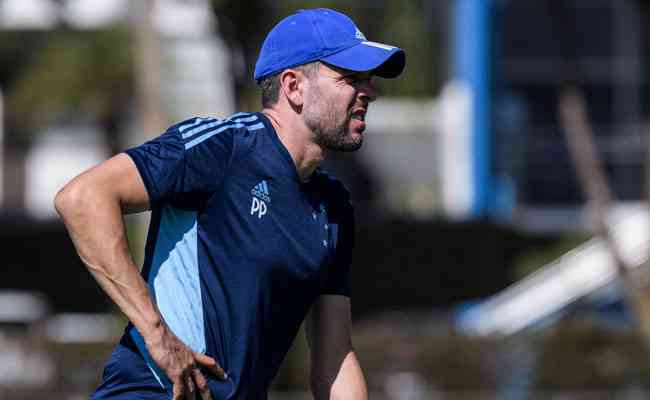 Cruzeiro works to announce some more reinforcements until the opening of the second semester window, which runs from July 18 to August 15. So far, the SAF board has closed with defender Luis Felipe, ex-PSV from Holland, and striker Bruno Rodrigues, who was last in Portugal’s Famalico.

Coach Paulo Pezzolano said that Cruzeiro is still looking for some parts, but completely ruled out big names dreamed up by the fans. According to him, the SAF management will not abandon the policy of spending only what it can.

“Sometimes fans want high-quality reinforcements, these are very expensive. We have to know where Cruzeiro is, which has a very big debt. So, these will not arrive. What will arrive always thinking about the present and the economic future for Cruzeiro. As a coach, (to Cruzeiro) I came to know that. The team we have. Some players will arrive, yes, but this will be the squad we will have until the end of the year”, explained Paulo Pezzolano.

With a payroll estimated at R$ 2.7 million, Cruzeiro’s budget is much lower than that of Grmio, for example, which envisions more important names.

“What I mean is that players who are arriving will not arrive, for example, in other teams that are struggling to rise, that spend more than they can. Cruzeiro will not do that, it will have the squad it has. And some players that they arrive have to be within the economy, within the game model, the most important thing. But we will go with whoever can arrive, but today we are confident with the players we have because they are giving 100%. all together,” he said.

Striker Marquinhos Cipriano, from Shakhtar Donetsk, who was on loan at Sion, from Switzerland, has been talking to the heavenly board. Cruzeiro is still discussing with Grmio the release of midfielder Fernando Henrique. The Grêmio summit retreated in the cession, but there is still hope of agreement, mainly on the part of the athlete, who wants to play in Raposa.

With few resources, Cruzeiro will also give more space to young people from the base. In the defeat to Guarani, for example, coach Paulo Pezzolano launched forward Breno, coming from the Under-20 team. He was on the field until the 34th minute of the second half, when he was replaced by Vitor Leque.

Breno had already played four minutes against Ponte Preta, for the 13th round.

Pezzolano liked what he saw very much. “We are always seeing them. They are part of the first team, all of them under-20. They are training close by, we are watching the training sessions. But when I see that there is an opportunity to do it, we do it. I think Breno did very well today . a boy who is working well and did very well”.

Previous Menopause changes skin and hair; know how to treat
Next Xiaomi 12 Lite launched with 108MP camera and 120 Hz OLED screen – All in Technology