The lyrics of two new songs co-written with Jeff Beck seem to have a clear target. 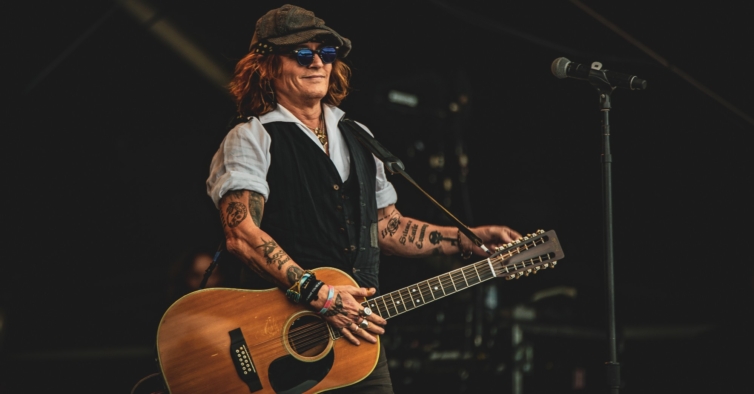 It’s the fight that never ends

“I think you’ve said enough for a goddamn night”, sings Johnny Depp in one of the new songs he has taken to the stage, side by side with musician Jeff Beck. The lyrics were revealed in a review of the record published in The Sunday Times.

The attitude seems to be common to several themes on the album. In “Sad Motherfucking Paradise”, Depp is back on the attack. “You’re sitting there like a seven-year itch [expressão usada para descrever o momento de declínio de uma relação]. If I had some change, it would never fall into your hand.”

The album written in partnership with Jeff Beck is called “18” and will be officially released on July 15th. The lyrics are taken from precisely the only two songs originally written by Depp. The rest of the album is filled with versions of themes by artists like Lou Reed, The Velvet Underground and The Beach Boys.

But that’s not all in this last chapter of the Depp-Heard battle. The actor has just sold several NFTs for over 700,000 euros, which he decided to donate, in part, to the Children’s Hospital of Los Angeles, an institution that Amber Heard has helped in the past. A gesture that is also seen as another small lunge at the ex-wife.

Previous Heat wave. Directorate-General for Health issues recommendations
Next Before Boca x Corinthians, Benedetto and leaders of the squad had a strong conflict with Riquelme, reveal newspapers; see backstage