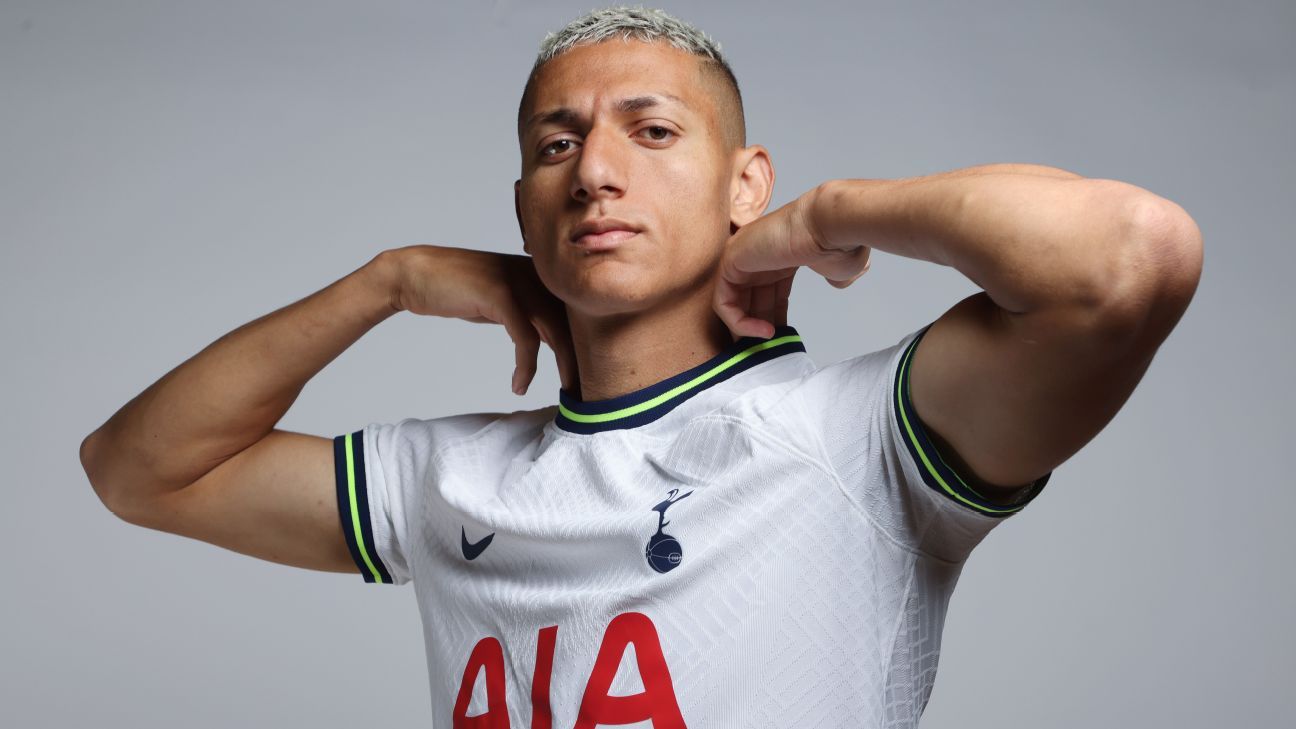 This Saturday (9), the tottenham officially introduced the striker richarlison as a new reinforcement.

In an interview with the YouTube officer of spursthe Brazilian revealed his reaction to receiving the official proposal from the London team.

“I’m very happy for this moment. I remember that, when I was in Brazil, Tottenham’s proposal came and I couldn’t believe it was true. After I signed the contract, even more… I don’t know, it seems like a dream, Really!”, he was thrilled.

The “Pigeon” also filled the technician Antonio Conte of praise and reported that he received a call from Carlo Ancelottiwho was his coach at Everton and is currently at Real Madrid, to congratulate him on the transfer.

“He’s one of the best coaches in the world, right? It’s a privilege to be here being coached by him. I think I’ll learn a lot. He’s a good friend of Ancelotti, who congratulated me on the transfer and said that Conte is his friend. , I have everything to grow here in his hands. I hope to contribute on the field, bringing victories and titles to help”, he said.

See other excerpts from the interview:

The thrill of competing Champions League

“It’s a dream, isn’t it? I was even talking to my friends outside… If on TV we got goosebumps listening to the little song, now I’ll be able to be inside the stadium, listening to that song at the beginning of the match and playing the Champions. I always said that my dream was to play in the Champions League, and now it will come true.”

“Maybe I can cry, because it will be a very special moment to be there playing the Champions, something I only saw on TV. Until last year I was on the couch at my house watching the Champions and I told myself that it was time to play this championship. When that moment comes, I will be very excited, because it is a great competition, and all the athletes want to be in it”

The importance of having Brazilians in Tottenham’s squad

“It’s important to have Brazilians (Lucas Moura and Emerson Royal) in the squad. They are my friends, I had only played with them in the national team. When I arrived here, they came to greet me. In the clubs I played before, there were always one or two Brazilians. It’s important for us to feel at home. This year they will help me a lot here at the club, also to make new friends. We have everything to do well this year”

“Let’s fight for all titles”

“Conte is assembling a great team, to be able to arrive well in all competitions. I think we arrive very strong for everything, and we are going to fight for all the titles in the season. The professor will prepare us very well for this, because they are many tournaments, and we have to be focused as much as possible. We have everything to do well and, for sure, at the end of the year we will lift a trophy, yes!”

photo: disclosure Forward was trained in Flamengo’s youth categories (2015-2017) and knows the rivalry with …