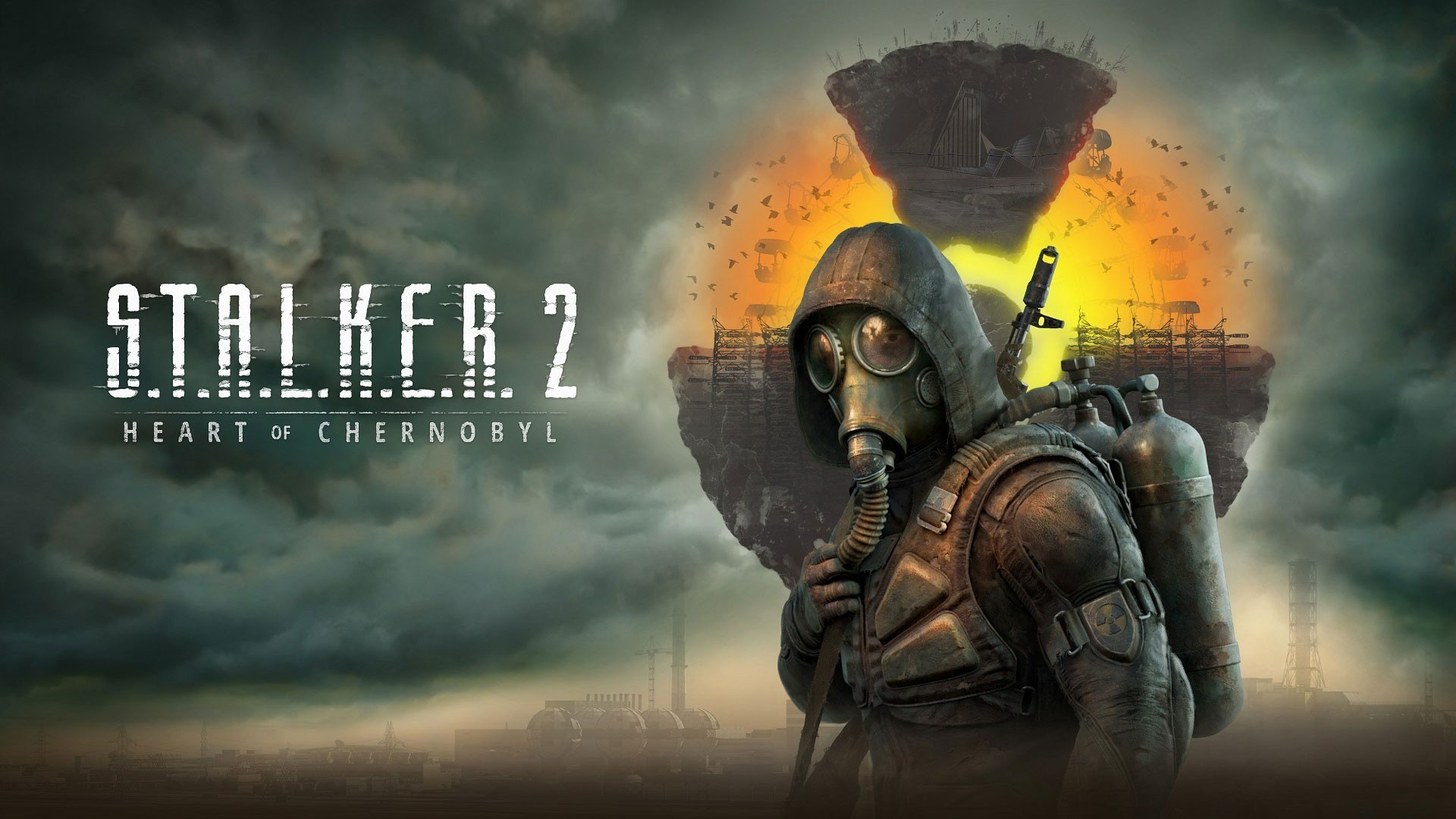 Launched in the ninth generation of video games, the Xbox Series X|S has been treated very carefully by Microsoft to have a respectable collection of games, something that did not happen on the Xbox One. Often, the company shows that it does not intend to repeat the mistakes of the past generation.

To understand Microsoft’s approach to this generation, let’s go back in time. Former head of the Xbox division, Don Mattrick, was a vice president at EA and arrived in 2007 with a vision that the Xbox 360 needed exclusive content, games and expanding its online player base, which led to Xbox Live 10 to 76 million users.

After a reign of respect, Mattrick decided that the Xbox One needed to do the opposite of its predecessor: stop focusing on games and focus on transforming the console into a multimedia center, where the player would watch movies, series, sports, in addition to using apps. like Skype.

His other ideas involved the requirement for the console to always be connected to the internet to work, not being able to trade or sell games, and making Kinect a necessary piece of equipment for the Xbox One. When asked in interviews about his decision, Mattrick aggressively responded that if it bothered you, you could stay on Xbox 360.

Its planning affected the Xbox One for years, even after its departure. The winner was Sony, which verified the lack of exclusives in the competing console and bet on a robust catalog of releases on the PlayStation 4, consecrating it as the champion of the eighth generation of video games.

In 2014, the light at the end of the tunnel that Microsoft needed to take the Xbox division to new horizons arrived: Phil Spencer. Among its bold initiatives are Xbox Game Pass, the subscription service that allowed you to play titles at a low price on your console or PC, and Xbox Cloud Gaming for players to be able to access games from mobile devices and less powerful computers. 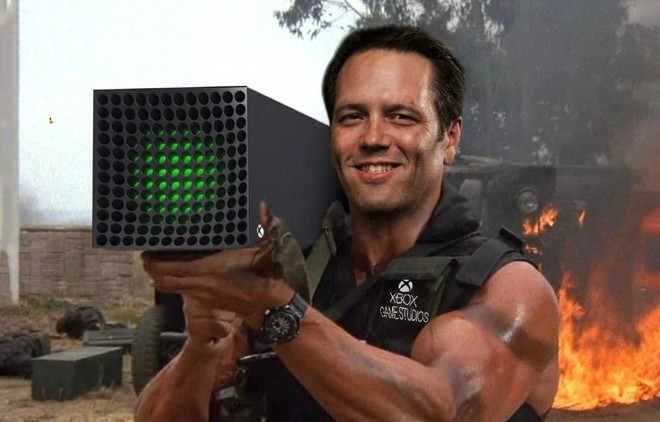 In addition, Spencer took the computer as one of the most important gaming platforms once and for all, going in the opposite direction of Sony, which restricted its exclusives only to consoles. Today, the Japanese company has admitted that Microsoft’s vision was right and brought God of War, its biggest exclusive, to computers earlier this year, in addition to other titles like Days Gone and Horizon Zero Dawn.

Among other bold moves by Microsoft is the acquisition of Bethesda, responsible for acclaimed franchises like The Elder Scrolls and Fallout. In addition, the company is also awaiting the approval of regulatory bodies to finalize the purchase of the giant Activision Blizzard, owner of valuable intellectual properties, such as Call of Duty, Diablo, Warcraft, Starcraft, Candy Crush and many others.

In this list, TudoCelular will bring 10 announced games for the Xbox Series X|S and PC that promise to mark the new era of the console. With titles of all genres, the ninth generation has everything to be one of the best for fans of the platform!

If you enjoy horror games, Scorn is one of the most intriguing and curious titles that will be released this year. Survival horror is a first-person, biopunk-themed title, a science fiction genre that focuses on synthetic biology. He is inspired by the works of artists Zdzislaw Beksinski and HR Giger, the latter responsible for the look of the creatures in “Alien – The Eighth Passenger”.

In Scorn, the player controls a skinless humanoid lost on an alien planet filled with strange creatures and macabre visuals. Just like Doom, you’ll have access to an arsenal of weapons and you’ll need to do whatever it takes to survive.

Although we have several looter shooters on the market, Arkane promises to do something totally different and unusual. Let’s face it, the company has credit, as it has acclaimed titles under its belt, such as Dishonored, Prey and the recently released Deathloop.

First-person co-op play will allow the player to team up with three friends on the island of Redfall in Massachusetts. A horde of vampires has blocked the Sun and made the inhabitants trapped in the city and it will be up to players, with their unique abilities, to survive and destroy the legions of creatures.

The Warhammer franchise is one of the most established on PC, but it has also made its way onto Xbox and PlayStation consoles over the years. The new title is aimed at fans of the series, especially those who played Vermintide, highly praised for its cooperative combat. It was supposed to be released in 2021, but it was pushed back to that year. Fortunately, that means the developer has had more time to improve the game.

Warhammer 40K: Darktide will take players to the city of Tertium, where hordes of bloodthirsty and bizarre enemies are ready to kill you. He will once again focus on the cooperative and will do the teamwork essential for survival.

Announced in 2020, the third title in Undead Labs’ popular franchise will remain exclusive to the Xbox ecosystem. State of Decay 3 comes with an important mission: to fix all the problems of the second game, considered inferior to the first.

Unfortunately, there are very few details about the title, just that it’s in production and won’t be out anytime soon. The first game was renowned for its survival elements and frantic combat against hordes of zombies.

Rare is famous for creating established franchises such as Banjo-Kazooie and Donkey Kong, with Everwilds, its new intellectual property, marking the company’s return to one of its main strengths: creating magical worlds surrounded by nature.

Sadly, the game hasn’t received any new information in quite some time, having been announced in 2019. From what little we’ve seen, it looks like an extraordinary adventure with gorgeous graphics and inspired art direction, plus a charming soundtrack.

Obsidian Entertainment is known for presenting one of the best RPGs of its kind: Fallout New Vegas, a favorite of many fans of Bethesda’s franchise, despite not being part of the main chronology of the series. Since its announcement, little information has been released.

If it follows its predecessor, it will have all the elements that made Bethesda games so beloved: an immersive narrative, a world full of possibilities and many secrets ready to be discovered.

The developers of the acclaimed racing series Forza will venture off the beaten track, but bring their engine to a new chapter in one of the most beloved roleplaying games of all time. Microsoft is wise and fully aware that Fable has a legion of fans eagerly awaiting a sequel to the franchise, so you can’t make mistakes.

Although we don’t have much information about the title, we know that Playground Games is a competent developer and knows how to create an open world like no one else, but it’s clear that some players are worried about such a big change in genre. The game has been in development for over 4 years and new details are expected to emerge in 2022.

Despite having also come out for PlayStation and Nintendo Switch platforms, the sequel to Hellblade: Senua’s Sacrifice will be one of the main games in the Xbox ecosystem. In case you loved the first one and don’t have a PC or Xbox Series X|S, your life will be complicated to try the new title.

Starfield is one of Bethesda’s most anticipated titles since its acquisition by Microsoft. The new exclusive intellectual property of the Xbox ecosystem promises to be the company’s most hardcore RPG in recent years, being a must buy for fans of the genre.

Space-themed and promising over 1000 explorable planets, Starfield is expected by many to be Bethesda’s biggest game since The Elder Scrolls V: Skyrim. One thing is for sure: if it fails to live up to expectations, it’s a good thing the company’s director and executive producer, Todd Howard, is looking for a place to hide from the community for a while.

Fans of the STALKER franchise went wild when Microsoft announced its sequel at the E3 2021 press conference, but there’s a good reason for that: the game has been long-awaited for over 10 years. Being hugged by the owner of Xbox was all it took for its launch to become a reality.

It will be the first game in the series to be released on consoles, with only Xbox Series X|S players being able to experience it firsthand. The horror shooter takes place in an alternate reality where a new radioactive disaster occurs in Chernobyl and results in intriguing mutants and anomalies.

Previous Journalist criticizes Corinthians x Flamengo referee and detonates ‘Central do Apito’: ‘It was silent’
Next Why showing stress and anxiety can improve your image