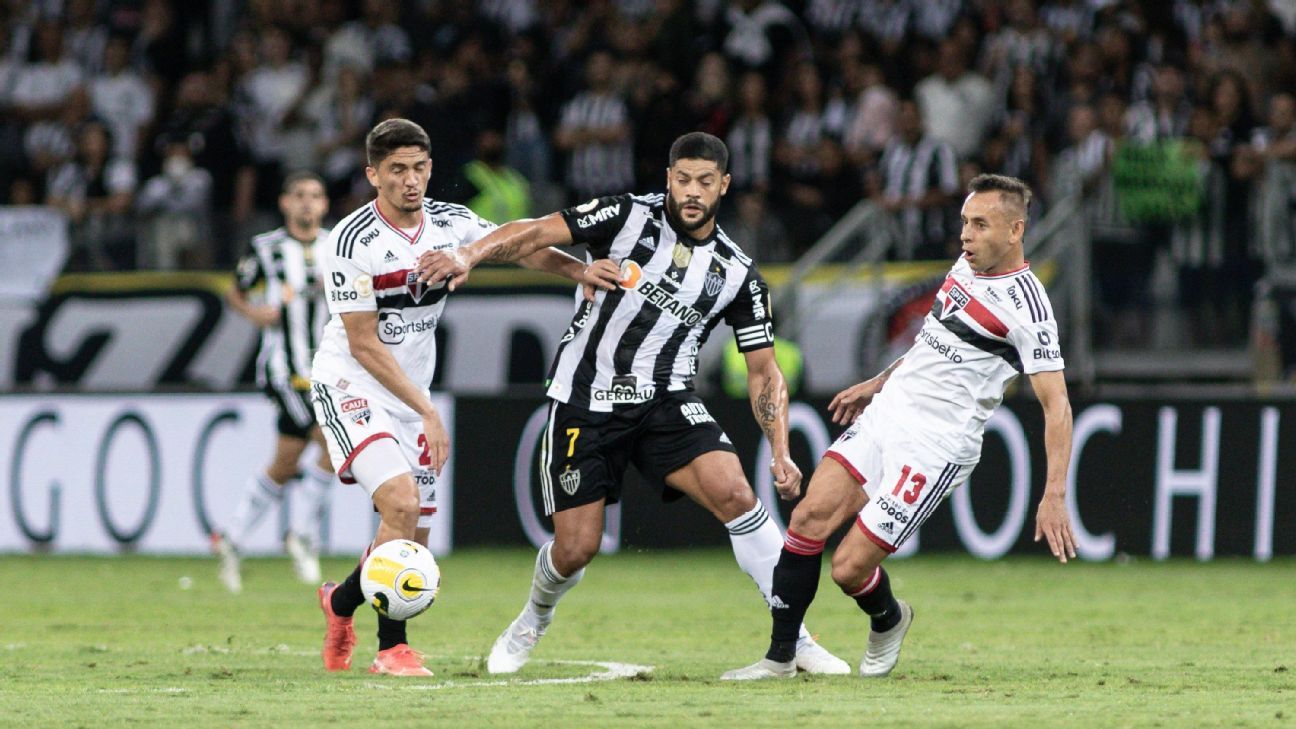 Atlético-MG complains of two penalties, evaluated and not given by VAR and the referee on the field, and draw 0-0 with São Paulo for the Brasileirão

For the 16th round of the Brazilian from 2022, Atlético-MG and Sao Paulo faced each other at Mineirão this Sunday (10). In an uninspired match between the two attacks, the 0-0 remained until the final whistle in Belo Horizonte and the teams added one point each. The miners complain of two penalty kicks in the final stretch of the game, one on Hulk and the other of a hand touch in the area, not given by Daronco.

Captain of Altético-MG, Hulk did not wait for the end of the match to openly complain about the decisions of the referee on the field. “Every game he (Daronco) does this to me. Every game”, declared the striker during the game and the broadcast cameras captured the scolding.

With the result, the two teams can’t get where they wanted in the round. Atlético-MG reached 28 points with the tie and did not touch the leader Palmeiras. São Paulo arrived in 23rd and is still outside the G6 of the Brasileirão.

The first half was with both defenses taking advantage against the attacks. With Atlético-MG and São Paulo scoring strong and leaving few spaces, the 0-0 remained until the end of the first stage. Despite having more of the ball, Galo did not scare goalkeeper Jandrei at any time. The São Paulo team had Calleri isolated in the attack and little arrived in the miners’ area.

In the second stage the rhythm was similar. Despite São Paulo having more of the ball than in the first half, both teams continued without scaring the goalkeepers. In the final stretch, Atlético-MG complained a lot about two possible penalties, one from Miranda on Hulk and the other from a hand touch in the area, and in both Daronco did not score and VAR confirmed the field decision. With that, the 0-0 remained until the final whistle.