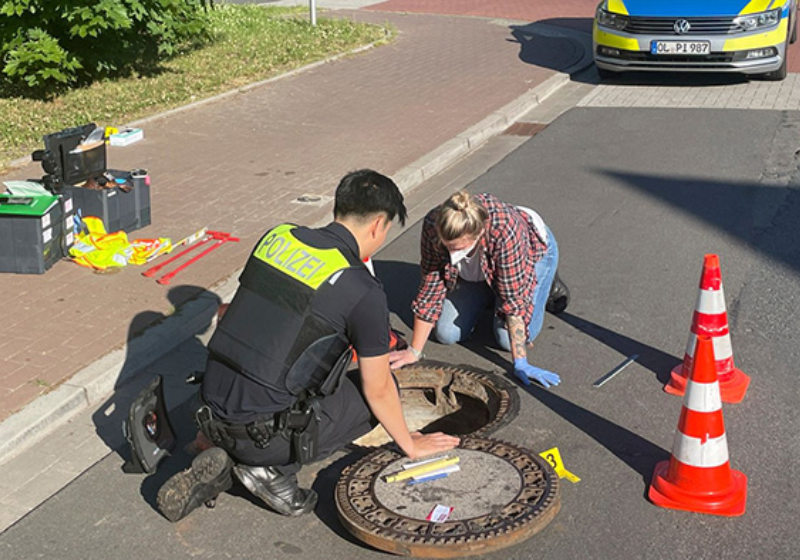 A phone call and the efficiency of the police were instrumental in finding a boy who had been missing for 8 days. The boy was found inside a culvert near the region where he lives.

The call of a stranger changed the end of this story. The man heard a cry coming from the manhole near his house and decided to call the police.

Joe, 8, lives in Oldenburg, northwest Germany, and disappeared on June 17 while playing in the garden of his house, according to a bulletin released by authorities. It is not yet known how he ended up in the storm drain.

Oldenburg Police said they received the call from the family shortly after Joe disappeared.

They searched all over the neighborhood and, for days, had no news.

Agents found Joe “completely naked” and scared. The boy was taken to the hospital because he had hypothermia, but did not suffer serious injuries.

The little boy’s father told local reporters that he is “doing well” under the circumstances.

Police are now investigating how the child ended up in the sewer system.

“After evaluating all traces and clues, officers now assume that Joe crawled down a drain into the rainwater sewer system on the day of his disappearance and lost orientation after several meters,” police said in a released statement. on Tuesday.

“Police have ruled out third-party negligence at this point.”

As for Joe, he remains in the hospital and is receiving treatment but has yet to be able to tell the police his full story in detail.

Boy was found with hypothermia after 8 days missing – Photo; reproduction

With information from Sunny Skyz