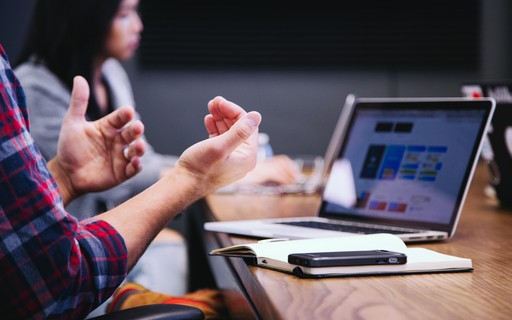 More than a century since the adoption of the five-day workweek by the American Henry Ford, which became the rule worldwide, a new model with only four days of activities begins to be tested, with positive results.

In Brazil, companies that instituted the new journey see improvements in efficiency, worker well-being, talent retention and even increased revenue. For now, the change has been adopted more by technology companies, such as Crawly, NovaHaus, Winnin, AAA Inovação, Gestoret and Eva.

But the model, which reduces the workload from 40 hours to 32 hours per week without changing the salary, requires prior planning with attention to labor legislation and organizational culture. In addition, to be successful in terms of managing people and business, it is necessary to review goals and daily tasks and frequently measure the results.

The concept comes from the experiences of companies in countries such as Iceland, the UK, Belgium, New Zealand, Scotland and the USA. Many decided to adopt more flexible regimes in the face of the phenomenon of the “great stampede” (professionals resigning) and professional burnout caused by work, a condition made official in the list of the World Health Organization (WHO).

+ The unexpected consequences of the 4-day workweek

In the country, 61% of Brazilian workers consider changing jobs in case of mental health problems and 74% believe that they would be more productive in a four-day week. Data from the Indeed recruitment platform, obtained exclusively by Estadão, also indicate that 79% agree to increase daily working hours to have a shorter week, and most are willing to support the company in implementing the new model (84% ). According to the survey, reducing the burden would also improve mental health (85%) and work-life balance (86%).

This is what has been happening with Gabriele Lima Silva, a customer experience analyst at Gestoret, since he won the free Friday. “I take the moment to be closer to my family, son and dog, in addition to taking more care of myself.”

Indeed Brazil’s sales director, Felipe Calbucci, says, however, that the four-day week may not make sense for every type of business, which requires careful consideration of the change. This implies special attention to the organizational culture, says Evanil Paula, president of Gestoranet.

The means of payment company adopted Friday free at the beginning of July and kept control of the point for the eight hours of daily service from Monday to Thursday. To implement the model, Gestoret closed an agreement with the unions for a new contract with the professionals, updating the journey for a six-month test. “This is important, because the company can reverse the decision, if necessary, without trauma.”

Similarly, the startup Eva organized an assembly and closed individual agreements with employees to reduce the workload starting in July. “Before defining the day of rest, a study is essential to assess the impacts and align with everyone’s expectations”, says the company’s president, Marcelo Lopes.

The four-day work week has proven to be a good strategy for retaining talent. In a heated market scenario where there are plenty of vacancies and a lack of professionals in several sectors, by offering an extra day of rest as a benefit, companies are able to compete for labor with foreign companies that have higher salaries.

At digital products company NovaHaus, this reduction in turnover has already had an impact on costs. The company’s president, Leandro Pires, says that there was a loss in delivery, but not in productivity. In other words, people reduced their working hours by 20%, but stopped producing only 7%. “However, this percentage was offset by a drop in turnover and an increase in revenue.”

The reduction of working hours was defined by individual agreements and, initially, lasts for eight months starting in March. Among the benefits to employees, there is still a “culture voucher”, worth R$ 400, and two streaming subscriptions, which have been very well used by the account manager Alyne Passarelli. “I do several things on the fourth off, from outings, which are more crowded on the weekend, to the series marathon. The idea is to have a break in the middle of the turbulent routine, not a long weekend.”

To measure the success of the strategy, NovaHaus adopted as evaluation indicators the comparison of deliveries, internal surveys to measure the level of happiness, project values ​​and the number of absences. “Employees are happier, less absentees and revenue has increased.”

Similar results were seen at Crawly, an online data collection and analytics company, which put in place the shortest week in March. “We had an increase in demand because of commercial and marketing, and we were able to deliver everything without delays”, says the company’s financial manager, Luisa Lana Stenner.

For both Crawly and the consultancy AAA Inovação, the strategy’s success is attributed to a reorganization of internal processes. “We ended email, WhatsApp groups, and adopted agile project management and internal communication methodologies and tools, such as Slack, Runrun.it and Discord”, says AAA president Juan Pablo Boeira.

The company adopted the shortest journey in January. In five months, there was a 120% growth in sales. “When we realized it was more efficient, we created Reset Day on Fridays.”

In addition to weekly monitoring aspects such as deliveries (performance), fixed costs, efficiency and mental health, AAA Inovação keeps in touch with customers to know the level of satisfaction.”

The decision to adopt the four-day week says much more about how to improve your productivity and efficiency than reducing a working day”, says the president of the Winnin platform, Gian Martinez. The company adopted the free Friday in August of 2021 and already sees an improvement in the well-being of workers and a reduction in turnover.