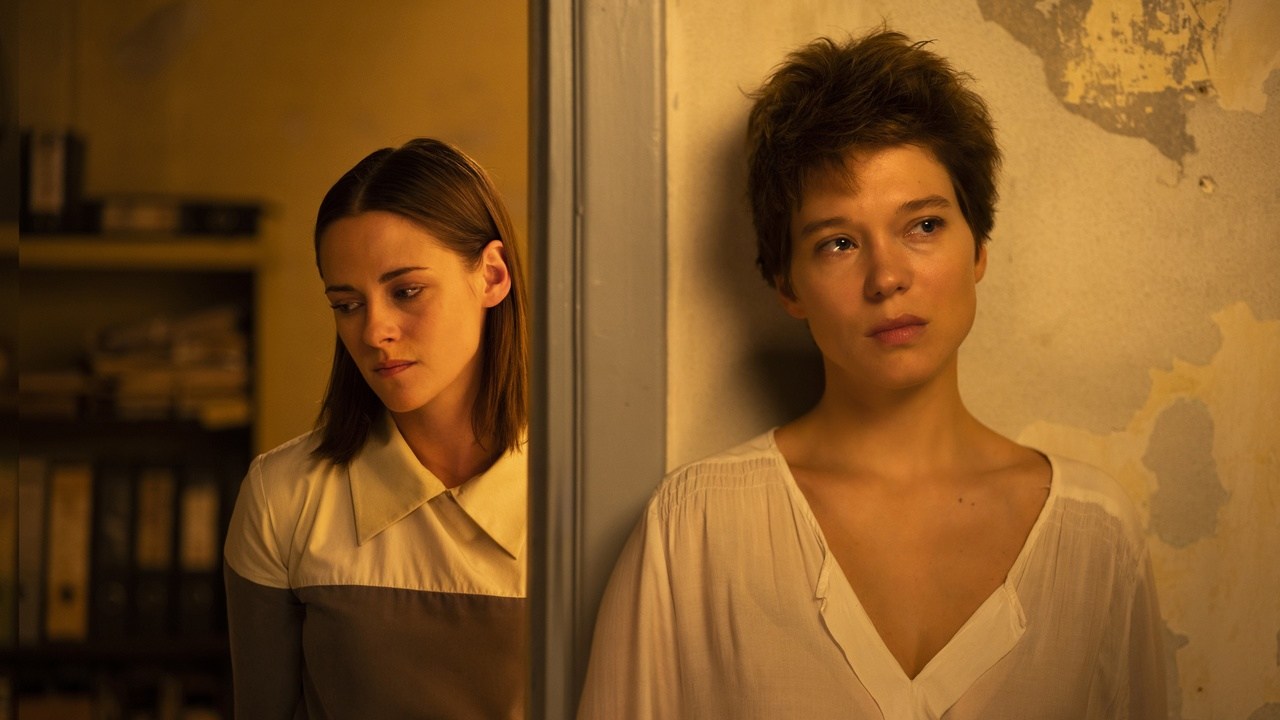 Crimes of the Future is David Cronenberg’s next work and has already been considered a shocking and controversial project, causing many spectators to abandon the cinema during its screening at the Cannes Film Festival. With Kristen Stewart, Léa Seydoux and Viggo Mortensen in the cast, the film is a body horror about human evolution.

Following the film’s premise, a disease called “Accelerated Evolution Syndrome” causes unusual organs to grow inside the body of protagonist Saul Tenser and his partner, played by Léa Seydoux, surgically removes them in front of a live audience.

As with the audience, David Cronenberg’s representation of bodily autonomy was not always clear to the main actors. In addition to Kristen Stewart commenting that she didn’t know what she was doing in the feature film, Léa Seydoux also said that she didn’t quite understand the proposal when she did her first script reading.

“I think that’s what David wants. He is an observer of his own work. I have to admit that I didn’t quite understand it when I read the script at the beginning. For me, it was also a metaphor for what it’s like to be an artist, and that’s how I related to the film. As artists, we just give it our all — our body and our soul.”

Crimes of the Future: Kristen Stewart’s New Film Promises to be the Most Disturbing of All; meet

David Cronenberg, for his part, said he “didn’t really care” if Léa Seydoux or any of her actors didn’t understand the meaning behind her story, as he wanted to provoke a raw performance.

“You cast brilliant actors who are perfect for the role, and it doesn’t matter if they think they don’t know what they’re doing,” said the filmmaker. “I’ve had a lot of actors say, ‘I don’t know what the hell I’m doing,’ and I’m like, ‘yeah, but you keep doing it.’ It’s what the actor brings.”

He continued: “We don’t have discussions, we don’t rehearse, we don’t intellectualize. When I see what happens on set, unless there’s something that everyone thinks has gone off the rails, I don’t say anything.”

As for the audience, the filmmaker explained the intention of the film

Although the main actors had no idea what they were doing, the audience will not be in the same situation. David Cronenberg explained some key points about the feature film and said that the protagonist is a true passionate artist.

“[Saul] Tenser is really an avatar, a model of the artist who is really giving everything he could give, opening up and giving what is the deepest, most intimate part of himself hidden inside,” said Cronenberg. “He’s offering that to his audience and therefore being incredibly vulnerable to ridicule, rejection, misunderstanding, anger. And to me, that is the model of a true passionate artist.”

The director believes that evolution is more than words can explain. It’s a broader interpretation of what the next step in human existence might look like, and that doesn’t always mean it’s a positive, effective change. “I think we are evolving, not devolving. Our nervous systems are completely different from humans 100 years ago. I think the use of screens, the use of digital technology has really altered our nervous system.”

Viggo Mortensen, who has worked with Cronenberg on four different films and forged a years-long partnership, praised the director for his ability to inspire confidence in his actors. “You realize he has your best interests, the character you’re playing, at heart as much as anything else. That trust allows you to experience things without much questioning that you would otherwise.”

Previous Production shows 10 days of flights on Boeing 747 planes from a large cargo company; see how to watch
Next Palmeiras sends document and is excited about the sale of Borja to River Plate