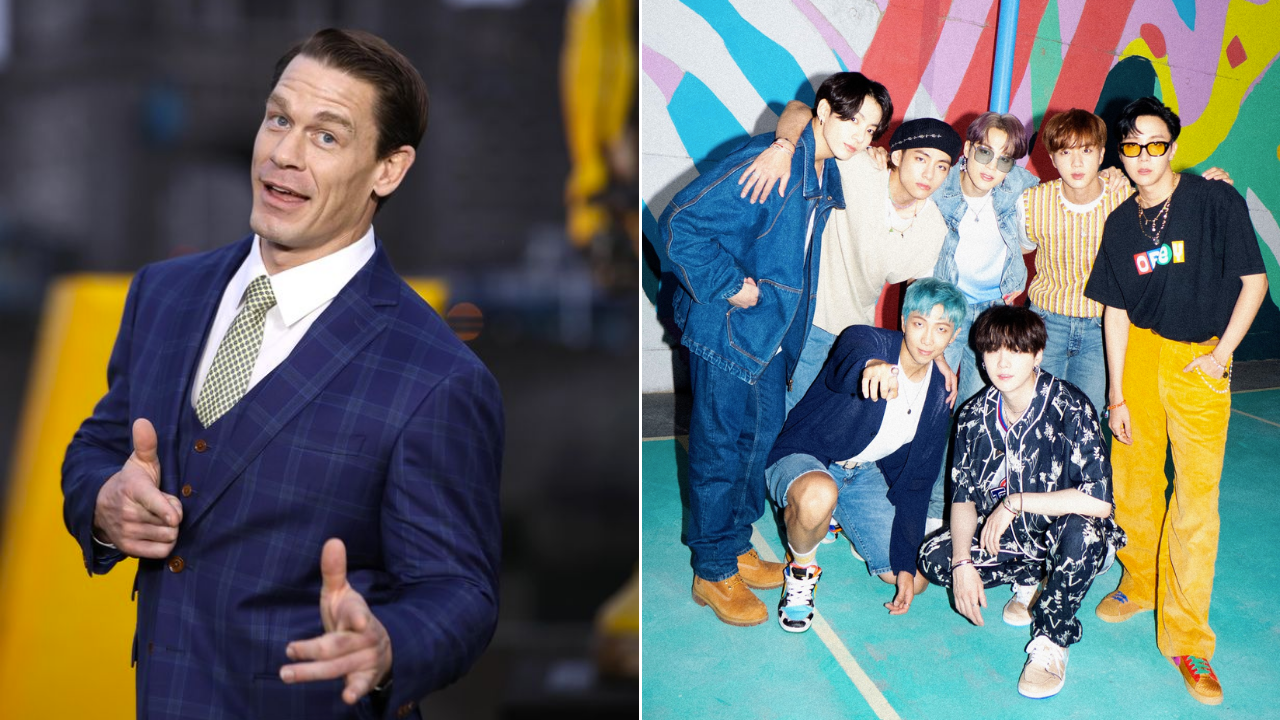 Did you know that these 10 actors are K-pop fans? Stars from Marvel, DC and Game of Thrones are on the list – Movie News

Meet the celebrities who have already declared their love for groups like BTS, BlackPink, EXO, MAMAMOO and Stray Kids.

that the k-pop is dominating the music charts is no longer new. The South Korean genre – which mixes rap, hip-hop, rock, R&B, ballad, techno and, of course, pop – has gone from being a distant product of the East to becoming a global phenomenon, even reaching the USA. All this with the more than special help of fandoms, who move heaven and earth to put their favorite groups at the top.

And fans aren’t just anonymous. Did you know that many celebrities like K-pop and have already declared their love publicly? With that in mind, the I love cinema listed 10 famous actors who have jumped on the K-pop bandwagon – including stars from Marvel, DC and Game of Thrones. Check it out below:

Chloe Grace Moretz is k-popper assumed! In March 2016, she watched a taping of Show! Music Core, famous South Korean TV show in which the idols often perform live. In her turn, the actress of Kick-Ass and Carrie had the chance to meet taeminthe singer Eric Nam and the girls of MAMAMOO. She even won a copy of the album “Melting” signed by the quartet.

Chloë also participated in other successful shows in South Korea, such as We Got Married (alongside Nam), I Live Alone and SNL Korea 6. In all of them, she expressed her love for South Korean culture and music.

“A Thousand Miles” isn’t the only hit that fits Terry Crews’ heart. The eternal Julius from Everybody Hates Chris is also a fan of K-pop, especially BTS. During the 2019 Billboard Music Awards, he couldn’t hide his happiness at meeting the septet, took some selfies and tried to post them. “Terry loves BTS! Terry loves award shows,” reads the caption of the photos, in which RM, Jin, V and Jimin appear.

You may not remember exactly the first scene of The Flash (Ezra Miller) in the 2017 version of Justice League, but it goes like this: Clark Kent (Henry Cavill) walks into Barry Allen’s dark room, but suddenly the lights come on and a song starts to play. It’s “As If It’s Your Last”, by blackpink. And rumor has it that it was a personal request from Ezra.

After all, he already admitted to being a fan of the girl group during an interview with Eric Nam to promote the Zack Snyder film. He commented on how much he liked K-pop and even showed a part of the choreography of “As If It’s Your Last”. Then, on his way through Seoul Comic Con, he received an album signed by Jisoo, Jennie, Rosé and Lisa. See the actor’s reaction below:

And who said Cruella can’t listen to punk and K-pop? Emma Stone, the interpreter of the most stylish Disney villain, confessed in 2015 that she was obsessed with the South Korean genre. During an appearance on Conan O’Brien’s talk show, she defined K-pop as a “global phenomenon”, “not only is it great, it’s the best thing you’ll ever see”, “it’s addictive”.

Asked if she has a favorite group, Emma said that, during the premiere of The Amazing Spider-Man (2012) in Seoul, she took the stage with the group. 2NE1 and who loves the song “I’m the Best”. He also cited the Girls’ Generationto the delight of the audience.

It is worth remembering that, in 2019, Emma presented an episode of Saturday Night Live that featured performances by BTS. In conversation with Jimmy Fallon, she said that, upon seeing the group’s soundcheck, she “involuntarily screamed”.

In 2017, Ansel Elgort embarked on an Asian tour to support his film Baby Driver. Asked if he knew K-pop, the actor not only replied yes, but also praised the style for its originality. At the time, he also commented that he was excited to see the members of BTS. They had met months earlier, backstage at the Billboard Music Awards – which won the group the Top Social Artist award.

The reunion, of course, provided many iconic images for the internet, like this one below where Ansel has fun with RM and V.

Let’s go Brazilian on the list! Maisa is among those who K-pop didn’t catch at first, but, at least since 2019, there are records that her cousin gave South Korean music another chance, especially for the BTS. And her tweets show that she struggles to learn:

Maisie Williams is ARMY at heart (purple, by the way). Arya Stark’s interpreter, the chieftain of game of Thronesdo not take your love for BTS just kidding. Starting with her Twitter cover photo: a montage in which she appears next to the seven members, as if she were being watched by them.

The actress – whose bias it’s Jungkook – he has already participated in the group’s challenges on social networks, such as the one for the song “IDOL”, in 2018. See the video:

Known precisely for being part of a fictional band in Rebelde, Sophia Abrahão could not help but be a fan of one of the most popular groups today: the BTS. In 2019, she went to the show in São Paulo, at Allianz Parque, and posted a record on her Instagram. “Rexxxxpeita”, she wrote in the caption.

More ARMY in Hollywood? Yes, John Cena is part of the fandom of BTS and he is not the least ashamed of admitting it – nor of praising the boys and their art. During an appearance on The Tonight Show Starring Jimmy Fallon, in 2020, the interpreter of the Peacemaker admitted that he only got to know more about the group when he became internationally famous.

So, when he heard the songs, Cena was surprised by the mix of rhythms (especially the rap) and the messages they brought. “They stand for self-love, not being afraid to fail, if you think you’re good enough,” quotes the actor.

Before that, she was already proving to be an ARMY on social media and even in her work. In his film Playing With Fire (2019), he asked director Andy Fickman to include “Fire”, one of her favorite songs, on the soundtrack. On the eve of the premiere, he took to his Twitter to thank Fickman for accepting. And one last detail: Cena’s favorite member is J-Hope!

To round off this list comes the one who gets along well with not just one, but several K-pop groups: Ryan Reynolds. The Deadpool star is a confirmed fan of the Stray Kids and even became a friend of the leader, Bang Chan, after the boy group gave a Deadpool-inspired performance on Kingdom: Legendary War. The two have already interacted on Twitter, when they exchanged autographed gin bottles.

Moving on: Reynolds has a selfie with Chanyeol from EXO, and with the whole group as well. The latter was taken in 2019, during his visit to Seoul to promote the movie Squad 6. In the caption, he wrote: “I joined the band. It’s serious.”

Every now and then, Reynolds likes posts from the official page of BTS on twitter. In 2019, it was an image of Jungkook working out. More recently, in 2022, there were two selfies of Jimin announcing that the Permission to Dance concert in Seoul was four days away. 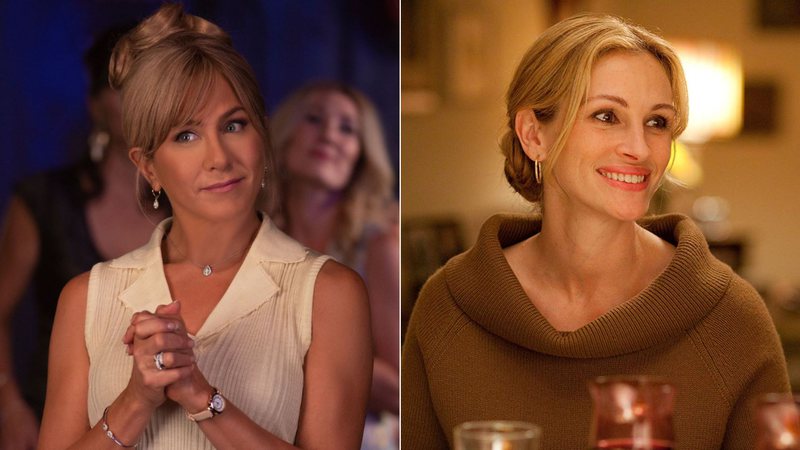