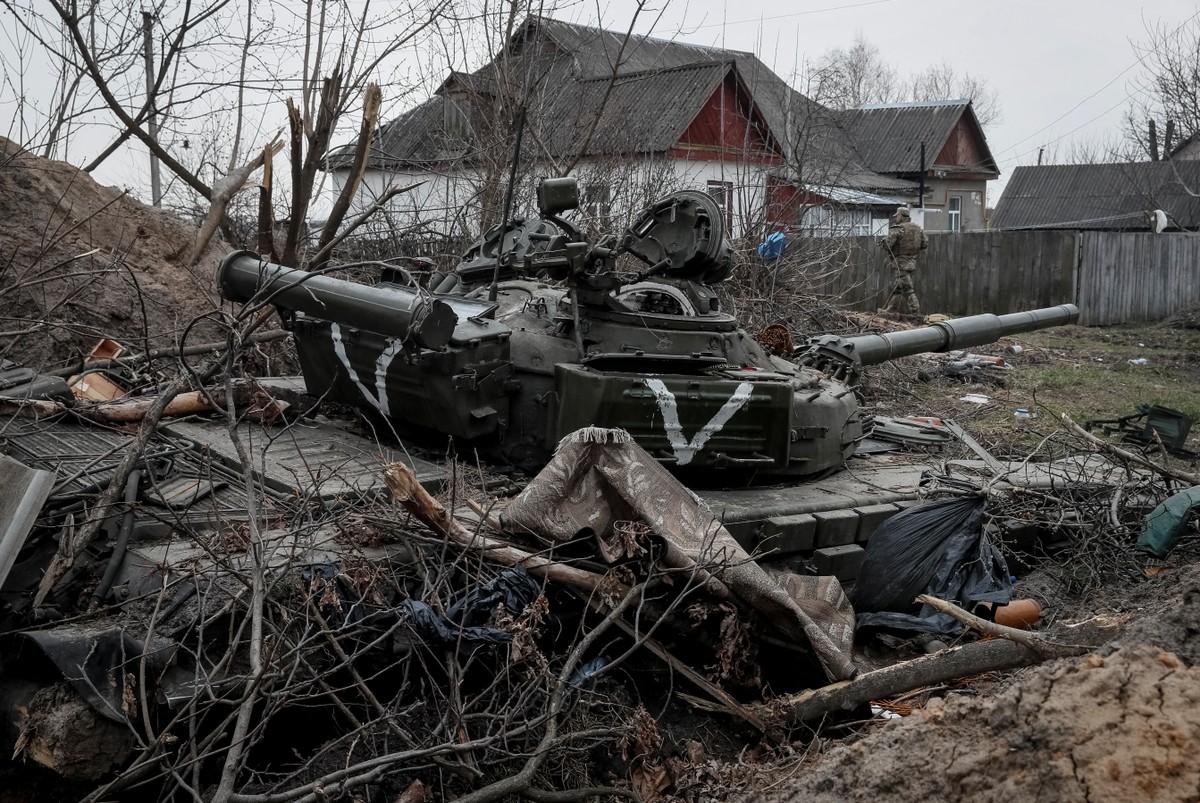 The many images of Russian tanks destroyed in Ukraine have led to the question of whether anti-tank weapons have rendered these war vehicles obsolete on the battlefield.

“This is an issue that comes up every time a tank is destroyed,” says David Willey, curator of the Tank Museum in Dorset, UK, which houses the world’s largest collection of tanks.

“As the tank is a symbol of power, when it is defeated people are quick to conclude that it has lost its usefulness.”

Russia is estimated to have lost 700 tanks this year (Photo: Getty Images/via BBC)

We’re watching a Soviet-designed T72 main battle tank test its engines and head to the gas station before a demonstration. This is the same model tank that crossed Russia’s borders with Ukraine in February and was destroyed by the hundreds by small groups of Ukrainians well-trained in the use of drones, Javelin missiles and the so-called New Generation Light Anti-Tank Weapons (Nlaws, in acronym in English).

“It’s important not to jump to the wrong conclusions based on what we’ve witnessed in recent months,” says retired US Army Lieutenant General Ben Hodges, who recently commanded US forces in Europe.

“The Russian tanks in question were poorly employed, lacked infantry support and lacked a strong noncommissioned officer corps as seen in the US and UK armies. Therefore, they were easy prey for Ukrainian forces.”

This T72 was a gift from the Polish Army to the Tank Museum — Photo: BBC

His views are echoed by retired British Army Brigadier Ben Harry — now a professor at the International Institute for Strategic Studies.

“The defeat of the Russians in the attacks on Kiev shows what happens when tanks are employed in a non-strategic way by a force that is not able to combine weapons (tanks with infantry, artillery and aircraft) and that has poor logistics,” he says.

The tank, one of the iconic modern symbols of warfare, has critics and defenders.

In 2020, in the Nagorno-Karabakh war, Armenian tanks were decimated by Turkish-made drones used by Azerbaijan. In Libya, these same drones, the TB2 Bayraktar, inflicted heavy losses on General Haftar’s forces, while in Syria, government tanks were also destroyed by Turkish drones.

In the first phase of the war in Ukraine, modern anti-tank missiles, supplied by the UK, US and other countries, proved crucial in driving Russian forces away from Kiev, the capital. Meanwhile, in the second phase of the invasion, in Donbas, massive Russian artillery was key to dominating the region, using destructive firearms to slowly secure the troops’ advance. 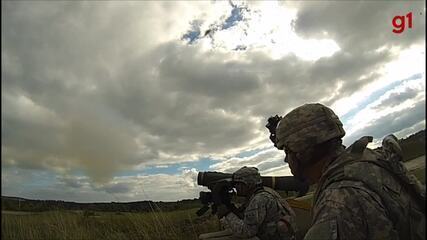 So far, Russia is estimated to have lost more than 700 tanks. Some were destroyed, others were abandoned. Most of these tanks appear in the images covered in reactive armor, which looks like a large rectangular box. This armor is designed to release a small explosion when hit by a missile, mitigating its effects.

But drones supplied by the US and European countries were developed to circumvent this mechanism, especially when hitting the tank from above, where the armor is more fragile.

“This war showed the power of drones,” says Barry. “It shows us that you need drones for defense, to fend off enemy drones. You need low-level air defense like lasers and electronic jamming.”

Something that could prolong the future of tanks is the Active Protection System (APS) — a way to deflect anything attacking you before it hits the tank.

“There are two types of APS,” explains David Willey. “One of them has electronic pulses that disorient the missile. The other fires at the missile, like a battery of bullets.”

The Israeli army has carried out extensive research in this area, especially since 2006 when its tanks were attacked by missiles used by the Iranian-backed extremist group Hezbollah.

Israel has developed an Active Protection System called Trophy. It works by using a radar to track a threat (missile or drone). Then, a rotary launcher in the turret fires a stream of explosive projectiles, neutralizing the missile or drone before it hits the tank. The Trophy, or a variant of it, will likely become standard on many of the newer western tanks.

“Advances in this technology will reduce the effectiveness of drones that today seem to roam the battlefield looking for soft targets,” says Hodges.

But is there a future for tanks?

“There will always be a need for armored, firearm-proof vehicles,” says Hodges. He envisions a not-too-distant future in which unmanned, remote-controlled tanks (essentially armored drones) will roam battlefields in tandem with manned tanks, increasing firepower while at the same time reducing the risk to soldiers’ lives.

“I was an infantryman and I would never want to be in a battle on the ground without the benefit of an armored vehicle with firepower,” he said.

Justin Crump, a former commander in the British Army and now CEO of the intelligence company Sibylline agrees.

“Tanks have the firepower, mobility and resilience that infantry don’t. It’s a flexible platform that can operate day and night, hit the target and surprise the enemy. Ukraine wouldn’t be rebuilding its tank fleet if they were not vital. They asked for twice the number of tanks the UK has.”

David Willey has trained the British Army and most recently visited Ukrainian soldiers.

“It’s not the best tanks that count, it’s the best crew,” he says. “The most expensive kit in the world does not guarantee a victory. Believing in the cause is vital and Ukrainians believe in their cause.”