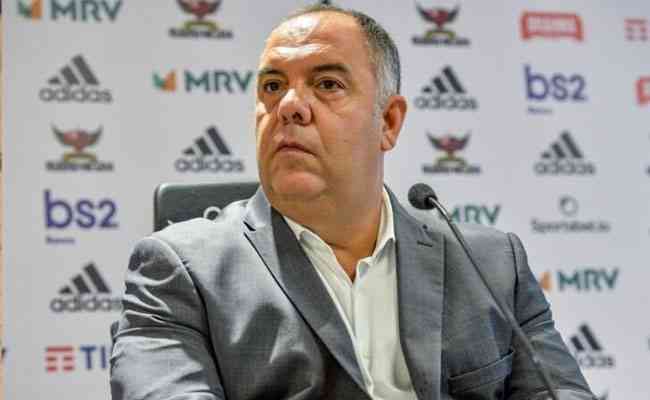 ‘It will be hell’: Braz, from Flamengo, strengthens climate in decision with Atltico

Flamengo’s vice president of football, Marcos Braz, once again stated, this Sunday (10), that Atlético will face “hell” at Maracan next Wednesday (13), from 9:30 pm, in the return game of the round of 16 of Brazil Cup final.

The red-black leader repeated the expression used by striker Gabigol shortly after the first leg, in Mineiro, where Flamengo was defeated 2-1.

At the time, Gabigol said that the confrontation with Galo was open and that the rivals would meet in Rio, “what pressure and hell”.

Flamengo will need to beat Galo by two goals to advance to the quarterfinals directly. If he wins by a minimum advantage, the decision of the spot will be on penalties.

Shortly after Flamengo’s 1-0 defeat to Corinthians, this Sunday, in Itaquera, for the Brazilian, Marcos Braz spoke again about the confrontation with Atltico and repeated Gabigol’s speech.

“I’m absolutely sure that it will arrive with a lot of tranquility, the team is very experienced. Some players who could come here, didn’t come for a greater protection in this game on Wednesday. And that: Maracan will be full, there will be a big party and it’s going to be hell. That’s the truth”, declared Braz.

Flamengo’s vice president of football continued: “But that’s it, when we say that, not in terms of having any kind of problem, in terms of pressure, Flamengo wanting to win, the commitment of the players, the race of the players and outside the crowd, pushing Flamengo more than ever. Football is getting very boring, any polemic statement. We have to start to humanize it even more. This is good for journalists, good for football, good for everybody. But there will be hell”.

Atltico even asked for punishment to Gabigol

On June 25, Atltico asked the Superior Court of Sports Justice (STJD) to punish Flamengo striker Gabigol. In Alvinegro’s view, the Flamengo player incited violence by saying that the return game of the round of 16 of the Copa do Brasil will be hell for the Atlético team.

Another request made by Atltico is that Torcida Jovem do Flamengo will not compete against Maracan. Posts from the organization circulated on social media urging members to take iron bars and machetes to the stadium and that aggression was open to any fan wearing black and white. Posts have been deleted.

Torcida Jovem, from Flamengo, however, is already banned from attending the stadiums.

Last Friday (8), the STJD decided to file the complaint against Atltico for disagreeing with the Minas Gerais club’s complaints.

Previous US and allies discuss ways to end the war in Ukraine, says German newspaper
Next how to make this sweet that is pure temptation