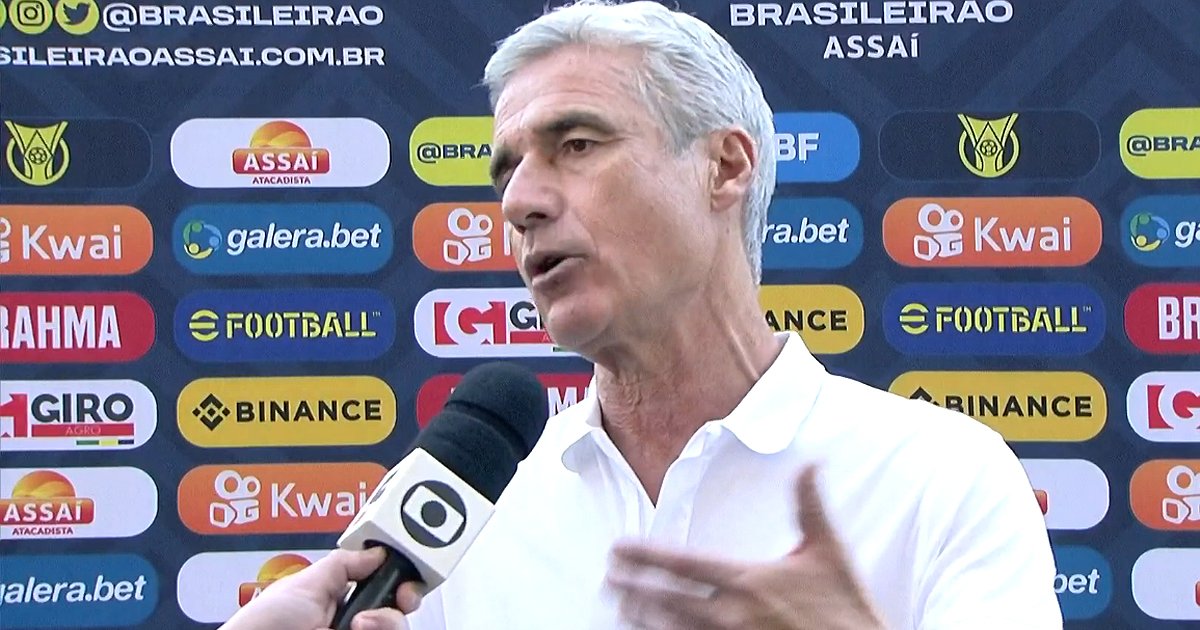 Luís Castro justifies the system at Botafogo and says: ‘We are weakened and surviving the championship. We have fragility and situations to solve, and we will solve it’

technician of Botafogo, Luís Castro held a well-conscious press conference following the 2-0 loss to cuiabá, this Sunday (10/7), at Arena Pantanal. He justified the maintenance of the three-half-back scheme and explained that he had no parts available to play in any other way.

– Erison was available to play 100% without any disability. We made three defenders and projection of the wingers, in addition to Lucas Fernandes and Piazon making the move. Foward, we have Jeffinho and Daniel Cruz, they have quality, but they are not ready for Serie A yet. We have to be very careful, we can’t negatively impact them and harm them and the team much more. At this point, the most important thing is to understand who we have to play with and put together something that will lead us to succeed in the game. We had been having success in the last games in the championship, with this system of three (defenders), we can continue to have it. Even if we wanted to change today, we don’t have much to change – explained the Portuguese coach, who analyzed the game.

– Before the expulsions, we had situations to draw, we had dominance, not strong. We didn’t arrive often in the first half, in the second we installed the game in the opponent’s midfield, we went from the 3-defenders scheme to a 4-3-3, with Piazon in the middle and Jeffinho and Chay in the aisles, because we didn’t have wingers. The team then tried with ten, with nine, but it was practically impossible after Cuiabá made it 2-0 – He admitted.

– The truth is that we are weakened, we are not at our maximum strength. We’re going to have to change a bunch of things. And it is natural that this causes distrust, I continue to realize that we have to go through a difficult path, in a moment of some fragility, but overall we are holding on and surviving the championship. We are not doing the championship we wanted. We have fragility and situations to resolve. Let’s settle. My role as a coach is to solve the problems that games and squads bring us. Let’s settle. We count on everyone who is available – he added.