Since 2020, with the emergence of the Coronavirus disease (COVID-19), there has been an increase in demand for information about mental health. On streaming services, it was no different. Productions that address topics such as depression and anxiety are increasingly seen in services such as Netflix, HBO Max, Prime Video and Globoplay.

With that in mind, Flávia Barbato, a behavioral psychologist who works at Telavita, a digital mental health clinic, prepared a list of eight productions that address the topic and help to broaden the discussion and awareness around it. Check out: The series portrays the life of Tara, a housewife with dissociative identity disorder who, after taking a break from medication to discover the real cause of the illness, awakens her other personalities: the wild teenager, T; the housewife Alice; and Vietnam veteran Buck. The episodes show how the disorder affects her relationships and the support of her husband and children in the routine. The acclaimed series created by Sam Levinson addresses the personal experiences of a group of teenagers at school, regarding friendships, relationships, drugs, trauma, bullying, acceptance, grief, insecurities and sexuality. With two seasons available, each episode shows how the characters’ choices are reflected in each stage of their lives. In animated format, the series shows some disorders, such as drug addiction and abuse, depression, anxiety and other psychological problems, in a realistic way that, sometimes, it becomes possible to forget that it is a cartoon. The production has as its main character Bojack Horseman, a decadent Hollywood star, who tries to survive the new times when he realizes that his career will never have the importance it once had.

The series that mixes comedy with a dash of drama brings complex characters, immersed in family conflicts and other sensitive themes, such as depression, suicidal tendencies and homosexuality. The issues brought up in the script are treated in a light and relaxed way, in which it is easy to identify with the stories told during the four available seasons. 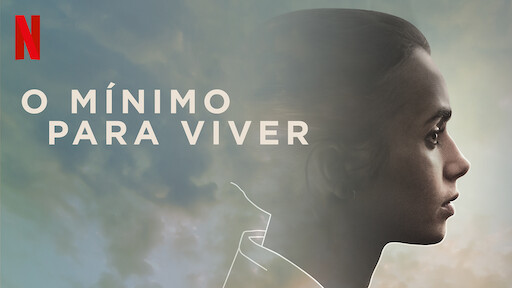 5.The Minimum to Live (Netflix)

The film starring Lily Collins brings a debate about anorexia and self-esteem. With no prospects of getting rid of the disease and having a happy and healthy life, the character spends her days without hope, in a house with other patients who also suffer from the condition. Only when an unconventional doctor gets in her way does she embark on a journey of self-discovery that will be instrumental in changing her story. 6.The Bright Side of Life (Globoplay)

The romantic comedy tells the story of Pat, who, after leaving a psychiatric clinic after being diagnosed with Bipolar Disorder, tries to adapt to the new routine living with his parents. However, everything changes when he meets Tiffany, who has frequent tantrums. The film touches on important issues in a light and exciting way, also bringing a humorous look at the theme.

The production revolves around Susanna, a young woman diagnosed with Borderline Personality Disorder (borderline). While in a psychiatric hospital, she discovers a new universe of people in similar situations to her. The film is based on the memoir Girl, Interruptedby Susanna Kaysen, in which she reports 18 months of hospitalization in a psychiatric hospital.

The 2015 film tells the story of Davis, a successful investment banker, who enters an emotional disconnection process after losing his wife in a tragic car accident. With that, he enters a process of internal analysis and begins to rethink his whole life, in an effort to see where his mistakes are, until he meets a woman in a chance meeting, who will make him see other perspectives.

The MCU’s latest venture, She-Hulk: Lawyer, just debuted on Disney+, but what follows will be …